ITVX is only the beginning for ad-supported VOD 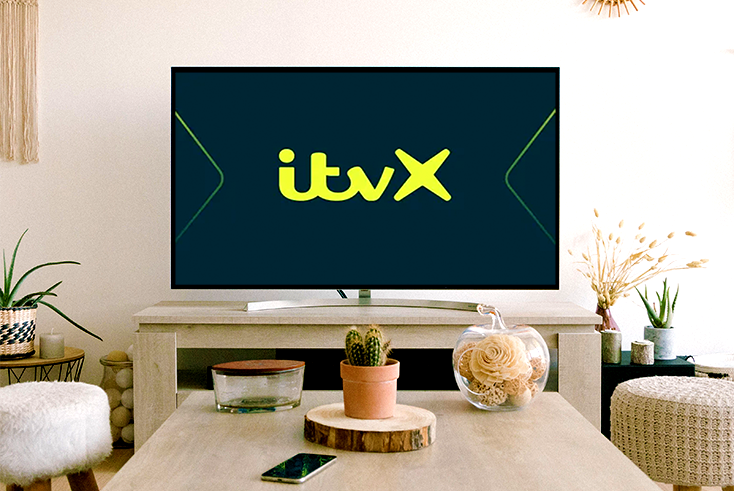 Will ITVX’s ‘futureproof plan’ rival the likes of Disney+ and Netflix?

It’s baffling to think that just 10 years ago when I worked at ITV, the world of broadcasting was almost entirely terrestrial first. Streaming was only just getting off the ground.

That’s not to say traditional broadcasters weren’t concerned or aware of the impact that video on demand (VOD) services were having.

ITV introduced ITV Hub to transform its business for a digital-first world, where audiences watch content on their daily commute to work, or on their travels abroad.

As this kind of flexibility became ubiquitous, the focus swiftly expanded to the quality of content.

It ushered a new era of programming as the demand for unmissable shows such as Game of Thrones and Stranger Things skyrocketed.

With eight of the largest media groups in the world now planning to spend at least $115bn on new content in 2022, the recent launch of ITVX has started a much bigger conversation about potential answers to the sector’s greatest hurdle yet – how to fund our insatiable appetite for blockbuster content.

While advertising VOD (AVOD) models such as Now TV, Rakuten TV and Pluto TV have been around for a few years now, they’ve drawn more attention in light of recent reports of slowing demand for subscription based VoD (SVOD) services; in Q2 2021, only 2.3% of Great Britain’s SVOD households took out a new subscription.

Considering these figures, streamers like Disney+ would likely have been looking for ways to communicate new options to prospective users, involving a combination of free or discounted fees with a limited number of ads.

It was little surprise then that after ITVX’s launch, Disney announced that it would be introducing ad-supported subscription options.

While some industry voices have expressed concern this could be too soon as the platform has not yet fully established itself, the disclosure of these plans begins an important dialogue between streamers and consumers about how their favourite new shows are brought to them.

The elephant in the room for prospective advertisers is of course whether there’s any appetite for this kind of change among consumers.

Recent research suggests there is. Based on the number of paid platforms, Comcast research that showed 80% of consumers would prefer an ad-supported service over another premium SVOD service.

Similarly, recent Criteo research found that 70% of UK consumers would now opt for ad-based video services to save money.

From the get-go, ITVX positions new content as the product of both premium and ad-funded subscriptions.

A wealth of dramas will now stream first and for free on ITVX – ITV Hub currently has 4,000 hours of content while ITVX will have around 15,000 hours at launch. It’s an impressive ambition and one that will only be achievable through successful and targeted advertising spend.

Viewability will be key metric for the digital advertising demand headed in ITVX’s direction.

If ads fail to keep users entertained in between programmes, ad breaks could single-handedly disrupt our love affair with binge-watching TV series.

With audiences split across lots of different platforms, choosing what they watch and when, achieving relevance is only possible through technology that can handle this many disparate audiences and choose content based on the relevance of each prospective advertiser.

At this level of granularity, the sentiment of every brand webpage is used to infer which ads should or should not be placed.

For the viewer, it will make a world of difference in the relevancy of the ads they’re seeing, maximising the chance of ads informing a purchase – which in turn heightens the value of placements and ongoing advertising investment.

As reach and frequency become more precise, a greater pool of brands will have the opportunity to set themselves up on channels for no more than they would spend in other publisher networks.

In turn this gives platforms like ITVX a chance to address one of the greatest bugbears of traditional TV advertising – the repetitiveness of ads – by adding far greater variety and the real chance to connect audiences with the particular brands they care about.

The efficacy of TV advertising and focus on audience experience will mean that ad load can be kept to just one or two per programme.

Keeping the number of ads minimal means the viewer experience is smoother, the viewability of the ads skyrockets and both the brand & platform win.

ITV is not alone in its move towards an ad-funded streaming model. Rakuten TV currently sees over 12 million unique viewers across Europe on its ad-funded platform, Amazon recently launched ad-supported TV on IMDb and only recently did the Netflix CFO leave the door open to adverts appearing on the popular streaming service.

The ITV of today is a world-class, modern-day broadcaster. It still offers an alternative to the BBC and Channel 4 for linear viewers, but it also promises a future-proof means to provide all the great new content of digital-first entrants like Disney+ and Netflix at a price anyone can afford.

With so much potential to connect thousands of brands to their audiences through ad-supported streaming, ITVX has a futureproof plan for its content and the vision to match its global competitors. This combination will win market share for one of Britain’s longest-standing broadcasters.

Matthew Hogg is vice president at Criteo. He previously worked at ITV for more than three years including projects like overhauling ITV.com and ITV Player.