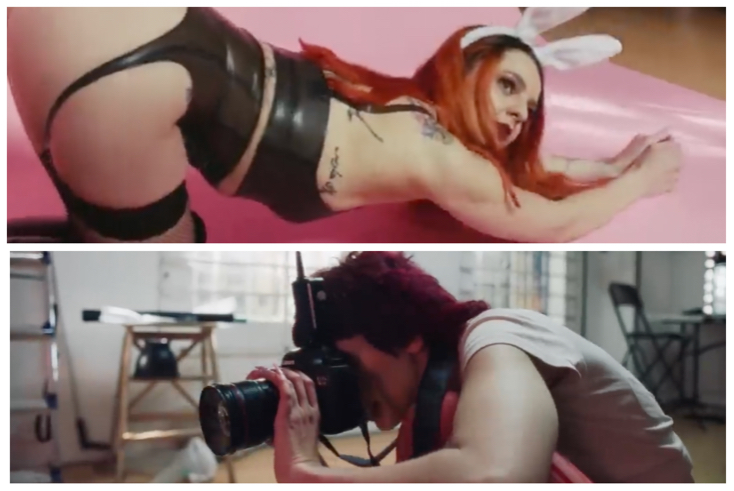 Screenshots from the Planet Woo ad

A pre-roll YouTube ad for Planet Woo has been found to be “likely to cause serious and widespread offence” to a general audience.

The ad was for the ITV-backed Gen Z media proposition’s Life in Love with Layla & Wolff, part of a web series Life in Love which was broadcast on adult website OnlyFans.

The Advertising Standards Authority upheld a complaint that the ad was sexually explicit, featured nudity, swearing and smoking, and had been irresponsibly targeted. The specific complaint was made about the ad seen before a video on the Pilates and Yoga with Katja channel.

Planet Woo told the ASA the ad was intended to provide an “honest and accurate” representation of the editorial content of the web series and they had taken appropriate steps to make sure it was appropriately targeted.

It was only served to users registered as 18 or older, and whose viewing history included keywords like “transgender rights”, “sex positive”, “sex advice”, “sex”, “drag race”, “relationships”, “love”, “LGBT”, “gender expression”, and others.

“Love” and “relationships” were general terms, and a number of channels the ad appeared on had “significant child and family audiences” despite targeting exclusions. For example channels dedicated to Minecraft, Kids Fun TV and Tic Tac Toy Family.

The ASA concluded, in the context and media in which it had appeared and the themes of sex positivity, the ad was likely to cause serious and widespread offence, had been irresponsibly targeted and its depiction of smoking was irresponsible, regardless of targeting or the medium in which it appeared.

ASA told Planet Woo to ensure their ads were “socially responsible”, did not encourage smoking and were appropriately target to avoid causing serious or widespread offence with swearing or nudity in media likely to be seen by children.