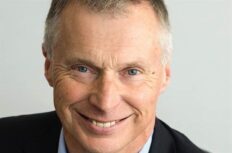 ISBA has launched the third phase of Origin, its cross-media measurement initiative, which aims to move the project from concept to build stage.

Until now, the focus for Origin has been to design and test the idea of the platform which included the creation of a prototype and the completion of a proof of concept earlier this year.

The aim of Origin is to successfully measure advertising campaigns across TV and digital media outlets without counting particular audiences more than once.

Origin has secured £11m of funding for the next phase of the project from over 40 different organisations, including 25 big brand advertisers and six media agency groups: Omnicom Media Group, Publicis Media, GroupM, Dentsu, IPG Mediabrands, and The Kite Factory.  These companies are collectively responsible for over 80% of the UK’s annual media billings.

Absent again are the UK’s biggest commercial broadcasters – ITV, Sky, and Channel 4. Senior execs from the TV companies have expressed private concerns about how measurement for TV ad audiences can be fairly equated with video views on YouTube and Facebook. Tech platforms’ lack of third-party measurement has also been raised as a concern; UK TV audiences have been measured independently by BARB since 1981.

The two-year programme to build the platform will start this year and ISBA has selected Accenture to manage this phase and build the cloud-based technology infrastructure for Origin.

ISBA said the new platform will be integrated with specific systems and methods that are used in the media ecosystem, including industry data agencies and digital advertising platforms. Origin will establish data interfaces with each of these partners.

Kantar, which was awarded the contract to build the panel, is making “significant progress including the necessary panel exchanges with global data providers”, ISBA added.  Kantar have also been appointed to design the Virtual ID model which will be a key component for assigning demographics and reach to online impressions.

Origin is supposed to go live in 2024. Before then a fourth phase is due to begin next year in which selected media owners and advertisers will be onboarded into the system and final tests will take place.

Phil Smith, director general of ISBA (pictured, main image) said: “We’re delighted to see Origin’s ambition to be a global prototype for accountable cross media measurement come closer to realisation. This is a top priority for advertisers globally and Origin continues to be led by the WFA’s Framework and North Star, with a solution that brings together common, global components and local market requirements.”

In March, ISBA announced it would start looking for a CEO of Origin, a new position, after Tracey Kitt, the former director of Origin, left within months of taking over the role from Richard Halton, the project’s first director who left last September.

Ian Dowds, CEO, UKOM, on 19 May 2022
“"Tech platforms’ lack of third-party measurement has also been raised as a concern; UK TV audiences have been measured independently by BARB since 1981" It's worth saying that we're expecting YouTube audiences to measured in some detail once more on PC tablet & smartphone by UKOM via Ipsos iris in the coming months and the UKOM (independent & objective) data DOES still give give topline audience data for the likes of Facebook, Snap, TikTok etc...although we really do wish those platforms would be less coy and engage more with the industry standard around transparency of their audience data!”