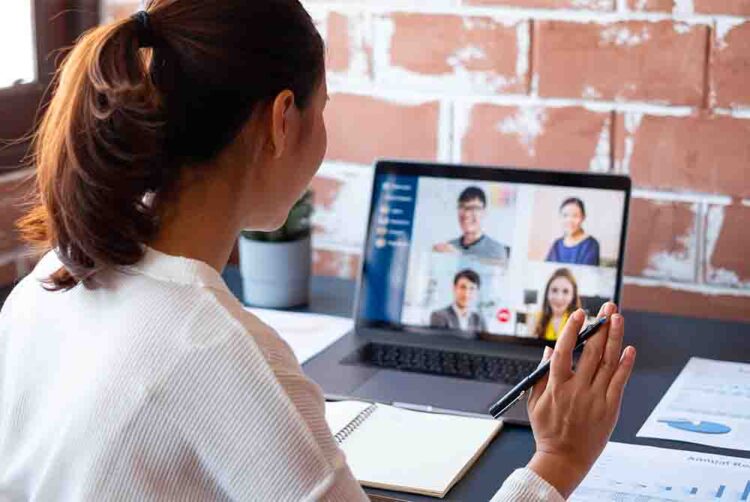 The internet is coming for Malcom Gladwell after the author boldly stated: “It’s not in your best interest to work from home” — especially if you’re working in media or other creative industries.

Gladwell has previously been vocal about writing his books while travelling the world but believes that his current gig — as president and co-founder of Puskin, a content company focusing on podcasts and audiobooks — means he can see both sides of the coin in a truly unique way.

While creative Twitter is aghast, is there any merit in his argument?

There certainly is if you work at SpaceX, where Elon Musk laid his feelings bare in a recent memo which stated that staff must “spend a minimum of 40 hours in the office per week”, or else depart the company.

Similarly, the leaders of financial giants Goldman Sachs, Morgan Stanley and JPMorgan Chase have also been vocal in their disdain of remote work, implying that it showcases a lack of ambition which will ultimately harm your chance of promotion.

So strong are the opinions of JPMorgan CEO Jamie Dimon, that in his annual shareholder letter, he wrote that those who wanted to rise to the upper ranks of the company “cannot lead from behind a desk or in front of a screen”.

Which poses the question — is this attitude a hangover from the Gordon Gecko era or an unintentional reality we need to be aware of? Unfortunately, statistics show that it’s very much a reality — especially for Gen Z workers or those who work within creative industries and who may miss out on the networking and soft skills side of office life.

The Mediatel job board is full of companies looking to hire across all creative industries and at all levels. Current vacancies exist with Sky, MediaCom, Sony, Pinterest and Bumble.

We already know that the pandemic changed the way we work forever. Forced remote working resulted in increased productivity and a happier workforce which boasted of a greater work-life balance thanks to a lack of commutes or unnecessary office politics. This enabled focused work and the smashing of targets.

The desire for flexibility resulted in the creation of a hybrid workforce which, according to a recent Microsoft survey, is what the majority of us want — 77% of us, in fact — and which companies are only too happy to provide.

However, in terms of career progression experts are warning that remote working puts us at risk of missing opportunities due to proximity or distance bias, while statistics show that while remote and office-based workers do ultimately receive the same salary, office-based workers get there faster.

So real is proximity bias, which is the brain’s tendency to favour people in close proximity despite the objective facts, that HubSpot announced earlier this year it would be focusing on proximity bias education, and tracking promotions to ensure remote staff didn’t fall foul of the phenomenon. It is a sentiment echoed by 66% of staff at Prezzi, who felt that colleagues who worked from the office received preferential treatment compared to those who worked remotely.

Similarly, experts are warning that the impact remote working has on soft skills is detrimental to career progression for all sectors. That is especially for those industries that require collaboration, such as media or publishing, and for younger workers such as Gen Z. This cohort is experiencing the workforce for the first time, and need guidance and modelling on how to work with different personalities.

It’s true that those after meeting chats which can spark ideas or facetime with the boss while making coffee just don’t happen while working remotely. Similarly, it can be harder to get to know your team without after work drinks, and the bonding that comes from late night deadlines.

So, what can you do if you want to get ahead when you are ambitious but want to remain in a flexible environment?

Look at your company structure

Use the extra time wisely

If you’re saving time each day on commuting and remain dedicated to getting ahead, then why not use that time to upskill? Identify your next career move, focus on a gap in your skill set your next position requires, and use the time accordingly.

Either seek out external training or ask a senior member of the team to mentor you while you take on a new project, requiring said skill.

What’s required from you to move to the next step? For many of us it’s showing our ability in leading projects or exhibiting a deeper understanding of the sector. So when do you do your best work to enable this to happen?

If you are able to focus on deep work later in the evening, structure your day as such. If you’re an early bird, look to start on the deeper work first thing. Use the flexibility of remote work to show your ability and get ahead.

Ask yourself the difficult question

How important is flexibility in the workplace to you, and is remote working a deal breaker? Then you have to ask yourself — is it time to move on?

If you can already see colleagues who favour office-based work getting ahead, then you might need to move to a remote-first company, or to a company which insists teams are aligned when it comes to flexible working.