How Twitter and social media can build back better 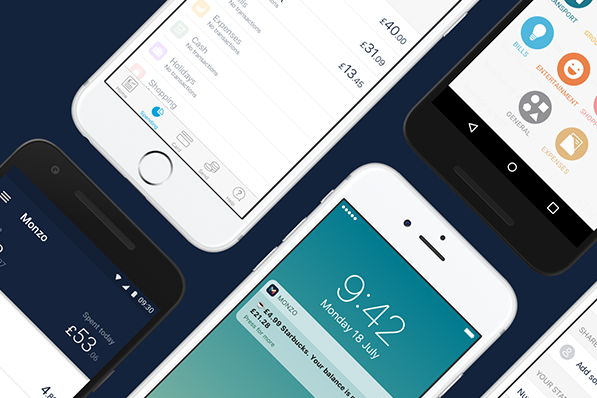 You already know that the world’s most famous tech billionaire bought Twitter. You’re also probably aware that whether you regard this as a good or a bad thing, is partly driven by where you sit on the so-called left-right spectrum. So, I’m going to ask that if you’re sitting on the left of that spectrum, please take off that hat for a moment and put it to one side.

But wait, if you’re a big lover of Musk, I ask that you too do the same thing. If possible, wherever you might position yourself politically, I want you for a moment, to take a step back – right back. So far back indeed I want you to go off-planet and look back down onto the Earth, then step back even further in the mists of time, back to the land of Babylon.

I want you to imagine you are God.

As you look down on this place, called Babel, you see that the people are building a mighty tower. A young chieftain called Zuckerberg has managed to transport people here from all over the world and powered by their common goals – chatting about cats, babies, computer games and all the things that make them happy or sad – they seek to work together. Their enthusiasm for one another in the form of likes and shares helps the tower grow tall and mighty and for a while it seems that humanity may be capable of building a great and beautiful monument, where science can flourish and truth may be shared for the betterment of everyone.

Yet all too soon, cracks in the mortar begin to show. Not everyone in this tower loves their fellow man nor their ideas about vegan cats, baby weaning or gendered toilets. Every night, even those that spend their days building in the light, are found chipping away at the foundations. Comments, threats, falsehoods cause parts to crumble and crack until everything is destabilised. Soon, it doesn’t seem worth building anything anymore if just one “wrong” comment can bring down a lifetime of work. Slowly the tower becomes a place of destruction, but still central to the lives of all citizens; except now, when they meet bare earth, they dig. The Tower of Babel becomes the Pit of Babel, from which the citizens cannot escape. Indeed, they’ve forgotten how to build.

Of course, in the old story, God is to blame for the Tower of Babel never being completed – supposedly “He” disrupts the work by creating different languages and scattering humanity across the face of the Earth – why does He do this? Because “if as one people all sharing a common language, they have begun to do this, then nothing they plan to do will be beyond them.”

Now, The Media Leader is clearly not the most obvious place for Bible interpretation, but I’m not one for thinking about God as having a competitive streak, so I like to believe if the parable of Babel is to be useful today, it is instead in the form of Jonathan Haidt’s analogy for social media, published in The Atlantic this month. In it, Haidt illuminates the early techno-optimism of social media in the time of the Arab Spring and Occupy movements, connecting the world in one language that could undermine dictators and bring about human flourishing. Then he shows, with academic rigour and deep concern for democracy, that our groupishness and our capacity for confirmation bias are not only undoing that dream, but they’re also trashing it.

“Social media’s empowerment of the far left, the far right, domestic trolls and foreign agents is creating a system that looks less like democracy and more like rule by the most aggressive.” It’s powerful, alarming stuff that’s sounding the death knell for the current social experiment – not because Haidt says so, or because Elon buying Twitter is a good or bad thing, but because it’s become obvious to all that social media in its current form is the undoing of what it is to be social.

But there is hope. Many of the suggestions Haidt makes to reform social media – verifying identity, adding friction to sharing – they will come, but I also believe cultural and political change is on the horizon. The weary majority of the Western World are crying out for leaders that can bridge the division and stories that unite rather than divide. I’m also more hopeful than Haidt that there’s a way out of all this because – as Douglas Coupland and co. write in The Age of Earthquakes, “technology cannot alienate us, it just shows us new aspects of our humanity”.

Just as Gen Z have learnt self-control and don’t drink as much as the generations before them, humanity does adjust, adapt, learn from what has gone before. Indeed, it’s article’s like Haidt’s that are the way out, because education will save us – and here I don’t mean the politicised educational agenda of left or right but the most important education of all, the stuff that isn’t on the curriculum but needs to be, education about what it is to be human being.

The behavioural sciences, which unpack the truth of our human behaviour, must be taught in our schools as a matter of urgency.

Arming our young people with understanding of their psychological biases and evolved responses is the way we will get them to step back from digging the endless debate and build again. We know, for example, that the only validated way to get anyone to change their mind about anything is to engage them in “meta thinking” – thinking about the nature of thought. Ask not why someone is right or wrong about Beergate, Partygate or even Musk’s purchase – which we know just causes “motivated reasoning” – but “could they be wrong, what would it take for that to be possible, what does it mean to be right or wrong?”

And therein begins a conversation from which truly constructive debate is at least possible.