How to successfully download gaming onto your media plan 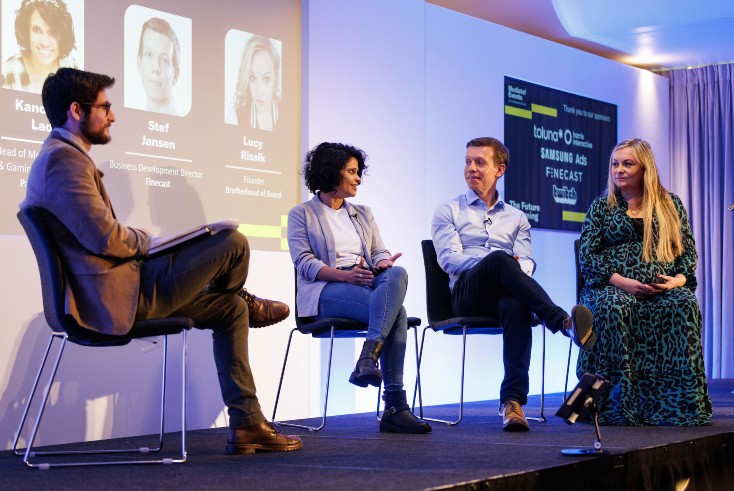 How do media buyers harness the success of gaming – with its richly diverse and highly engaged audience — and integrate it into their media plans?

They need to be authentic, take a wider approach to marketing strategies, and avoid gamer stereotypes, a panel of experts told an audience at Mediatel Events’ The Future of Gaming event last week.

Make it meaningful and relevant

When it comes to gamers, the panel suggested playing the long game by forming partnerships that are meaningful and long-term.

Lucy Rissik (pictured, main image, right), founder of Brotherhood of Brand, and former head of partnerships for video game company Electronic Arts (EA), said: “As a brand, it’s key that you’re making sure that there is relevance and authenticity to what you’re doing in the space. Gamers are the most cynical audience, and they will call out things like a can of Coke in RuneScape — a fantasy game with ancient gods and guilds.

“Sometimes it’s better not to go for the biggest games — not everyone needs be in FIFA. It’s making sure you know who your audience are and their interests. You’ll find these games that have amazing audiences.”

Pizza restaurant chain Papa Johns has partnerships around gaming, not just in-game features. The company’s head of media, content and gaming partnerships, Kanchan Lad, said: “We’ve decided on a full funnel approach, from driving brand awareness to bringing partnerships to life. So, we looked at co-branded pizza boxes, which were quite a hit considering we serve pizza in them, and people were keeping the boxes as a collectible.”

This led to some interesting user generated content over the four-week period that the co-branded pizza boxes were out in circulation. Gaming partnerships created interesting assets.

“This helped us move gamers through the funnel,” Lad (pictured, main image, left) added. “We also created a custom meal deal that considered gamers, looking at the average order ticket value for this audience.”

Stereotype gamers at your peril

Rissik said relying on gamer stereotypes was a mistake marketers should avoid. “People often put gamers into a box and think their interests are fast food or energy drinks. They think of a 14-year-old boy in a dark bedroom, and, without a doubt, gamers are much more than this.”

As well as working with brands, Rissik is also on the board of Women in Games — a not-for-profit organisation that campaigns for a better representative games and esports industry.

“People forget that 50% of games are played by women. You often see it with targeting and the brands that are involved with gaming being very male orientated,” said Rissik. “But two years ago, Gillette Venus recognised they needed to reach that audience too. So, they put 30 different skin conditions into the game Animal Crossing, meaning women could showcase themselves in the game.”