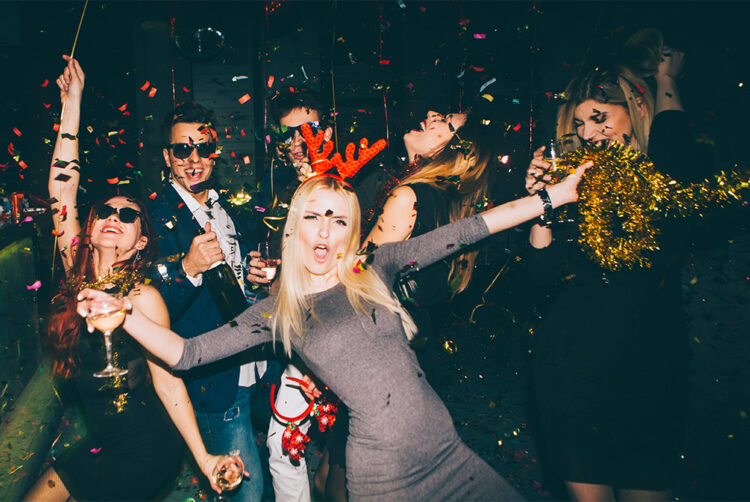 With this season’s Christmas parties being the first full celebrations in a long time there’s a fear and a danger of the inappropriate behaviour that might accompany them.

It’s the first proper Christmas party season for three years. Finally, we can get together in-person without having to wear masks or being restricted in numbers. It’s something to look forward to, isn’t it — the return of the office Christmas party?

Yes, it’s an exciting time. But there is a flipside. Unfortunately, many people in our industry will be worried about feeling safe at their work Christmas parties. As fun as the festivities are, work parties are a high-risk environment for sexual harassment.

I’m not here to rain on your Christmas party parade. Far from it. If we all feel safer, we’ll all have a better time. Better to acknowledge the facts and do as much as you can to stamp out sexual harassment than to ignore a problem that really exists and put your staff in danger.

We know from our research on the timeTo campaign that people were seriously concerned about returning to the office. Just under half (49%) of the people we surveyed said they were worried about sexual harassment resurfacing as we went back into our workplaces. With this season’s Christmas parties being the first full celebrations in a long time there’s a fear and a danger of the inappropriate behaviour that might accompany them.

It’s your job as a leader to set the tone before the season starts: to say in no uncertain terms that sexual harassment will not be tolerated.

Act now to do what you can to prevent sexual harassment and to make clear that you have a zero tolerance policy on sexual harassment should it occur — whether that’s at your company’s party, or a party being held by clients or associates at which your staff will be present.

Email your team(s) before party season starts, wishing everyone a wonderful time and at the same time reinforcing that everybody deserves to feel safe, respected and included. Remind people of what they can access from the company to support their safety. For example, let people know what they are entitled to claim back on a taxi in order to get home safely.

Let staff know what to do and who to talk to following a reported incident of sexual harassment, as well as what the ensuing process looks like. It’s important to have this documented in a written policy that you can share with all staff. If you don’t have one, you’ll find a template in timeTo’s endorser toolkit.

Express full support for anybody who might experience sexual harassment, making clear that they will have the backing of their manager and the company if they report what they’ve been through and there will be no negative repercussions on their careers.

If sexual harassment happens, encourage staff to support the person who is being harassed by acknowledging the inappropriate behaviour, offering their support to the person who has experienced it, and being prepared to report what they have seen.

Empower bystanders to harassment to speak up by assuring them that they will have the full support of their managers and your organisation.

Share details of NABS’ Advice Line; we can offer expert, independent and confidential support to anybody affected by sexual harassment.

Ultimately, it’s your legal as well as your ethical responsibility to act on sexual harassment. With party season being a potential pressure cooker for inappropriate behaviour, it’s vital that you’re clear with everyone in your company about the issue: that you take a zero tolerance approach to sexual harassment and harassment of any kind.

Thinking longer-term, it’s useful to invest in training for your staff to help reinforce the message. For example, timeTo’s training sessions provide a practical and safe way for people to learn about the issue together and how they can collectively take a stand against it. You can share timeTo’s campaign videos with your staff as a quick and impactful way to demonstrate how sexual harassment may occur, and where to turn if it goes. Our Christmas campaign video can be viewed on NABS’ YouTube channel.