Behind the glamour: how to ensure influencer campaigns are representative and meaningful 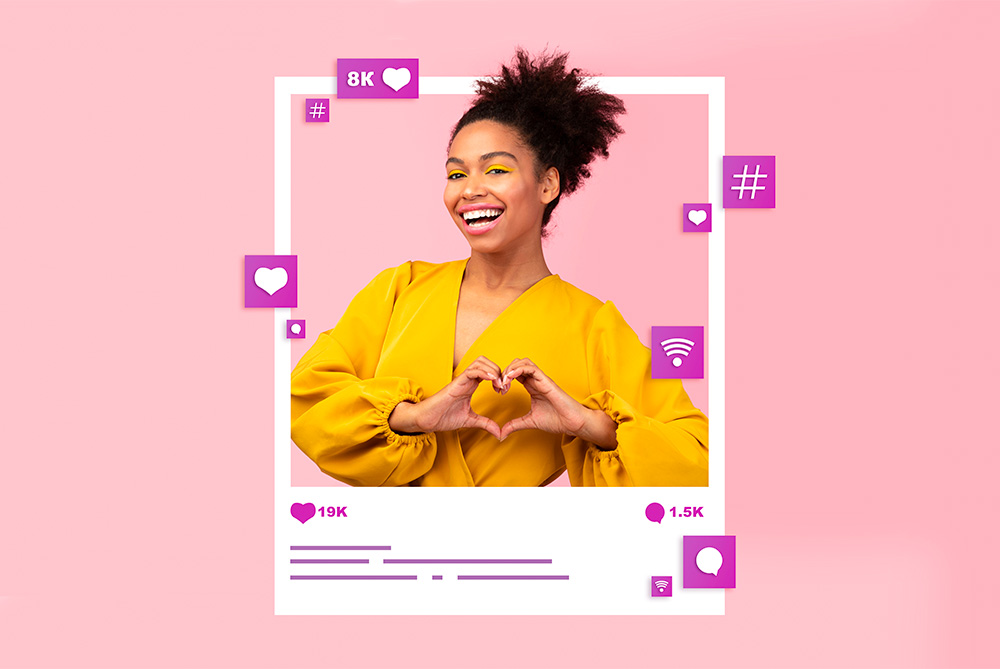 Reach should not be the only consideration for advertisers, who can help the development and growth of an influencer in their media journey.

Influencer campaigns across the industry are not authentically representative.

That’s according to a report from the The House of Commons Digital, Culture, Media and Sport Committee, published in May, which concludes the media industry has further to go to better support and represent the diversity of the influencer landscape.

It warns: “[T]he rapid expansion of this marketplace, both in scale and in technical innovation, has outpaced the capabilities of UK advertising regulation. We note that, behind the perceived glamour, this is a challenging career beset by diversity issues, pay disparities, and a pervasive lack of employment support and protection.”

There are 5 key themes are identified in the report, all of which warrant consideration — particularly when it comes to authentic representation within influencer media plans.

Disparities between influencers was highlighted as a key issue, particularly for those who are from underrepresented groups such as ethnic minority, disabled, and LGBTQ+ groups.

Influencers from underrepresented groups found the process of developing a career in influencing significantly more challenging. Diverse influencers reported being primarily approached around cultural calendar moments such as Pride, with low consideration outside of these times

Furthermore, there is a racial pay gap of 35% in influencer marketing, compared with 8% in Education, 16% in business and financial services, and 16% in media, sports and entertainment (MSL Group, 2020). More than three-quarters (77%) of Black influencers fall into the nano- and micro- influencer tiers (under 50,000 followers) versus 59% of white influencers. This suggests that Black influencers have greater difficulties scaling their online communities and thereby increasing the rates that they can charge for commercial content

Gleam Futures, meanwhile, claim that representation rates are low because “a lot of talent within under-represented groups are not profiled enough on social media”.

Nicole Ocran, co-founder of The Creator Union, warns: “Black and brown, LGBTQIA, disabled creators are the ones who lose out the most when it comes to working in this space, like in most industries that exist.”

Many members of the LGBTQIA community only get approached during times like Pride every year, and some of the disabled influencers she knows find it extremely hard to find work.

How can you drive change?

As media planners and buyers, we are programmed to analyse data to inform decisions and optimise campaigns. We operate within a space where reach is king. With this ‘reach epitome’ mindset, it’s easy to understand why often the nano- and micro- influencers are sidelined in favour of mid-to-top tier profiles which can drive sizeable reach.

As the committee’s report has shown, those who are sidelined are quite often from underrepresented groups. By considering solely reach, forgetting the relevance of a creator and their audience (whom are perhaps only reachable through these influencers), we continue to perpetuate a cycle of isolation, underrepresentation, and thus underfunding.

Development and growth of an influencer requires opportunity and investment – brands have the ability to provide both.

Meanwhile, we can encourage better representation and development of under-represented groups by using agent relationships (such as those of INCA with 84World and Channel Mum).

We should be educating our clients that diverse groups exist (and are relevant) year round, not just around cultural calendar moments. By activating solely around these moments, brands run the risk of their activity displaying as tokenistic and inauthentic.

By encouraging better representation of talent by agents, and more frequent (and fairer) investment of our brands into diverse talent specifically, we can do better to reduce this gap.

Consider the role of reach within the full campaign plan and ensure you are also having a conversation around relevance and engagement. Consider the campaign KPIs. With an algorithm which thrives on engagement, the potential for success could in fact be higher amongst smaller audiences with higher engagement. Where reach is fundamental to the success of the campaign, use solutions such as paid amplification of influencer content.

Working with partners such as INCA (who are working on the ability for influencers to self identify), and making use of agent relationships, you can better understand the makeup of your campaigns. Representation should not be built on assumption.

Questions to ask yourself when building your influencer campaigns

1: Have the conversation: how have you made diverse representation a priority?

It is this dialogue which is fundamental for the success of a campaign and boosting the perception of brand relevance for the audience. We know the power of feeling seen: seeing somebody with similar values, attributes and a similar identity. The absence of this leads to questions around relevance and authenticity to oneself.

That’s why diverse creators with smaller audiences are just as valuable additions to your influencer campaign as your macro creators. Consider this: your target audience is often more diverse than you think, by failing to represent, you are limiting your opportunity for growth.

So, create a space where you can start to talk about this openly with your clients. Diversity can be considered at various stages of the campaign, from ideation through to identification and recruitment (‘buying’), so no matter your role in the workflow, there is a space for conversation. Making diversity front-of-mind, and a consideration as early as possible, is one of the first steps to creating a more inclusive and representative campaign. This is a journey we’re all on together.

2: Are you clear as to the campaign’s influencer identification criteria?

A frequent consideration around an influencer is ‘brand or campaign fit’, and often this can become justification for the omission of an influencer from a plan.

But you should dive deeper. Are we are saying the influencer’s content is irrelevant e.g. a parkour influencer creating content about a fantastic new baking product? Or are we saying that the influencer doesn’t look like the brand? The former is a valid reason, the latter, not so.

It’s important to remember that the end user is the audience, we shouldn’t be making judgements around the fit of an influencer from how they look. An influencer is not the embodiment of a brand; they cannot be expected to be the brand. Instead, best practice would be working in partnership to deliver an authentic (often creative) message about the brand to their audience.

3: You’re dealing with a real person: be aware, check and challenge yourself.

Unlike any other media form, we are dealing with people. Our influencers are not media spaces or publications, and thus it is easy to quickly form an opinion on an individual based off an assumption and perception, which can be impacted by bias. Ask yourself, are you making the decision based on whether you personally like the creator? We naturally like people who are similar to us, but this is not justification to include or exclude an influencer. Do you have data or rationale (which goes beyond audience size) to inform your decision?

And ask yourself, are you making the decision based on whether you personally like the creator?

4: Are you supporting diverse influencers? How diverse is your feed?

Have a look at your own social media feeds. The benefits of following smaller creators and engaging with the content produced are plentiful. Not only will you have a consciousness of the content being created, and the influencers in the space, but you will be enriching your feed and supporting these influencers to grow.

5: How do your influencer plans work within the context of your wider media communications plan to reach diverse audiences?

All channels within your media plan can be optimised to effectively reach and drive relevance with the diversity of your audiences.