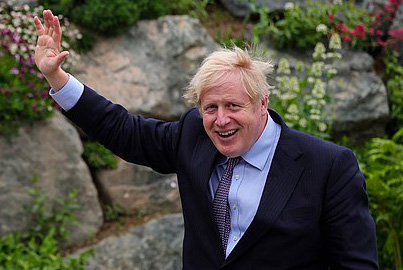 In April 2020, barely two weeks into the United Kingdom’s first Covid lockdown, Boris Johnson’s Government introduced a new press subsidy. Though the word ‘subsidy’ was not used, subsequent statements from the Chancellor, Rishi Sunak, and the Cabinet Office minister, Michael Gove, left no room for doubt on the point.

Sunak said the money was being spent ‘in support of the print newspaper industry’, while Gove said the initiative was ‘supporting cherished institutions’ (HM Treasury 2020, Society of Editors 2020). The subsidy was a response to intense lobbying by an industry whose advertising revenue had suddenly slumped.

Desperate pleas for emergency cash came from the News Media Association (NMA) and the Society of Editors, representing the corporate press, from the Independent and Community News Network (ICNN), representing smaller independent news publishers, and from the National Union of Journalists (NUJ), as Jonathan Haewood, who was involved, has recorded in detail. When the new funding was announced, the Society of Editors hailed it as ‘a vital boost for the industry’.

It was not exclusively a subsidy. In return for the cash benefiting publications would participate in a new scheme called ‘All In, All Together’, providing Covid-related official messages to their readers in the form of advertisements and paid-for editorial content. Soon the national papers and corporately-owned regional and local papers began publishing wraparounds and display advertisements in line with government policies on Covid awareness and containment.

On the surface this may appear worthy but in reality it should be cause for alarm for anyone who cares about journalistic independence, democracy, and the proper use of taxpayers’ money.

Although there is nothing intrinsically wrong with press subsidies, the Johnson government itself acknowledged as recently as January 2020 that they should be handled with extreme care. In the words of the ministerial response to the Cairncross Review into the future of journalism, ‘even an arm’s length relationship risks perceptions of inappropriate government interference’.

No minister or politician, in other words, should allow so much as a suspicion to arise that they might influence the press through the distribution of public funds. Only three months later, however, Johnson’s government was handing public money to the press in a manner that was both selective and secretive.

The vast majority of the cash went to the eight large companies that dominate the NMA. These were the national groups – Sun/Times, Mail, Telegraph, Mirror/Express, Guardian and Independent/Evening Standard – plus the regional conglomerates – Reach, Newsquest, and JPI Media. The hundreds of smaller outfits represented by the Independent Community News Network (ICNN) which had lobbied for help just like the NMA, were in practice cut out of the scheme.

This is open to criticism on several fronts. As small enterprises the ICNN publishers were more at risk in the Covid crisis than the corporate publishers and therefore in greater need. They are also often innovative and likely to represent the future of news journalism, which should have strengthened their case for assistance. The eight corporations that received the subsidy were long-established businesses generally far better placed to survive the lockdown storm. Four are owned by billionaires, while regional groups Reach and Newsquest had been banking handsome profits for years before the pandemic. JPI Media was so deep in debt it was in trouble with or without Covid.

Although it is true that ‘All In, All Together’ money also went to the Guardian and Mirror groups, which have often been critical of the Government, the sympathetic papers got the lion’s share. The ministerial phrase “perceptions of inappropriate government interference” is relevant, indeed the scheme carries echoes of the secret government funding of friendly papers practised in the reign of George III.

’All In, All Together’ is also secret: no party to the scheme will say how much it cost the taxpayer or exactly what sums went to which publishers. What we know is that the declared budget for the first three months was £35m and that the scheme ran for almost two years. Neither the Treasury nor the Cabinet Office nor the NMA nor the government’s media buying agency OmniGov will say more. Written questions from an MP and a Freedom of Information request also drew blanks.

A rough external assessment of activity levels over the two years suggests a total bill at least twice and probably three times the initial three-month budget, in other words at least £70m and possibly more than £100m, large sums in press industry terms. Given the free-spending tendencies of the Government in this period, the final figure could be even higher. The official secrecy surrounding the scheme, moreover, is compounded, and the perception of corruption is increased, by the failure of those organisations that received the cash to fulfil their basic journalistic obligation to scrutinise it for the public benefit.

Another worry is apparent lack of process. All potential public spending should be rigorously tested for fairness, ethical standing, and value for money. Some flexibility was probably justified given the Covid crisis, but this case is conspicuous for the apparent absence of scrutiny. We thus have no official explanation, for example, of how the NMA got to the front of the queue for public funds at a time when almost every industry – entertainment, hospitality, transport and many more – faced unprecedented challenges.

The picture this conjures up — of newspaper proprietors, presumably including billionaires, exploiting personal access to Johnson to secure funding from the public purse — is alarming.

Downing Street responded to Cummings’s tweets without specifically denying any of this, and once again, without declaring how much had been spent. Instead it insisted that ‘All In, All Together’ had seen “vital public health messaging advertised across approximately 600 titles including UK nationals, regional dailies, weeklies, and independent media. No title received preferred treatment, and all outlets were selected by OmniGov purely on their ability to engage with audiences at a national, regional and local level”.

As Cummings said, the officials ‘dressed this up’ as ‘Covid relief’. In fact it was dressed up as a public service advertising campaign, which remains the cover story to this day. Downing St yesterday: (3/10) pic.twitter.com/wBmUBqJHGc

That requires context. Conveying vital messages to the public is a basic part of the job of the press for which their readers usually pay them, and it is not something for which they should require a special Government subsidy. As for those 600 titles, they are overwhelmingly regional and local papers published by large corporations, so the money went into the coffers of Reach, Newsquest, and JPI Media.

And finally, while it might be arguable that no title received special treatment, the decision to award the contract to the NMA (among whose members OmniGov divided it) was little different in practice from the corrupt transaction described by Cummings: a prime minister dispensing a cash gift from the public purse to friendly, rich newspaper proprietors.

This article is an edited version of an essay featured in the new book Boris Johnson: Media Creation, Media Clown, Media Casualty? Edited by John Mair with Andrew Beck and Paul Connew.

Brian Cathcart started his career at Reuters and was a senior journalist at the Independent papers and  The New Statesman before becoming Professor of Journalism at Kingston University London. He was a founder and the first director of Hacked Off, which campaigns for a more ethical press, and he is the author of several books including the award-winning The Case of Stephen Lawrence (Viking,1999). He writes about journalism matters for Byline Times.