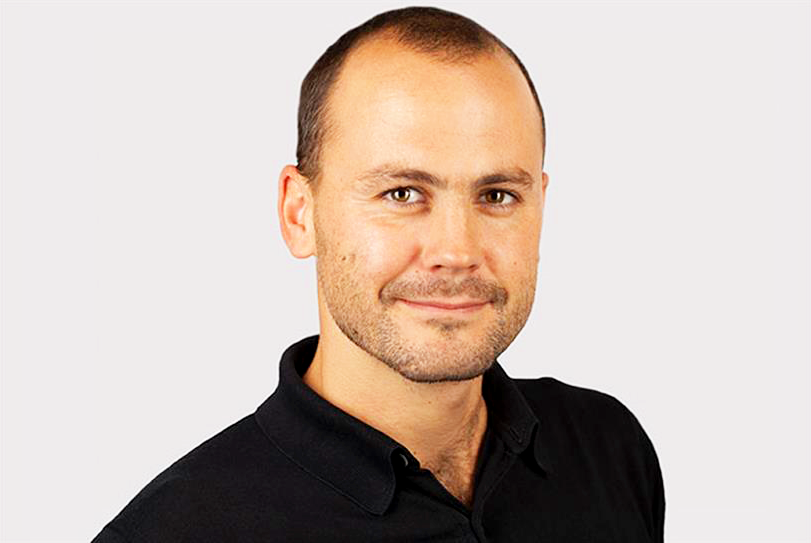 Between the transforming ad network giants and the rapidly growing digital groups, Stagwell and media agency Goodstuff appear to have found a middle-ground solution to compete. But what vision does Stagwell Media boss James Townsend have, why are media agency brands still important, and how does he plan to change the often-maligned agency model?

“We are unapologetic about entering the market as a challenger holding company. The agenda is very much about challenging the existing establishment and the status quo.”

James Townsend, CEO of Stagwell Media Network, has big plans to expand his “digital-first” business. The recent acquisition of UK media agency Goodstuff Communications is the latest in a series of moves aimed at positioning the business in between established advertising and media giants and challenger digital businesses that generally do not do creative and traditional media-buying.

It’s a fine balancing act between offering specialised data and tech services while trying to build out scaled media distribution, but Townsend stresses to The Media Leader this point of difference will set Stagwell apart from both older and newer rivals.

It’s clear that having so-called “conflict shops”, for example, are not on the agenda.

“Stagwell Media Network handles nearly $5bn in media dollars around the world and 75% of that is digital,” he says. “We’re building a complementary collection of agencies rather than a collection of agencies with similar propositions. They’re distinctive and they’re different flavours of full-service, as opposed to more established holding companies where there are a lot of similar propositions bumping into each other.”

‘It will be entirely up to them’

So no bumpy times ahead for Goodstuff, a 130-person full-service media planning and buying agency founded by Andrew Stephens and Ben Hayes a decade ago. The acquisition, announced in January, will see the London agency gain access to a network containing more than 3,000 specialists in data and tech across 20 countries and 40 offices, including Assembly Group (of which Townsend is also global CEO).

However, there are no plans to merge brands. The Stagwell model, Townsend explains, is about keeping agency brands separate and encouraging specialisms, while giving those agencies autonomy in terms of how they try to offer cross-agency teams for advertisers.

“In terms of how that plays out, it will really be up to the management teams of the respective businesses to see where the opportunities are with the current client portfolio and the new-business market. It will be entirely up to them how they choose to go to market.”

Assembly, for example, now has between 350 and 400 people in Europe and offers full-service data and tech consultancy. Townsends sees “the next logical step” for Stagwell Media as seeing if there’s an opportunity for Assembly to provide an “omnichannel offering”, or whether Goodstuff can start to offer more digital and tech services to its roster of domestic clients, which include Cazoo, Pret A Manger, Ovo Energy and On the Beach.

Finding each other On The Beach

In fact, On The Beach was the catalyst for this acquisition, Townsend reveals. Assembly and Goodstuff jointly pitched for the online holiday brand’s offline and online media planning and buying business last year.

He explains: “Goodstuff wanted to see if there was a more formal partnership they could strike with a digital agency in the UK. They went through a very credible thoughtful process and each business got to know each other.

“The [On The Beach pitch] meant we could go to bat together and see where the respective teams could partner. That gave us confidence that there was more potential there.”

It is understood that Goodstuff had entered into partnership discussions with a number of digital specialist companies last year, including ForwardPMX which was folded into Assembly by The Stagwell Group in September.

Stephens told The Media Leader that progressive advertisers increasingly want “omnichannel brilliance” from a single agency partner, which is why the likes of WPP, Omnicom and Publicis Group are “reinventing themselves by investing billions into digital data and technology”.

“On the other hand you’ve got the newer breed digitally-focused agency groups, fuelled by private equity money, growing at a rapid rate,” Stephens said. “Which is why we reached the conclusion that to genuinely compete on a level playing field with both networks and specialists, we’d need to enter into a partnership that would build on our existing digital offering but would add comparable scale and depth of resources for our clients.”

“To illustrate the scale point, the likes of Assembly, Croud, Jellyfish and Brainlabs all employ thousands of people and Wavemaker, I had heard, deployed something like 75 people – or 50% of our agency – to design and build their new AI product. For Goodstuff to get to anything like these levels of resource, we needed to face into it and look for the right partner.”

As Goodstuff were going through conversations with various specialists, it became clear that Assembly and Stagwell had bigger ambitions than an arms-length partnership.

“They saw the potential in being able to provide clients with a modern full-funnel product under the same group, and that began a different conversation that led to our acquisition,” Stephens adds. “We will now be working alongside our good friends Assembly in EMEA to provide a progressive omnichannel product to our respective clients.”

A network of collaborators, not competitors

Goodstuff, which has built a strong reputation in the last decade for offering creative media planning solutions for big brand campaigns and debut offline campaigns for newer direct-to-consumer business, may also benefit from Stagwell’s ownership of ad agencies Anomaly and 72&Sunny.

Those agencies were part of MDC Partners until last year’s merger by Stagwell was completed last year. The company also entered into “strategic partnerships” with specialist outdoor companies, such as the agency Talon Outdoor and programmatic platform Hivestack

However, Townsend admits ad agencies have found it tough to offer creative services in recent years as margins have been squeezed and media has fragmented, with brands demanding more data and tech consultancy as opposed to just ‘buying ads’.

He knows the traditional ad agency terrain well, having spent five years at Fallon London as managing director and head of account management, before going over to Dentsu to run 360i Europe, before joining ForwardPMX as MD in 2019.

Again, he sees the Stagwell model as enabling different sorts of agencies to add value rather than competing.

“Legacy holdcos still add huge value but the reality is: inter-competitive business models are getting in the way of their progress. We have client P&Ls here that we can shrink and swell teams based on scopes [of work] over time.”

But does that mean Stagwell can run agencies in a different way? The traditional agency model has been put under increasing pressure over the last 20 years as margins continue to be squeezed, particular for creative services. A popular book among agency leaders – the Bain & Co management consultant Michael Farmer’s Madison Avenue Manslaughter – warns growing workloads in agencies and declining fees have created a “recipe for disaster”.

“Creativity has never been more important in terms of a competitive advantage, Townsend says carefully. “But how you’re paid for that value is what’s up for debate.

“There’s a huge opportunity to evolve business models from being a literal reflection of hours invested to the value that you’re creating and the impact you’re having… we need to make sure that part of the sector is remunerated based on impact and perhaps less so on input.”

Ultimately, Goodstuff’s ability to collaborate with other parts of the Stagwell network will be a key metric by which the success of the acquisition will be judged, Townsend says.

“We would first want to have a collection of stories that talk about how we helped our clients transform and grow – are we adding value? The second is that we get a mature and rounded-out Goodstuff business that had capitalised on the data tech and digital offering. And conversely an Assembly business and Stagwell Media Network that can learn from and collaborate with Goodstuff.”