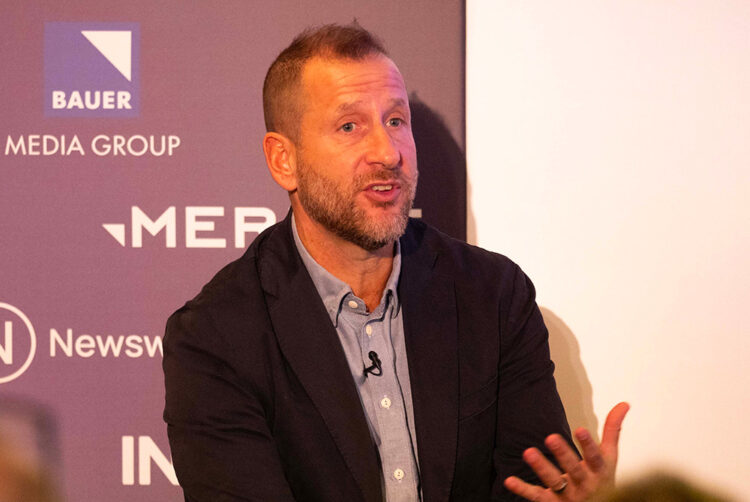 GroupM has appointed Josh Krichefski to a new role as GroupM CEO for EMEA and the UK.

Krichefski, who has worked at WPP media agency MediaCom since 2011, most recently as global COO and EMEA CEO, will take on the new role effective 1 February.

He will succeed outgoing EMEA CEO Demet Ikiler, who is stepping down from her post at the end of the month, and Karen Blackett OBE, who served as UK CEO until her elevation to a new role as president of WPP in the UK last September.

It has been a significant winter for Krichefski, who last month was nominated as the Institute of Practitioners in Advertising’s (IPA) next president-elect.

At WPP, Krichefski was most recently tapped to oversee the global integration of MediaCom with Essence to become EssenceMediacom.

In his new role, Krichefski will be responsible for managing GroupM’s business strategy, operations, and growth across EMEA and the UK.

Krichefski had been rumoured to have been the top candidate for the position for several weeks. When The Media Leader first approached Krichefski seeking confirmation that he would be named GroupM UK CEO, he initially dismissed the talk, stating that he believed the company was “in the process of interviewing external candidates.”

When news of his appointment broke today, Krichefski confirmed that at the time he was asked about the role, he had not yet accepted and the company was still interviewing external candidates.

On his appointment, Krichefski said: “I am thrilled to have the opportunity to build on the terrific work Demet and Karen have done to grow our business and create momentum for GroupM in EMEA and the UK.”

“There’s never been a more exciting time to work in the media industry than right now, and I look forward to partnering with our teams at all levels to help our clients find new pathways to growth.”

Separately, GroupM is reportedly seeking to lay off staff. Though a prior report from Digiday detailed that between 114-126 employees are expected to lose their jobs, a spokesperson for GroupM refuted the precise number, but declined to divulge to The Media Leader the extent of the staff reduction. The redundancies are, however, understood to be a result of business reorganisation and the within-business mergers, including the union of Essence and MediaCom. A spokesperson for GroupM declined to comment further on the reported layoffs.

This article has been updated to reflect additional comment from GroupM regarding staff reductions.