Future of car radio ‘under threat’ 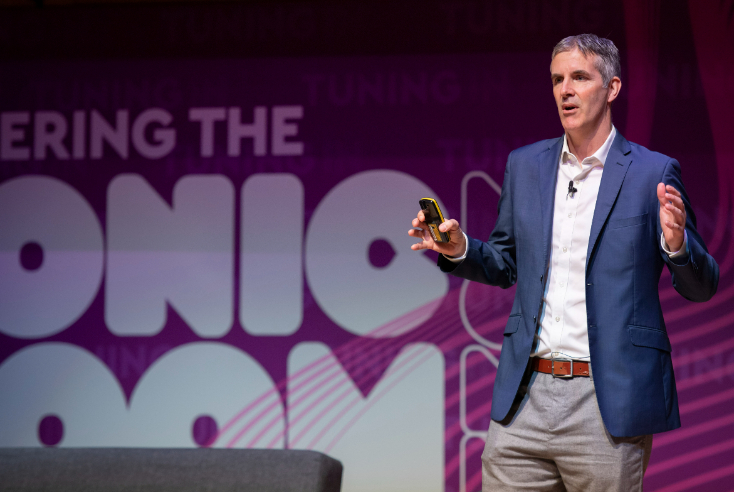 The future of radio in the car is “under threat” from Big Tech, Radiocentre’s Tuning In conference heard.

The industry body for commercial radio hosted a session with Laurence Harrison, director of automotive partnerships at Radioplayer, the radio technology platform owned by major UK radio broadcasters, to speak about the future of in-car radio.

Harrison said big tech companies were “eyeing up cars as a place for growth”, and in-car radio “absolutely cannot afford to be complacent” because of “big macro challenges” facing the radio and automotive industry.

In particular, he described Google’s Android automotive operating systems as “comparatively quite poor” when contrasted with other apps as its broadcast radio experience is “not very good”, it is not hybrid including DAB and FM, which Harrison believes should be “the minimum experience”, and, finally, does not give radio as much prominence as it should have on its user interface.

However, Harrison described this software as “driving the entertainment dashboard experience”, allowing users to download applications direct to the car dashboard without connection to a smartphone, and in the next four or five years predicted around 70% of new cars will come with this software powering it.

While he said electrification was something that is “a good thing” and something to support, a lot of new electric car brands outside of Tesla are coming into the market and innovating their dashboards from a blank canvas, meaning they are re-evaluating the prominence of radio in the car.

In terms of connectivity, all new cars are now connected to the internet which brings an opportunity for more streaming services to compete with radio in the car, he added.

Additionally, with bigger higher resolution dashboards, Harrison highlighted that it was becoming more important that radio be “as good as it can be” as a visual experience to compete with other apps in the car.

However, he stressed broadcast radio still “dominates” in the car currently, citing research from Edison of 6,000 car buyers in the UK, Germany, France, Italy and Australia which found 89% rank broadcast radio as the most important audio feature in a car, more than online music services, Apple’s Carplay or Android Auto.

The same research discovered 90% of car buyers believe broadcast radio should be standard in every car and 80% of people planning to buy a car in the next 12 months are less likely to buy a car without a radio.

To combat these challenges, Harrison highlighted Radioplayer was partnering with car manufacturers including BMW and Volkswagen to build the radio experience, as well as talking to Google to improve what radio looks like in their cars and technology.

Radioplayer is also pushing for radio prominence using research similar to that cited above which prove car buyers and drivers’ love for radio and through its partnerships with broadcasters will secure metadata and “huge analytics” to carry out more research in the future, as well as create its own hybrid radio technology to share with car companies, saving them years of time and resources.