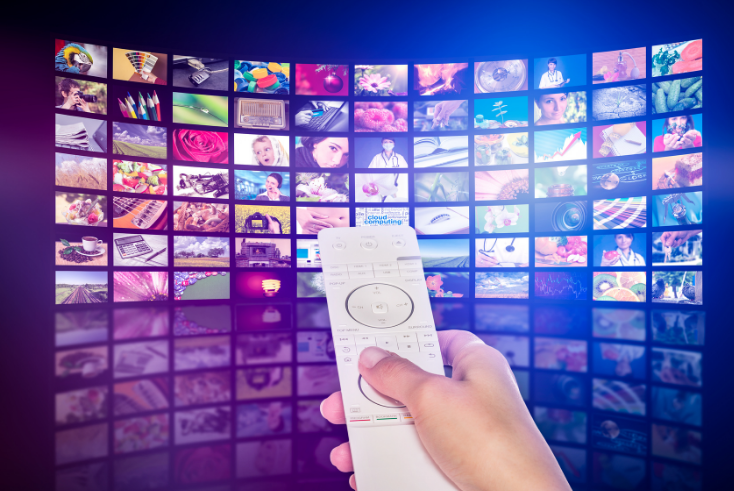 It is fundamental that advertisers now use a combination of broadcast and on-demand TV to maintain reach. Too bad Ebiquity’s new report overlooks this fact, says Thinkbox’s Matt Hill

If the story of how TV is changing needed a spotlight cast on it, then Ebiquity’s new report does the job very effectively. And they are big on effectiveness, after all.

But it also does it rather unhelpfully.

Thinkbox respects Ebiquity. We have worked together on several occasions, most recently on the award-winning ‘Profit Ability: the business case for advertising’.

In ‘Profit Ability’, Ebiquity concluded that TV delivers by far the greatest amount of advertising-generated profit (71%), and that there needs to be a ‘right-sizing’ of media investment, with the lion’s share of money moving to TV advertising.

So, their new report a year later may come as something of a surprise. It offers, in Ebiquity’s words, “a worst-case scenario”; the scenario being that by 2022 broadcast TV’s reach may have declined to a point where it might no longer have the highest return on investment of all media.

What this means in practice is that by 2022, in their worst-case scenario, TV may be only as efficient as the current second most efficient medium (print).

However, frustratingly, Ebiquity is basing this on an assumption that the efficiency of print – and all other media – will not have changed by 2022, yet broadcast TV’s will.

There are other assumptions too. Someone has run amok with a ruler at a perilous angle to extrapolate how broadcast viewing will change, assuming life stage will now cease to have an impact on viewing diets.

And why default doom-mongery? Where is the best-case scenario or the most likely scenario?

“Is TV approaching a tipping point for reach?” asks Ebiquity on its website. Well, the general rule about headlines with questions is that the answer is invariably no.

But this is nuanced. Ebiquity have a point – up to a point. Advertisers should re-evaluate their TV plans and get ready for how things are changing. That is what Thinkbox would advise too.

Specifically, they need to recognise that it is fundamental to now use a combination of linear broadcast and broadcaster on demand (BVOD). The future is a total TV advertising approach that will maintain TV’s cost effectiveness. Most advertisers are already moving towards this.

Absolutely, the cost effectiveness of high levels of reach for some audiences – e.g. 16-34s – using broadcast TV alone has declined over recent years as viewing has redistributed between linear and BVOD. But it is unhelpful not to look at TV as a whole. The clever planners who are flexing their muscles to get the best out of TV certainly do.

IPA Touchpoints channel planner data, based on the overlap of viewing between linear TV and BVOD from the 5,000-strong Touchpoints mobile diary data and modelled by RSMB, shows that by planning across both linear TV and BVOD advertisers can achieve just as excellent cost-effective reach as a decade ago. This isn’t a perfect single source guide on campaign delivery across all forms of TV, we’ll have to wait for BARB for that – but it does illustrate, from a credible and neutral source, the nature of how viewing has changed and that BVOD is increasingly important for driving cost-effective reach. 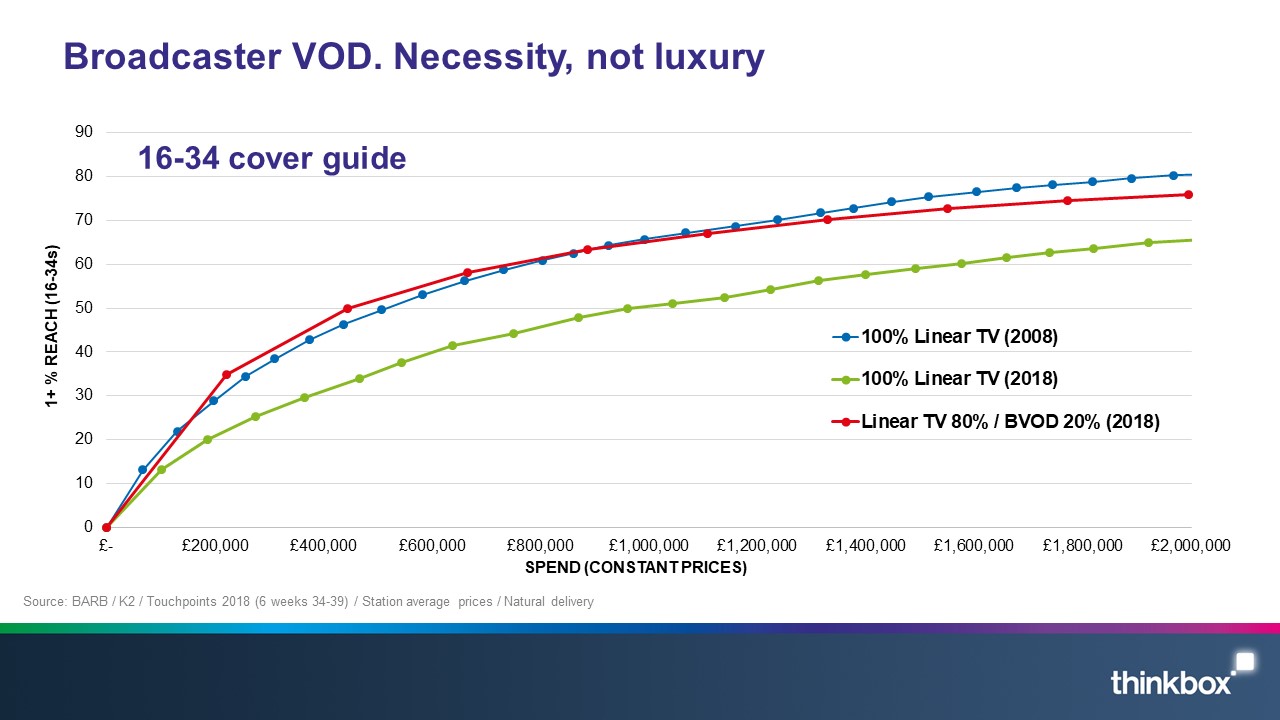 But, using the Touchpoints planning tool, we can see that an 80:20 mix of industry standard TV and BVOD takes this back up to 65%. TV’s reach is undiminished when you appreciate that BVOD is now a necessity, not a luxury.

Yes, we need better cross-platform measurement. But Ebiquity haven’t factored total TV into their vision on TV’s future. BVOD gets a mention, but only in the same breath as online and social video, and they are worlds apart. By isolating broadcast TV, dislocating it from BVOD, the report overlooks the bigger, more insightful picture.

And, although cost-effective reach is important, there is more to TV than just its scale. There is perhaps a more important report to be done helping us understand the link between cost-effective reach and campaign profitability – effectiveness, not just efficiency. Pricing makes a difference of course, but when TV accounts for 71% of profit on 55% of the budget, according to Ebiquity, there’s a lot of room for inflation before TV stops being able to deliver relative to the next most effective channel.

It is important to note that Ebiquity isn’t advising advertisers to take money out of TV, but to consider doing things differently. For instance, they advise brands to consider running more, lighter-weight TV campaigns instead of fewer, more expensive, heavyweight campaigns. That said, at a glance, the Ebiquity report could easily be mistakenly interpreted as encouraging less investment in TV.

Ebiquity’s report states that, despite the potential for its worst-case scenario, there is no obvious replacement for broadcast TV advertising. Well, actually, there is: broadcast TV + BVOD. Total TV. It is a shame they haven’t acknowledged that.

MattHill, Research & Planning Director, Thinkbox, on 11 Feb 2019
“Hi Carl,
You're absolutely right that there's more to discuss here. Luckily we have a great relationship with Ebiquity and we’re already well into discussions on it. However, much as it might be fun for observers, I'm not sure that centre stage is the best environment for taking the conversation forward and making productive progress!”
CarlBratton, Head of Marketing Effectiveness, DLG, on 07 Feb 2019
“I think the initial article from Ebiquity is very informative and is actually a call to arms to Thinkbox and the industry to ensure we future proof TV and ensure that the data and insight is there and readily available to us advertisers to understand the true impact of BVOD.
How about setting up a session with representatives from both Thinkbox and Ebiquity on stage discussing their different opinions and then collectively create next steps that will aid everybody?”