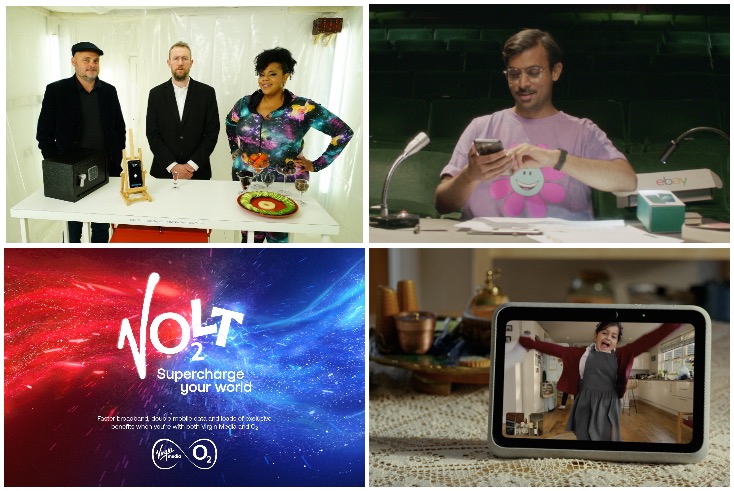 This October could be the most in-demand month to advertise on TV, with Christmas advertising surging earlier than usual.

Figures from BARB, produced by Mediatel Connected, and agency estimates shared with Mediatel News, show that, while costs per thousand (CPT) dropped over the summer, the surge in advertiser demand in the run-up to Christmas is happening much earlier than usual.

TV spot prices steeply increased from August to September 2021, with agency buyers indicating there are further increases happening this month because of higher advertiser demand.

While last year was “an anomaly year” according to Becky Smithson, head of AV strategy for Havas Media Group, in a normal year the most expensive months to advertise on TV tend to be May, September, October and November as part of the natural seasonality of TV pricing.

(CPTs, above, are calculated on Mediatel Connected using the formula Revenue + 17.65% agency commission divided by Impacts).

Prominent factors for the TV pricing rise could include easing of restrictions, categories re-entering the market and customers worried about supply chain issues leading them to do their Christmas shopping even earlier this year.

Peter King, TV research manager at OMD UK, said the Omnicom agency is constantly updating its estimated costs as advertising money “floods back in the market”.

However, he warned: “October could be the biggest ever month for the commercial broadcasters but we have the continuing and alarming decline of TV viewing to contend with.

“Clients will invariably see their TVR targets missed as buyers scramble for whatever programme they think might attract an audience.”

He added that media buyers are telling him October is going to be the biggest TV revenue month ever at around £520m which, coupled with ABC1 adult impacts down by about 10%, will create “huge” cost inflation.

On top of that, a point of interest to media buyers is the continuing problems Channel 4 has had after broadcasts were disrupted by fire alarm incident at Red Bee Media last month, King said.

The disruption, caused by a fire suppression system, has prevented the broadcaster from being able to specify exactly what audience spots have had in the final days of the month. Channel 4 is still unable to provide some accessibility services, such as subtitles or audio description.

Richard Oliver, UK MD at Magna Global and Mediabrands Marketing Solutions, noted that this year is becoming “a very strong year for demand”, which would make October and November the strongest months of an already robust year.

Oliver added: “On top of that, there’s also a sense of momentum building – more and more brands are returning to advertising as the country has gradually unlocked through the year. So, as we sit now at the end of the year with almost no restrictions, there are a lot more brands and categories active.”

He highlighted demand being up across a variety of categories including business and finance, telephone companies, alcohol, and that cinema advertising will also be positive in Q4.

While this is great news for broadcasters and the ad industry as a whole, Oliver warned the extra demand driving up prices, coupled with a long-term structural decline in linear viewing affecting supply, could lead to brands missing their target plans.

Lee Lythe, chief investment officer at at the Publicis Groupe agency, told Mediatel News that while forecasted aggregate commercial revenues for October and November are very similar, October impacts are not performing as initially forecasted

Therefore, she said, October is predicted to be more inflationary and expensive than November. This is “extremely unusual” because September and November are normally the most expensive months of the year.

Lythe explained: “This is an extremely tough market, hyperinflation from rising revenues, declining impacts coupled with the fact that media owners have over-traded on broader audiences means there is not enough inventory to go around.

“For years the industry has been pushing for greater flexibility and over the Covid period sales houses relaxed their booking deadlines enabling brands to book later. But be careful what you wish for, so much late money coming into the market makes forecasting even tougher and results in significant price fluctuations within the month of transmission.”

She said these factors have made TV buyers’ jobs harder as “every rating must be fought for”, although she acknowledged that ratings are important but sometimes “a rather blunt metric” when it is more helpful to focus on whether a campaign has achieved desired outcomes.

Michelle Sarpong, trading director at the7stars, also acknowledged categories like travel and retail re-entering advertising up to Christmas, shorter advanced booking deadlines and rising inflation in the economy in September (+2.9% from the previous year) driving up TV ad prices over this period.

This year, Halloween and Christmas will be happening “side-by-side” in terms of advertising as people get their shopping done earlier than ever before, Sarpong noted.

Sarpong told Mediatel News that while she thinks this October is going to be “massive”,  she predicted next year would be “even bigger” as the World Cup will take place in Qatar Q4 (21 November- 18 December 2022).

Sarpong maintained that while TV is still incredibly valuable for brand building and reach, “impact issues” are contributing to inflated prices.

“Clients were not getting the impacts they would normally see for the same amount of money,” she said.

A buyer at WPP’s GroupM, told Mediatel News that while they do not foresee October or November being the highest ever month for Channel 4 as its September was so strong, October could be “the highest month for the overall market”.

However, they said their instinct was that “November will subsequently beat this, especially if the late market stays prevalent”, but they acknowledged it is hard to predict as the market is very dynamic.

Mihir Haria-Shah, head of media at AIP Media, said that October’s revenues are up 20% year-on-year for the market as a whole, but clarified that specific increases vary by sales house.

He added that for ITV’s All Adults CPTs from October 2020 to 2021 there is a 50% inflation in the market, which is particularly significant as October 2020 was not as  badly affected by the pandemic as April/May 2020.

He said judging by the numbers available, it looks like it will be “a very expensive October” but whether it will be the most expensive ever remains to be seen.

Please note, the figures in this graph for October 2021 have been revised since publication.