Do today’s masters of media even care about advertising? 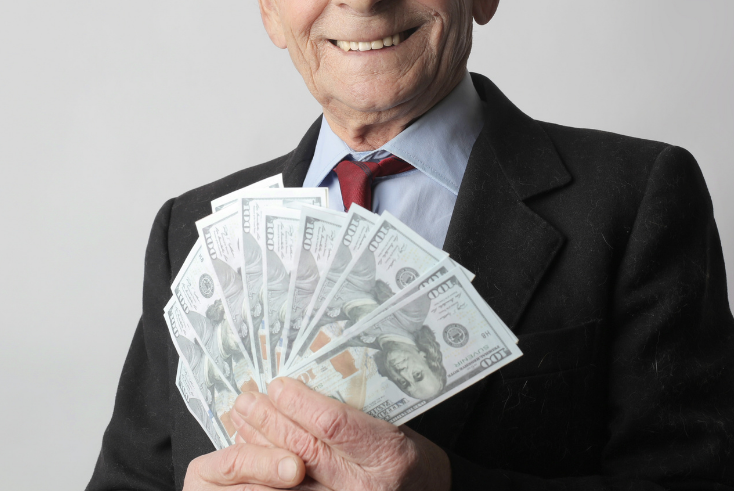 The not-so-new players occupy a world of greatly enhanced profit from denial of responsibility. Do they even regard advertising as more than a cash cow?

Hardly a day now passes without news of intervention or censure.

From woke battles over history or works of art, through cancel culture and no platforming, misinformation and hate over social channels, to state use of cyber as a tool for warfare, allegedly playing out right now in Ukraine.

Advertising is by no means the only industry to have its demons.  But, current Government and perhaps the police aside, I struggle to think of another so determined to make things worse for itself.

There is a recovery story.  The figures are reassuring even if they have met with some mixed reaction.

Yet continuing narratives cluster and bunch under a single issue with multiple manifestations: media and advertising has been subsumed by tech, itself run by profiteering, all too often unscrupulous folk with no interest in advertising (or indeed, truth) beyond extracting money.

Just as the internet changed so many things, so the distortions this has imposed on advertising have been almost entirely undesirable and are now showing up everywhere

Even the promised positive – the dream of personalised targeting at scale – has been subverted, frustrated and disappoints. And don’t get me started on the abject failure to cap frequency of exposure.  As usual, Dave Trott has it in one. 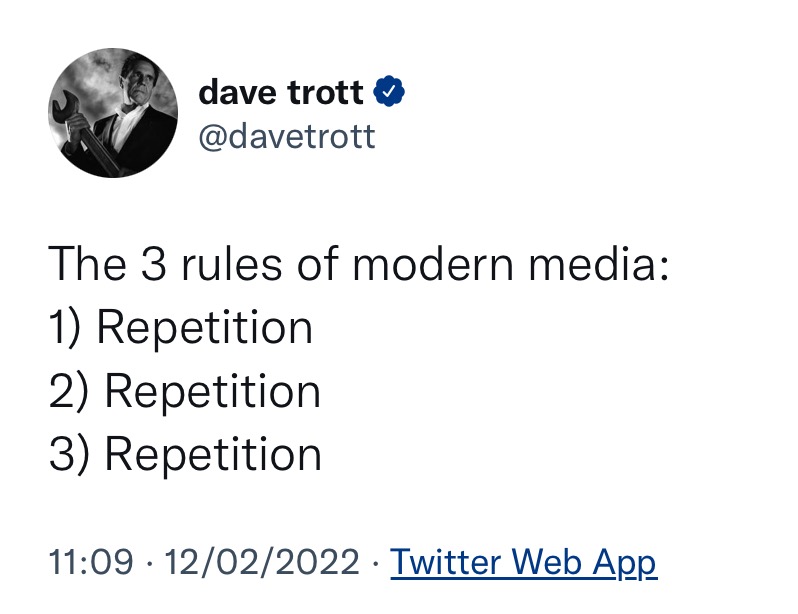 The not-so-new players occupy a world of greatly enhanced profit from denial of responsibility.

They’ve achieved such wealth and geographical spread that they’re hard to come after.  Some even consider themselves above the state.

But Governments and their regulators are now amassing serious powers so to do.

Google has jumped before it’s pushed by our Competition and Markets Authority.

This is the way of corporate and public affairs. Hold a position of plausible denial and only blink when legislation or regulation is about to hit head on.

Make a big noise about being happy to help somewhere the stakes are lower or at least contained.

Deflect to minimise disruption to your super-profitable model.  Just like the old magician’s trick, watch what the other hand is doing…

And so to Facebook, which has tended to be even more brazen.  Enter the Metaverse and name change.

Perhaps too much has been made of its first set of disappointing (ie no growth) results but market reaction was significant.

Thus (Sir) Nick Clegg’s promotion to Zuck’s right hand as President of Global Affairs.  Peter principle? More poisoned chalice, but such is the path for the (over)ambitious.

The Spotify dispute is indicative.  Vlogger Joe Rogan is now their top draw.  And, at a reported $200m, quite a cost.

As broadcasters will attest, such is the price for transitioning from music to ‘audio’.  Along with having to take greater responsibility than for simply regurgitating a piece of recorded music, even racist or misogynistic rap.

The same generation that eschews previously-respected editorial sources now goes to Spotify, YouTube and beyond for its politics.  Gawd.

But I’m not sure the venerable artists who have withdrawn their content in protest at Rogan’s claimed misinformation will have much sway.  Even if listeners are streaming more old than new stuff, they are few and many have sold their rights to less-principled owners.

I throw the ball in a wide arc here because this is the environment, the climate, in which commercial communications exist – and, we all hope, advertising thrives.

We’re not immune from our own misadventures too.  Much-decorated industry veteran Steve Harrison was recently moved to write about what he saw as an adverse change in qualifying criteria for the great IPA effectiveness awards.

Along with a growing number of commentators, he argues that a preoccupation with purpose, even ahead of profit, might be fashionable but will not project advertising as a sound business tool in boardrooms.

And that diluting the scheme’s strict entry criteria might erode its hard-won position the pre-eminent advertising effectiveness knowledge base globally.  A massive achievement in itself.

The chair of this year’s programme has mounted a spirited and well-constructed but long rebuttal.  From experience, the longer an explanation, the less likely I am to trust it.

Fellow columnist Jan Gooding’s recent piece reminded me of the paradox of our trusted newsbrands’ online pages being the worst online advertising experiences.

Reading the Mail Online or the Indy is near-impossible with so many ads loading, overlaying, popping up, resizing and making the screen throb and vibrate it’s impossible to see what you’re there for.  Thankfully not often – maybe the YouTube generation is right after all…

An extremely convoluted conspiracy to discredit the entire online platform?  More likely the result of sheer revenue desperation in the teeth of capsizing any reader experience.

All over, we’re trying to swim (competitively) while wearing a diver’s belt and boots.  Which we put on.

I’d feel more confident if we leant into addressing self-inflicted threats instead of obsessing with fashionable liberal causes and sashaying off on trade missions, but that’s not where the gongs lie.

Perhaps this has yet to happen.  As the Spanish Inquisition found, things don’t usually change until the flames lick the feet.

Enough.  We can – and eventually must – fix these things. Advertisers should know what to do by now.  It’s been talked at conferences for years:

Make advertising people want to see, enjoy, even talk about again.  Restore the sovereignty of creativity.  Be prepared to pay for it – see Jan Gooding again and Brian Jacobs and many others besides.

Stop bombarding viewers with crap messages and takeovers delivered with excessive insistence and frequency. We boast we have the tech.  Use it.  Less is more.

Even if you don’t think you’re stalking your customers, they do.  So stop pursuing the false grail of personalisation through tech, especially at scale.  Perversely, the tech players already understand this.  When they advertise where do they go?  TV and out of home. QED.

To quote one of the very few campaigns which remain much-loved, “simples”.

Big Picture: The Media Leaders’ weekly bulletin with thought leadership and analysis about the big issues facing the media industry.
Sign up for free to ensure you stay up to date every Wednesday.