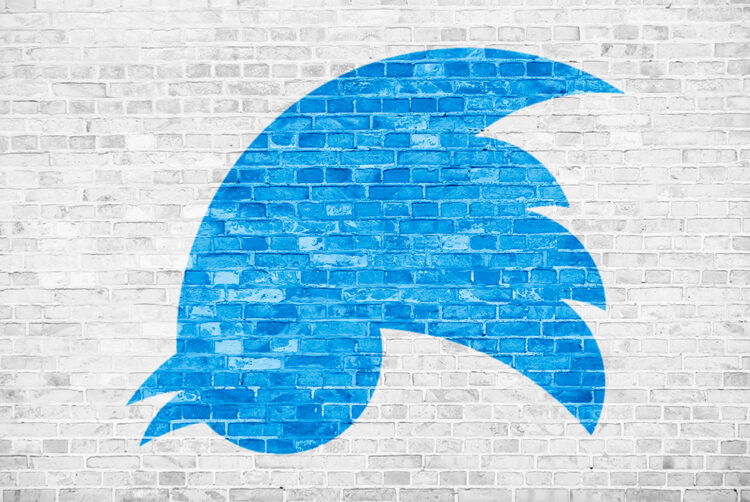 Some advertisers might not mind Twitter lapsing into obscurity. But another platform is likely to emerge quickly.

Although the relative minnow to Alphabet and Meta, Twitter is centre stage right now.

No sooner had “world’s richest man” Elon Musk completed his fraught acquisition of the platform than he put his foot in it as many times as the Truss and Kwarteng shitshow before their early demises.

He bid a whopping $44bn cash that many considered reckless even before war in Europe and economic, food and energy crises.

He promised to ‘restore free speech’, an unwinnable argument and likely to lead to more toxic environments.

Realising his — cash — bid for Twitter was “generous” he then sought to renegotiate by questioning the existence, and therefore value, of a significant proportion of the platform’s user base.

A terrible negotiating strategy — destroying lasting value amongst the advertisers who fund Twitter for the sake of his own short-term interest — though one we sadly see widely closer to home in advertiser/agency relations.

Twitter’s board threatened court action and cited the Securities and Exchange Commission’s intervention if he continued to try to backpedal.

Thus he capitulated and completed, arriving at Twitter HQ with a handbasin saying “let this sink in”.  You have to admire the chutzpah in imagining anyone apart from his toadies might find that even vaguely amusing.

He immediately dismissed the senior executives who had just given him so much trouble even though they were only doing their jobs.  But they leave with massive payoffs and rosy prospects.

So to reining in runaway costs, including the mass and impersonal sackings ongoing. These of course include many client facing roles, so low morale and motivation will be projected to advertiser customers.

Best we also gloss over charging for the blue tick, which received universal dismissal from all but the arch narcissists and those able to expense it.

To ice the cake, the very thing that was supposed to reassure users of the veracity of leading Twitter accounts was abused. A fake account in the name of Pharma giant Eli Lilly — which of course paid for its blue tick — asserted that insulin would now be free, collapsing the company’s share price.  You simply can’t make this stuff up.

All this sits against a background of the online platforms being pretty fast and loose when it comes to providing credible audience data about their actual users and audiences.

To its credit, while the scale of Twitter’s audience may not appear that important to advertisers, it does contain many influential people.

Not the kind of influencers who rise to fame (and often disappear) quickly with baking or eyebrow threading (or indeed guitar) tips.  More like people in government and business around whom the wheels of economies actually turn.

In old money, this is a bit like comparing the News of the World (RIP) with the Sunday Times. Or Channel Four News with The Jeremy Kyle Show.  But at least all of these examples are in brand safe, regulated environments.

Does any of this matter?  Do advertisers actually give half a s*** about whether Twitter persists or not? I’d say probably not.

For all their and their advisers’ and representatives’ protestations about ‘investment’ in media, their actions suggest they either don’t really care or don’t get it, especially at the top.

Far too many to list here, but advertising’s reputation and its effectiveness has suffered.

The price of offline media has been analysed beyond death.  Perhaps, ironically, because those same responsible media offer credible, industry-agreed metrics to underpin them.

Yet advertisers have continued to pour money into platforms that determinedly will not provide such underpins and, as The Ad Contrarian and Dr Augustine Fou remind us, have sometimes even shamefacedly claimed more audience than exists!

They throw up all kinds of befuddling metrics which marketers use to reassure themselves and which are carefully designed to appeal to their masters in senior management.

It works, but it’s hardly rigorous media planning. So if a particular channel fails, so what, let’s just move the money.  We always followed the mantra that our money follows our audience. If there aren’t many of them and/or they can’t be found on Twitter because it’s no longer there — or because the environment it offers has become more toxic — move on…

In some cases it might be worse as Twitter has evolved as a channel of choice for customer complaint.

Faced with companies who are reluctant even to provide contact numbers, instead preferring to channel concerned customers through endless web ‘help’ pages, chatbots and automated call systems (“we value your call but are experiencing unprecedented call volumes” — er, like every day???), customers have realised the power of taking their grievances public and Twitter has provided the platform.

So there might be some advertisers out there who wouldn’t mind Twitter lapsing into obscurity, even though it’s naive as another platform would emerge quickly.

And let’s not forget that most advertisers are businesses which have rather more in common with the likes of Eli Lilly than with their own legion individual consumers.

Personally, I think Twitter will survive but it won’t be worth what Musk paid for a long time. Separately, however, and for another time, I believe that Musk and Zuckerberg both sincerely believe they are playing massive, long games.

Meanwhile, it might be an overstatement to say Twitter has become a toxic sell, but it has certainly become a very, very dispensable choice.

Ian Dowds, CEO, UKOM, on 18 Nov 2022
“"All this sits against a background of the online platforms being pretty fast and loose when it comes to providing credible audience data about their actual users and audiences." Of course, anyone who wants an independent and robust number for these platforms' UK audiences can use UKOM endorsed Ipsos iris - it's the agreed UK industry standard for online audience measurement. Twitter's monthly audience UK 15+ was 28.6m in September. It's trusted, transparent and future ready. Unlike, from much recent evidence, many of these 'fast and loose' platforms. I have suggested to Mr Musk that a relatively quick route to building some trust in his audience numbers would be to engage directly with UKOM but he has yet to respond. Still I'd go with 28.6m for a total monthly reach. You can dig much deeper into that audience in the Ipso iris tool.”