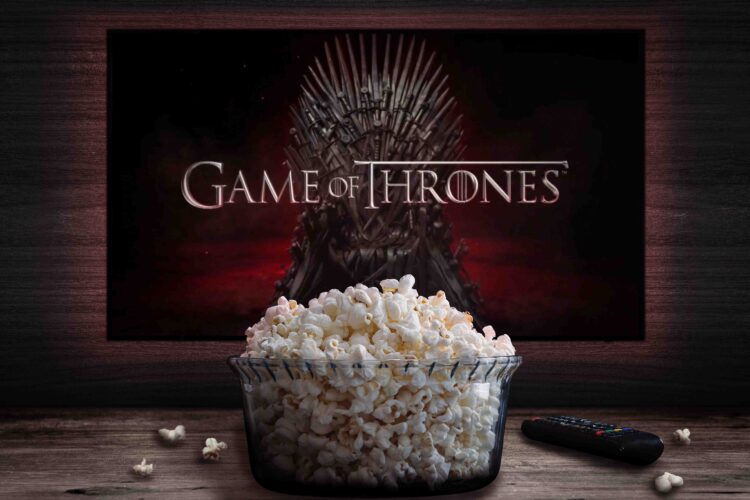 Can Sky whether the loss of ‘Game of Thrones’ as it looks to a future without exclusive HBO content?

Presumably Sky has contingency plans in place to cover the likely loss of these ratings bankers – or may even share some rights, although this is doubtful given HBO Max Global head Johannes Larcher’s recent statement to Broadcast.

Larcher was clear that the “direction of travel” is for all of HBO’s programming to be made available via HBO Max in the UK, when its exclusivity deal with Sky ends in 2025.

“WarnerMedia has put all of its best content on HBO Max where it operates,” he said. “We have the pay one and pay two windows in every territory. The best of our content is being brought to HBO Max, wherever we go”.

A polite way of saying “don’t let the door hit you on the way out” then.

Possibly foreshadowing future problems for Sky when HBO Max launches was the loss of hit video game adaptation Halo, which was originally intended to be broadcast on Sky Atlantic, but will now be part of Paramount+’s UK launch line-up.

Sky’s fellow Comcast company NBC Universal has a huge library and a wealth of new shows that the UK’s pay-TV operator might draw on, but few seem to possess the ‘must-see’ factor of many HBO series (although The Gilded Age has performed well for Sky Atlantic recently).

The impetus may well be then to strike deals with other studios (those not ringfencing product for their own streaming services) for suitable shows, which will come at high price, and step up the volume, quality and hit rate of original commissions.

Or buy a studio/production company producing suitable high-end fare if Comcast will dig deep enough into its pockets.

Euphoria producer A24 possesses a wealth of exploitable movie IP and the edge that Sky desires, but at a rumoured price of $3bn it’s probably far too rich for Comcast’s taste.

However, the possibility of a series based on Ursula K Le Guin’s Earthsea fantasy novels would be tempting to a broadcaster with a Game of Thrones-sized hole in its schedule.

In terms of originals, there has been some improvement in quality since previous drama boss Cameron Roach departed to revive BBC1’s Waterloo Road –  but is this enough?

If you recall, the approach of Roach and predecessor Anne Mensah (now Netflix) seemed somewhat scattershot to many industry observers, often applying the principle of throwing enough ‘stuff’ at the wall in the hope that some may stick.

For every Patrick Melrose, Save Me (season one), Chernobyl, Hit & Miss and (an acquired taste) I Hate Suzie, there were far more duds in the vein of Hooten & the Lady, Lucky Man, Delicious, Domina, Riviera, Curfew, Fortitude, You, Me and the Apocalypse and (gulp) Sinbad.

And so he did, setting up indie Rope Ladder Fiction and with Wall to Wall, resurrecting said soapy school drama Waterloo Road for BBC One.

It looks like a return to Roach’s comfort zone of medium-budget precinct drama, as he had previously been involved with Bad Girls, Footballer’s Wives, Casualty and, of course, the first iteration of Waterloo Road (which ran from 2006-2015).

The task for Roach’s successor Gabriel Silver will be to commission a slate of returnable drama series with consistent quality that will ensure ratings, critical success, and loyalty to the Sky brand to decrease churn when cheaper alternatives to their heftily priced packages are readily available.

Many of Sky’s previous returning series (such as Temple) struggled to build audiences and when some actually made it to season three (in the case of Fortitude and Britannia), commentators wondered why declining ratings had allowed shows to limp on beyond their initial runs.

Will upcoming shows such as The Lazarus Project, The Rising, and The Baby, do the trick?

Your guess is possibly as good as mine, but on the evidence of Landscapers (Sky Atlantic, 2021) it looks like Sky is at least appearing to give it a try.

The biggest news on the original drama front for the broadcaster is this Autumn’s five-part Sky Atlantic mini-series This Sceptred Isle.

Kenneth Branagh will star as Boris Johnson in the show, which follows his response to the first wave of the COVID-19 pandemic in the United Kingdom.

It’s doubtful whether the Prime Minister will come out looking anything other than totally useless in the show, but at least his government can’t privatise Sky in revenge for this act of lèse-majesté.

Apparently the chief motivation behind the proposed sell-off of Channel 4.

But, like Saruman in The Lord of the Rings, the Johnson Junta may well be inclined to inflict on Sky (in the words of Frodo Baggins) “a little mischief in a mean way”.

To which the corrupted former head of the Istari replied: “Quite capable and more than a little…. One ill turn deserves another.”

Thinking about it, ‘Boris’ is probably more akin to the bewildered King Théoden of Rohan than the fallen White Wizard, with the odious Dominic Cummings as his scheming counsellor Gríma Wormtongue, a post since occupied by scruffbag Tory peer David Frost and latterly (according to informed gossip) John Lewis-despising wife Carrie.

The key difference being that Théoden (with Gandalf’s help) eventually redeemed himself, discovering his former strength of character.

Unlikely in the PM’s case, as he appears to have changed little (including his notorious ‘toddler’ haircut and affinity for the likes of Peppa Pig) from the days when as a mere whelp, he yearned to one day be ‘World King’.

Well, he’s already got The Shire, hasn’t he?

As to who Gollum would be, there are plenty of candidates, with famously ‘handsy’ former Health Secretary Matt Hancock currently leading the field.