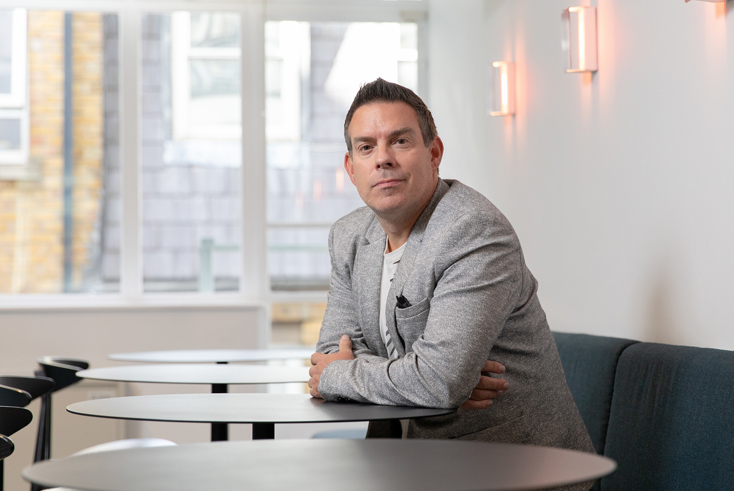 Back in 2017 Paul Frampton-Calero, then CEO of Havas Media UK, was enjoying his honeymoon in Bogota when he got a call from the office.

He knew it would have to be both urgent and important – they wouldn’t be bothering him on his honeymoon otherwise – and indeed it was.

A storm had blown up over ads being served against inappropriate content on social media sites. (I’m sure you’ll remember it well. Though it seems like aeons ago, this was only in 2017…)

The call was about Havas Media UK’s client, the BBC. Their ads had appeared against the most questionable content on YouTube – pornographic, terrorism-related, the most radical of channels. For all brands this was, to put it mildly, not good news. And the BBC had political and public service commitments – this was a big deal.

And it would not wait. Google – with a huge emerging situation to deal with – were not taking calls.

So Paul and his team made the only decision they felt they could – they agreed swiftly that all activity should be pulled without delay. Paul sanctioned it and went back to his honeymoon.

As he puts it, he was “happy I had done right by my client”. He had the warm glow of having done a Good Thing.

Shortly afterwards his phone rang. It was a Guardian media correspondent who had heard from somewhere about the decision to pull BBC’s ads. Paul knew him and took the call. They chatted off the record about this huge emerging story. But the journalist was very keen for Paul to say something on the record.

Looking back now, Paul can see how he came to make his next, potentially job-ending, error. He was on his honeymoon, relaxed and away from the reaction across media offices everywhere to this white-hot story.

“I know the journalist and we have a friendly relationship”, Paul says. “On top of that, I was certain I’d made the right call, for the right reasons. I was proud of the call we’d made.”

Unfortunately, what happened next was not what he expected.

The story in The Guardian had grown significantly. Instead of it being about a domestic UK decision to pull ads for one client, it had morphed into a splash “French advertising giant pulls out of Google and YouTube”.

The story suggested that ALL of Havas had pull ALL of its advertising from ALL of Google. A decision that would have been way above Paul’s pay grade. It was picked up by other nationals – and was on the front pages of several of them.

The next thing Paul knew, Yannick Bolloré himself (Havas’s worldwide chairman and CEO) had taken to Twitter to apparently distance himself from the decision.

At that moment, Paul didn’t know if he would have a job to return to.

What he hadn’t done was taken a moment to ask himself, “What’s the worst that could happen here?”

If he had, he might have considered that this was a huge story – but it needed a lightning rod. Something to make it specific, that named names and would grab attention. Unwittingly, Paul had allowed himself to become just that.

No one else had – they had all stood back, not allowing anything onto the record. Tellingly, Sir Martin Sorrell (then still at WPP) was interviewed for comment in the same article and was able to find the perfect line – calling for change but not committing to any specific action.

Now Paul can look back on the episode with a certain pride. Despite the furore and the difficult months that followed, he stood by his actions.

I asked him if he would have felt the same if he had got sacked though?

He said: “No! I could feel okay because I wasn’t sacked! I would have felt a lot less happy about myself if I had been!”

So, there you go – learn from Paul’s story. If you’re the one who decides to put your head above the parapet, be prepared that you might get your head shot off.

One final codicil to the story: Once the situation had calmed, Paul was amused to see that Havas were using the story in their creds decks to demonstrate their media neutrality. All ‘part of the game’, I suppose!