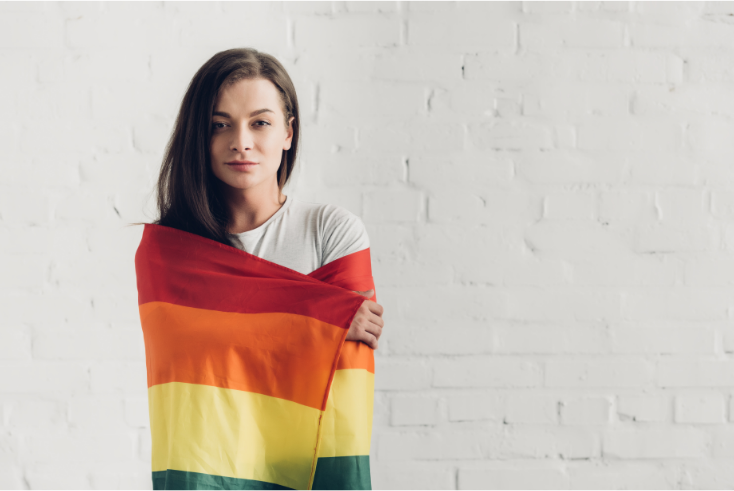 Recently, Kings College London and The Policy Institute issued a report based on a study done by IPSOS Mori into the UK Culture Wars.

A phenomenon popularised by the American sociologist James Davison Hunter in the 1990s who described a culture war ‘as signalling much more than just disagreement – it was about a conflict ‘over the meaning of America’, and denoted two irreconcilable views about what is ‘fundamentally right and wrong about the world we live in’.

Importing the concept of culture wars

Debate over the emergence of ‘culture wars’ in the UK has exploded in recent years, accompanied by concerns that the country may be headed in a similar direction to the US, hugely polarised and divided.

Last year, there were twice as many UK articles about our home-grown culture wars than American ones, despite the US experiencing the most divisive presidential election in living memory.

Brands tuning in to the topic

As brands increasingly enter the sphere of activism, this trend will be difficult to ignore.

The study found that whilst there is a perception that the UK’s culture war divisions are exaggerated, they are nevertheless a real issue.

For instance, 73% think the media often makes the country feel more divided than it really is, and 44% believe politicians invent or exaggerate culture wars as a political tactic.

Nevertheless, 44% think culture wars are a serious problem for UK society and politics, although 34% neither agree nor disagree that this is the case.

A tiny minority think ‘trans rights have gone too far’

Of particular interest to me, as the former chair of Stonewall, is the disproportionate political and media attention given to trans rights.

The IPSOS Mori study reveals that the public are split on whether trans rights should be expanded in the UK.

Picking on a tiny and vulnerable minority

What is striking about these statistics is the amount of noise that the small 17% minority, who think trans rights have gone too far, are making.

The reality is that the vast majority of people, who are largely silent, would either go even further in advancing trans rights or are content with the status quo.

Interestingly, the study also found that most people have made up their minds on the matter for now. And with no legislation currently on the table to advance trans rights, it is even more extraordinary that the subject seems to merit the level of attention it has been given.

Pride has been bruising

Many within LGBT communities have observed that June 2021 will be recorded as one of the most bruising Pride months for many years.

It has been painful observing the ‘T’ in the LGBT equation relentlessly under scrutiny. The daily onslaught against trans communities in the British press (with Stonewall acting as a proxy for the same story) throughout June was unprecedented and distressing.

The very fact that it was Pride month seemed to have provoked the extent of negative attention.

At the very same time, the rights of LGBTQ people were under pressure or being rolled back in several countries in Europe.

On 15 June this year, Hungary passed legislation outlawing promoting or portraying homosexuality or sex reassignment to minors and limiting sexual education in schools.  A law very similar to the now infamous and regressive ‘Section 28’ introduced by the Thatcher government in 1988 and repealed in 2003.

This summer, several brands were tested in their allyship to LGBT in ways they may not have been expecting.

The National Trust found itself a target with a story in the Telegraph that it ‘had asked volunteers at an 18th-century palace to wear face paint and glitter to mark Pride month despite a growing backlash from members over its “woke” policies.’

As a spokesperson remarked, “like many organisations, they have been celebrating Pride month for a number of years as part of our wider drive to create a welcoming place for anyone to work or volunteer. It is entirely optional if staff, volunteers, visitors and supporters wish to join in these celebrations.’

A perfect example of what last year was regarded as innocuous activity to show LGBT inclusion became this year’s derided ‘woke’ policy.

Sticking up for the mental health of trans men provoked controversy

In a similar vein, the mental health charity Mind intervened to stick up for trans men on Twitter.

Picking up on some hateful anti-trans commentary associated with the hashtag ‘#Trans Men are Men’ they interjected supportively to say, ‘We’re loving that #TransMenAreMen is trending. The fact some people disagree with this is a common reason trans men are more likely to experience mental health problems than the average. A reminder to accept that people know themselves better than you do, and to be kind, always’.

Reading the outpouring of gratitude from trans people underneath this latter post was particularly moving. Having a substantial organisation like Mind onside who were prepared to stick up for them clearly mattered.

Even the rainbow was suppressed in Germany

As response to the anti LGBT legislation passed in Hungary just a few days before the Germany v Hungary match in the Allianz Arena there was a move to illuminate the stadium in rainbow lights. Something many iconic landmarks choose to do during Pride, and a particular statement of support for LGBT people in Hungary.

When UEFA ruled that it would not be allowed due to the ‘political context’ of the request the decision was poorly received.

To add insult to injury, UEFA also intervened to prevent VW using the rainbow colours in its advertising at the same match in Germany, as well as subsequently in Russia and Azerbaijan.

Like many, I applaud VW for wishing it to be known that they tried and were stopped. I also noticed VW ads used rainbow colours around the Wembley stadium during matches where, somewhat illogically, it was not prohibited.

Pride is not a party, it’s political.

Brands have sometimes been criticised for engaging in ‘pink washing’. Using Pride month as a retailing opportunity with the front window full of rainbow bunting but a lack of sincerity behind the scenes.

The challenge of being an ally as we all know is that it is not a neutral position. It is about involving yourself in someone else’s battle.

Therefore, not speaking up, looking the other way, or trying to duck the discomfort of controversy is to become a bystander. Those brands and people who have gone beyond embracing rainbow flags and engaged in the issues have stood out.

Hope from the England football team

To see Harry Kane wearing the rainbow captain’s armband, and other players sporting rainbow laces, despite all UEFA’s rulings was iconic.

In the world of brands, we know how much symbols matter. But they matter even more when it’s not easy. And you do it anyway. That is true allyship during Pride.