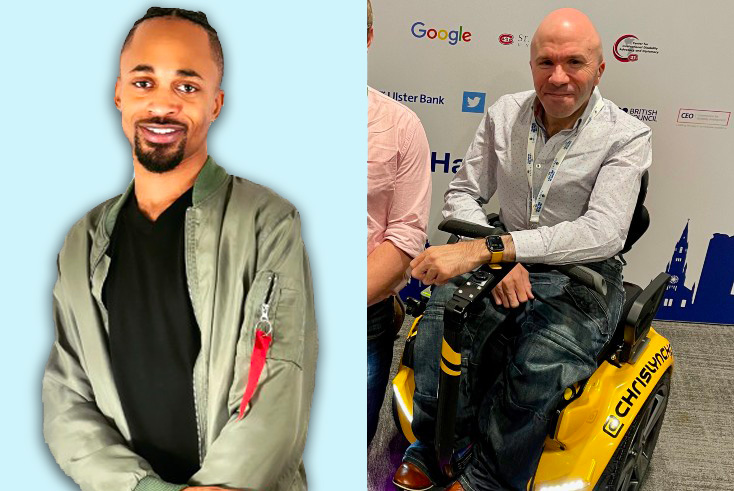 BA Film will fit within BA Creative’s larger mission of helping to produce creative content “made by the communities it intends to engage”, according to Kenna. The division will produce a range of content including short-form video and docu-series.

Brand Advance’s creative division, BA Creative, was established in 2021, and has produced creative content for brands such as GSK Brazil and the inaugural Ideas Festival in recent months.

“BA Film allows Brand Advance to work with producers and production staff from minority groups to create stories for those from the same minority groups,” Kenna continued.

Lynch (pictured, above–right), who has a severe physical disability, said that accepting the role was a “no-brainer”, as it “comes at a time when society has never seen so much conversation happen around diversity and inclusion, and not only that, it comes with genuine intent to change things for the better”.

“I’ve consulted with brands to help them become more accessible and inclusive. It’s been something I’ve been particularly passionate about and I’m just thrilled to be able to feed this into my work too.”

Kenna stated that it hopes to build the new offering into Brand Advance’s DIME partnership with Publicis, who “have been at the forefront of investing in minority-produced content.”

In addition, Brand Advance has revealed new minority-owned and operated US publications, Gen B USA and Hispanic Magazine GenHX.

Gen B Magazine was founded in the UK last year and delivers “engaging, entertaining, and educational content”, through diverse talent and writers. Its expansion into the US will be helmed by new editor-in-chief D’Andre Snellings (pictured, above–left), who commented: “As editor-in-chief of Gen B in both the UK and USA, I aim to showcase Black culture through the means of interviews, news, music, and, of course, culture.”

“While doing so, we work with writers who are Black or part of a minority community. Doing this not only pushes authenticity, diversity, but also upholds the core values of Brand Advance.”

Kenna recently moved to New York City to help grow Brand Advance’s output in the US. As a result of the new US publication, Brand Advance will have an increased footprint across the pond.