Black Friday is a lesson in behavioural science 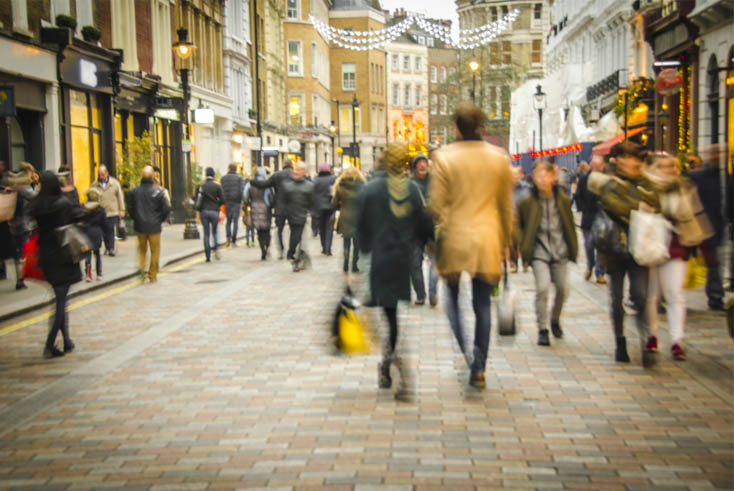 Kinetic WW’s head of insight, Jennie Roper, delves into the science behind Black Friday media strategies and explains how OOH advertising can be used to boost campaigns

Black Friday is coming up fast, but how should brands encourage the public to spend money on pre-Christmas bargains given the parlous state of the economy and continued uncertainty about the impact of Covid lockdowns around the country?

Advertising always plays a critical role in charging people’s desire to shop on Black Friday and prepare for the festive season ahead. This year circumstances are very different, but despite the on-going uncertainty, it’s clear that retail has bounced back strongly and our analysis of market activity shows footfall is tracking at around 90% of pre-Covid levels in some areas. Local lockdowns have done little, if anything, to dampen shopping activity.

Marketers and media planners always face a balancing act at this time of year between short term ROI and depleting consumers’ interest and trust with repetitive adverts.

This year, brands need to be even more sensitive to consumer behaviour, attitudes and attention spans, so it’s worth delving into the science behind media strategies designed to optimise seasonal or red flag day performance.

The science behind winning attention

Falling just after pay day for many households, a lot of brands use Black Friday to drive a high volume of sales, whereas many consumers use it as the starting point for their Christmas shopping.

Black Friday is a masterclass in behavioural science. It combines marketing techniques like priming, social proof and loss aversion to engage consumers.

For example, the power of priming can be seen during Halloween and the messages that Black Friday is coming soon. In a social study, Americans were asked to name as many candy brands as they could just before Halloween, and Reese’s Peanut Butter Cups came top of the list. Yet just one week later, less than a third of people named Reese’s.

The researchers behind the study hypothesised that the abundance of the colour orange, which is ubiquitous in the run up to Halloween, primed people to be more likely to name Reese’s – the brand colour of which is orange. This helped to ensure that Reese’s continues to be the number one selling candy in the US over Halloween.

OOH is a great medium to prime people. People don’t get annoyed when they repeatedly see a poster, like they do with the same adverts interrupting their social media feeds. But, as with everything, people will get tired of advertising after a while and it will become less effective.

However, for OOH campaigns that deliver a frequency level of more than 10, we advise they introduce motion into their creatives or increase the number of creative executions. In times of stress, optimum frequency levels are extended even further to around 15.

In the current context of Covid, prolonging the life of a campaign can help to ensure that its effectiveness peaks at the right time.

I’ll have what they’re having

Black Friday also builds a sense of anticipation. It works because everyone is talking about it and everyone is doing it. This is known as Social Proof.

Knowing other people are doing something is a powerful cue. It is why “world’s favourite airline” and “number 1 for insurance” are powerful nudges for brands.

It’s not just about telling people about your brand; other people need to know about it too. This is why public mediums are so powerful – according to writer and software engineer Kevin Simler, they provide “cultural imprinting”. He theorises that for advertising to be effective, you have to know that other people have seen it.

As industry commentator Bob Hoffman explained: “We see a Nike ad that makes an association between Nike and athletic excellence. Over time we understand that everyone else has seen Nike ads and they also associate Nike with athletic excellence. So, at some later date when we buy a pair of Nikes we don’t have to worry that our group will think we’re idiots”.

Black Friday is a masterclass in FOMO

In addition, Black Friday’s messaging is centred around loss aversion. Whether it’s the “once it’s gone, it’s gone” reminder or the countdown until the sale ends, it’s urging shoppers not to miss out.

This can result in more frivolous purchases. People might not be sure they really want it, but they would rather buy it than risk losing out.

When applied well, loss aversion is a powerful marketing nudge as we hate to lose things more than we like to receive them. Being given the opportunity to work from home was great, but imagine that this perk was taken away from you. That would hurt much more than the initial positive reward.

Using data to deliver on the science

At Kinetic, we are utilising our Journeys platform for Black Friday marketing. Through analysing historical data we can segment the vast out-of-home audience into those who tend to buy online vs offline. This helps marketers to understand if OOH should be used to guide people in-store or as signposting for online purchasing.

In 2017, very.co.uk won Black Friday with their clever use of OOH when they used digital OOH as a virtual shop window. The ads were powered by real-time data based on audience, sales, search and location. The campaign helped very.co.uk’s revenues increase by 17% year-on-year for the seven weeks up to Christmas. This was more than double the 7% growth seen in the UK non-food online retail market .

The non-intrusive nature of OOH also means that when implemented well it won’t erode trust and favourability. Even in these challenging times OOH maintains a weekly reach of over 90% it is just the frequency with which people are going out which has decreased.

Access to contextual, sales and local behavioural data means we have the ability to use these techniques in far more sophisticated and effective ways than we have done previously.