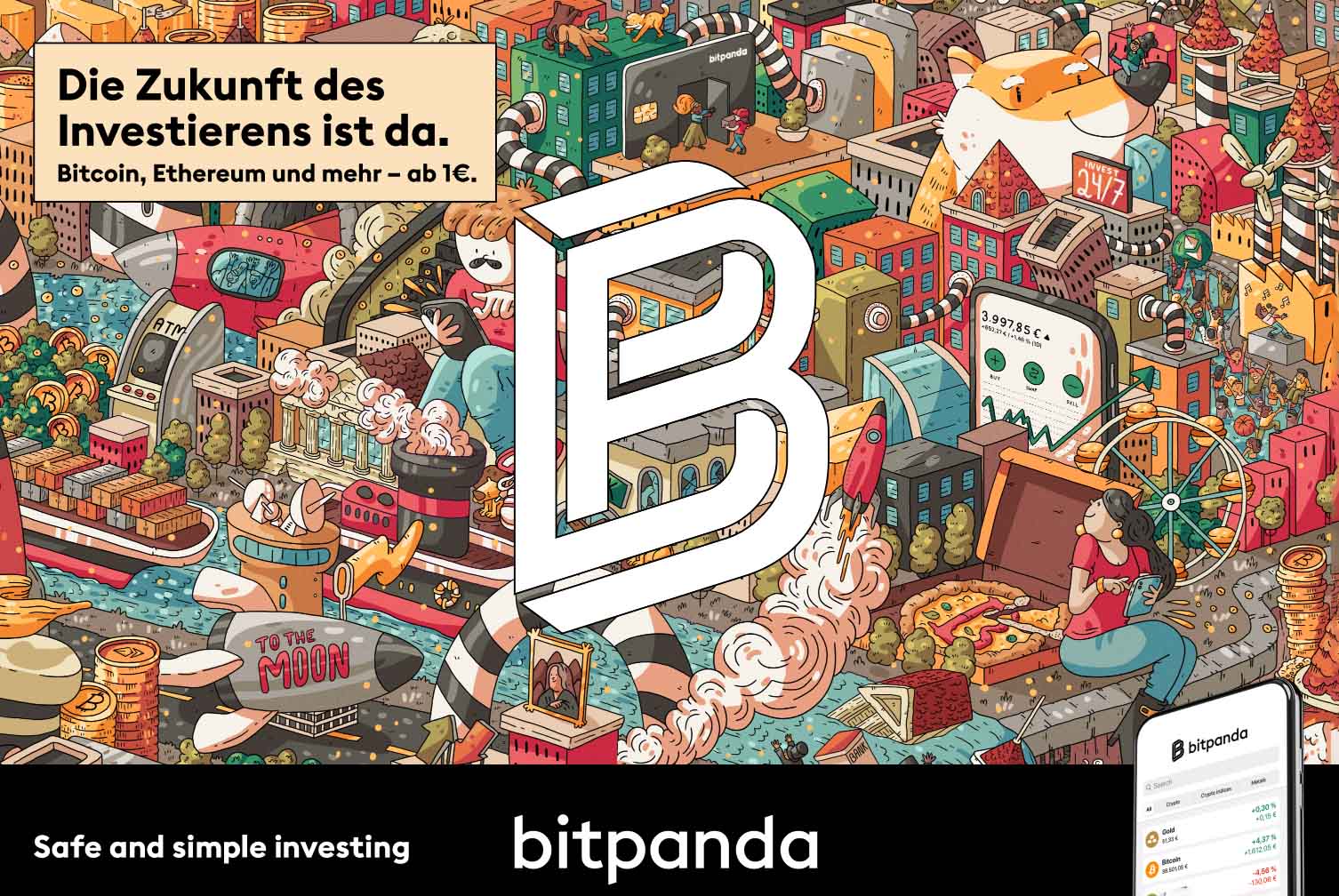 Vienna-headquartered Bitpanda has appointed Bicycle to handle its media experience, strategy and buying business after the agency pledged to deliver an “entirely new model” of international media planning and buying.

It is the first time Bitpanda has worked with a media agency in eight years of existence, having been valued at $4.1bn last Summer after closing a Series C funding round. The company began a pitch in January for a 21-market launch with a €150m media budget behind it to scale their business rapidly across Europe, as and when they acquire licences to operate in those markets.

Bicycle, which is about to celebrate its first birthday after launching in June 2021, won the pitch despite coming up against some of the UK’s biggest network media agencies, including WPP’s Mindshare and Omnicom’s OMD.

Bicycle will run the account out of London and begin buying all offline media and some online for Bitpanda from its central hub, but will also work hands-on in each market alongside the local teams and media owners to deliver a “centralised strategy with fully bespoke localised flair”.

The first campaign is set to launch next month in France, with a seven-figure media buy of which three-quarters is to be spent on above-the-line (TV, outdoor and radio). Bitpanda’s marketing message is that it wants to “democratise” investment, by making it easy and safe for anyone, no matter their experience and, notably, is “fiercely pro-legislation and pro-regulation”.

Clearly, a start-up media agency is not able to offer the same level of buying heft as a global media agency, whose sheer size and large advertiser client base can often mean it commands better trading deals with media owners.

However, Bitpanda VP of marketing Gareth Nettleton said he his colleagues were “blown away” with Bicycle’s strategic approach. Nettleton, a former Strava marketer and exec at WPP innovation agency AKQA, even described Bicycle’s plan for handling Bitpanda’s media business as “completely revolutionary”.

While it is the fourth international win for Bicycle (after LiveScore, Terra VIrtua and Estrid), the size of the Bitpanda account means that the agency will have to significantly increase in size and build, as co-founder Henry Daglish says, “build an entirely new model for businesses that operate internationally”.

For example, while Bitpanda will still buy its own media for search in local markets like Germany, Bicycle will ensure the online media-buying is aligned properly for a wider multi-market campaign. Bicycle will buy ads for programmatic display, video, video on demand and offline media (TV, radio, and outdoor).

Having started out as a cryptocurrency trading platform, Bitpanda has expanded its offerings to include commission-free fractional stocks and precious metals and is about to make its first-major brand-building push using online and offline media across Europe.

Henry Daglish, CEO and co-founder of Bicycle, told The Media Leader that Bitpanda is now trying to create a direct competitor to established retail investment services, such as Hargreaves Lansdown.

“International media, the way 95% of it is run and managed, is the polar opposite for what businesses like Bitpanda need,” Bicycle CEO and co-founder Henry Daglish told The Media Leader. “They need very strong, central, strategic control. They need complete agility in their agencies because their world changes every single second, especially with market fluctuations going on.”

Crucially, a fintech brand operating internationally is looking to reach similar audience cohorts in different territories, such as younger professionals and amateur traders who like to ‘play the markets’. This is a departure from a consumer goods company that might be more interested in creating separate sub-brands in different markets that appeal to different audiences.

“Mindshare and OMD are built to create hub and spoke solutions that match a Nestlé or a Coca-Cola,” Daglish said. “They need people on the ground and all that stuff that helps the local markets grow in their different ways. But it’s exactly the wrong approach for fast-growth businesses because you have a central team that defines a strategy and approach that goes through three or four levels of ‘Chinese whispers’ before it actually hits the market in terms of media buying.”

No ‘pre-taken’ commitments to media owners

There is now also enough digital built into key European media markets that boundaries are far less important. While buying on Google and Facebook has been able to be delivered centrally for several years, broadcasters that operate across Europe such as RTL or Sky can now also be dealt with through a central conversation in London, as is the case with outdoor and radio.

Daglish describes Bicycle’s role as being a “media council in the middle without all the middle men in the way.” He insisted network media agencies are not equipped to provide this way of working for fast-growth advertisers because “most of their output is defined by pre-taken trading positions”.

“There will already be commitments [at a network’s group-buying level] to Google and Facebook before you even look at what the client needs,” Daglish added. “We’re legacy-free and have none of those challenges in place. We can do exactly what’s right for the client without having to honour some agency commitment.”

There have been a new wave of digital media specialist agencies in recent years that have talked a similar game, such as Brainlabs and Jellyfish, but Daglish insists Bicycle’s model is different because those agencies are not providing media-buying “through the funnel”.

The agency currently has no plans to join Local Planet, the global network of independent media agencies, including the world’s largest indie US giant Horizon Media and the UK’s largest the7stars. Instead, Daglish speculated that Bicycle may create a “hub” of individual people who are independent media specialists that act as ambassadors based in local markets that report back to the centre.

Daglish admitted he has been surprised by going international after only a year in operation. He estimated it will take 15 people in the central hub to service the account, which is currently over half of the agency’s total staff. There are currently “three or four” briefs currently out to hire additional staff.

Bicycle now estimates its media billings for this financial year to be over £100m, having also won accounts in its debut year for Duolingo, LiveScore, Virgin, Branston Pickle, ANNA Money, Movember, Estrid, and Pasta Evangelists.