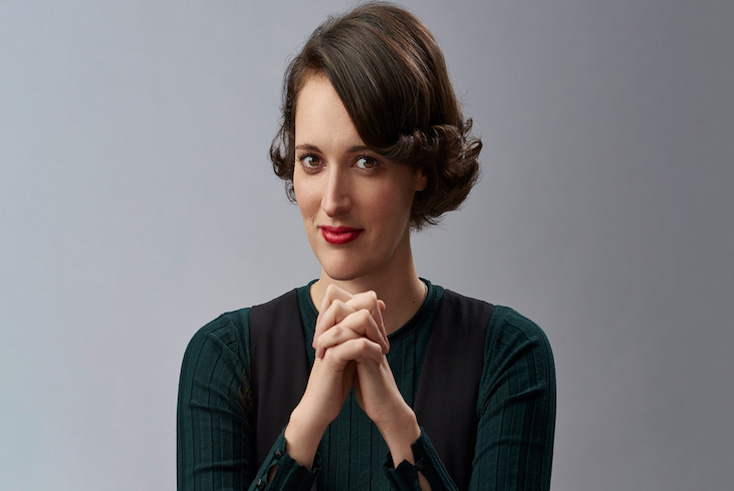 The recent interview of Paul Feldwick in the March edition of Campaign was billed as a ‘#1 Provocation’ and certainly lived up to its promise with me.

‘Does advertising need to be a bit more Mrs Brown’s Boys and a little less Fleabag?’ ran the headline.

The article went on to explain Paul’s view that advertising was less effective than ever because of a pre-occupation with creating ‘cool brands’ rather than brands with popular appeal.

To illustrate his point, he drew an analogy with the TV show Fleabag. He said: ‘Everyone talks about how wonderful the show Fleabag is, and they are quite right. But the audiences for Fleabag are tiny compared to the audiences for Mrs Brown’s Boys, which is a programme that Fleabag fans wouldn’t touch with a bargepole’.

He went on to remind us that advertising should be setting out to appeal to large audiences ‘not your friends in Hampstead or Greenwich Village’.

I should say at the outset that I am a massive fan of the esteemed Paul Feldwick. We come from the same generation of marketers who enjoyed the ground-breaking era of introducing planning into the process of advertising development, and I certainly watched the outstanding work consistently flowing from BMP with huge admiration.

Those were the days when programmes attracted huge live audiences and the commercial power of TV was at its height. An advertising campaign on TV could affordably achieve reach and frequency levels in a matter of weeks that would be seem extraordinary now.

Let’s not look back with ‘rose tinted’ glasses

However, the 1970s and 1980s were also the ‘bad old days’ when sexism, homophobia and racism were part of everyday life and made their way without much thought into the popular programmes of the day.

It is sobering to recall that The Black and White Minstrel Show (where the male singers performed in blackface) was cancelled as recently as 1978.

More than 18 million people watched the Miss World pageant at its peak during the late 1970s and early 1980s and it only stopped being broadcast after 1988.

Martina Navratilova came out as gay in 1981 and in spite of her being the No 1 tennis singles player between 1982 – 86, she tells us that once she had come out advertisers were ‘unwilling to touch her with a ten-foot pole’.

It was the kiss of death. Speaking of kisses, it was only in 1987 that a man called Colin gives his boyfriend Barry a peck on the forehead when saying goodbye. And the tabloids screamed, in large, inky, outraged letters: this isn’t EastEnders, it’s EastBenders!

Paul is right in that the advertising of the time had a tendency to reflect popular society rather than challenge it. I remember some of the discussions.

One of the first accounts I worked on as a graduate trainee in 1982 was the Electricity Council. We were producing campaigns targeted at women, encouraging them to use electric hobs on the basis of that they were easier to clean than the more popular gas ones.

I remember asking: ‘Why do we always use a male voiceover when we are targeting women?’ And being told very firmly that ‘women responded better to the authority of a man’s voice.’

At the time I understood this was something that had been researched, but I now know that it was simply an embedded belief, or what we might now call a bias.

Racism was picked-up in research

Some years later, having risen up the ranks to account director level I can remember a mortifying research debrief I went to for Malibu coconut rum.

Our creative director, Ray Barrett, was a black man in his early 30s. He had written a script set in Jamaica to convey the real Caribbean roots of the brand.

The main character, also a cool young black man, drove a gorgeous Cadillac through a waterfall instead of a carwash. Very predictably, he then went on to enjoy a Malibu and pineapple juice on ice, looking at the sunset with a beautiful woman by his side in the car.

The respondents really hated the main character and said, as a black man he must have been a pimp or a criminal to have such a nice car.

I remember I could hardly look at Ray, as the researchers recommended changing the character, to a white man.

Afterwards he told me not to worry. He explained that these attitudes were his everyday reality, even in London. At the time, he drove a company 6 series BMW, and said he was regularly stopped by the police on his daily commute who assumed he had stolen it.

Once again, the feeling was that it was not the job of advertising to change society, but to reflect it.

Our job was simply to get people to switch brands. In the end, we dropped the whole campaign idea, because we couldn’t bear to simply insert a white man into a Jamaican context.

Ray came-up instead with a campaign called ‘silhouette’. Using the white, brown and orange colours of the Mailbu brand packaging, we told a story set on a palm-fringed beach with a cast of black people, in ‘animated reality’.

It was acceptable to show black people dancing in silhouette, but not to drive a nice car.

Making people laugh is no excuse

So, you can understand that when I saw the March front cover of Campaign with a grinning Brendon O’Carroll playing Mrs Brown, together with the headline ‘Stop being so clever’ it really hit a nerve.

Mrs Brown’s Boys is a slapstick comedy hinging on a middle-aged man pretending to be a troublesome ‘Mammy’ and is an unashamed throwback to music hall traditions with its toilet humour and amped-up stereotypes.

In spite of being met with critical disgust, it turned out to be one of the most watched TV sitcoms in decades, with the 2018 Christmas Special achieving 6.8 million viewers.

This is Paul’s point. Advertisers should be alert to popular tastes in entertainment, which brands might want to replicate to appeal to similarly large audiences.

However, I believe times have changed with regard to the responsibility advertising has to lead as well as reflect the attitudes of society if we are to play our part in changing attitudes and preventing harm.

Those of you who watched the Netflix film Disclosure will have been made aware of how the decades old stereotype and tropes of men dressed as women for comedic value in TV and film are problematic for trans women.

Many famous transgender people ranging from Laverne Cox to Chaz Bono asked us to consider how transgender depictions both reflect and manufacture society’s deepest fears about gender.

At a time when the industry is rightly thoughtful about the harmful effects of stereotypes, surely a character such as Mrs Brown is the very last place we should be going to look for inspiration?

Looking for fresh inspiration in comedy

In a world seeking authenticity, we should certainly be interested in investigating the appeal of Fleabag.

Praised by fans for ‘characters who were not always likable, never mind loveable, but also often very relatable’ we should be working out whether such a refreshing approach is relevant for our advertising.

We should also be getting inspiration from Michaela Coel’s Chewing Gum, Daisy May and Charlie Cooper’s This Country and the joys of Grace and Frankie with its hilarious but sympathetic take on life after 70.

Comedy has an important place in British culture and advertising. I agree with Paul that entertaining our target audience is a legitimate way of getting their attention and earning the right to intrude into their busy lives.

But surely we can do better than taking a leaf out of Mrs Brown’s Boys playbook and its awful throwback to vaudeville vulgarity?

Jan Gooding is one of the UK’s best-known brand marketers, having worked with the likes of Aviva, BT, British Gas, Diageo, and Unilever. She is an executive coach, the chair of PAMCo, Given (London), the president of the Market Research Society, and the former chair of Stonewall. She writes for Mediatel News each month.