The channel has a slate of entertainment, competitions, documentaries, dramas, comedies, films and sport aimed at 16- to 34-year-olds who live in the UK.

New drama, comedy and entertainment commissions will be hosted on the channel such as RuPaul’s Drag Race UK Versus The World (pictured, above), The Drop, Hungry For It, Gassed Up, The Fast and the Farmer-ish, Love in the Flesh, Cherry Valentine: Gypsy Queen and Proud, Freeze: Skating On The Edge, Brickies, Lazy Susan, Mood, Conversations with Friends, Peacock and Life and Death.

There will also be a weeknight five minute news bulletin The Catch Up, produced by BBC News and presented by Levi Jouavel, Kirsty Grant and Callum Tulley (pictured left to right below). 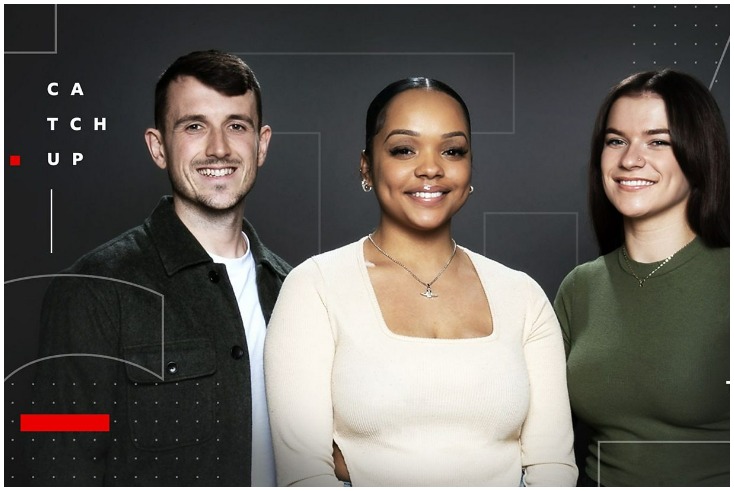 Fiona Campbell, BBC Three controller, said: “Youth is not one homogenous group. There are 16 million 16-34s in the UK with a huge range of different life experiences.”

“BBC Three is going to be a noisy channel – hyper-focused on this varied experience of being young in the UK today,” she added.

It will be available to view on Freeview, Freesat, Sky and Virgin Media as well as live or on-demand via the iPlayer.