Avoiding TV as a career? Time to reconsider 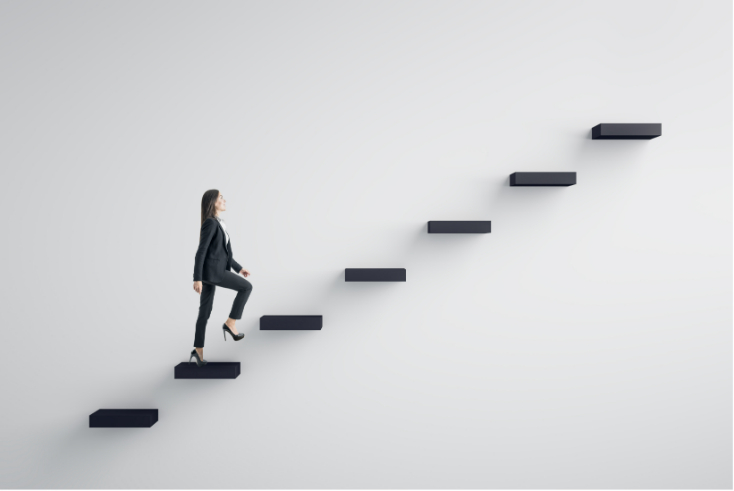 There will be a need for TV experts for many, many years to come, but TV roles are some of the slowest to fill within media agencies.

Following a tough couple of years in which the TV industry has experienced unprecedented market disruption, the industry is now facing a new challenge, and this time it’s a recruitment one.

This isn’t news to anyone of course. The entire country is experiencing a shortage in suitable candidates. The Open University’s Business Barometer 2021 found that whilst the number of candidates in market has increased significantly post-pandemic, “63% of decision makers agree [that] their organisation has found recruiting difficult as candidates didn’t have the required skills for the role”.

Recruiters are however reporting that AV vacancies in particular are some of the slowest to fill within media agencies. Whilst there is a myriad of things that prospective candidates are looking for in a new role, there seems to be a misconception of AV being perceived as a ‘traditional’ (read: outdated) career choice.

Matt Poole of recruitment agency Poole & Partners reports that this trend holds most true at junior-mid levels of seniority, stating that entry-level candidates gravitate towards Digital and Social due to their personal media consumption and mid-level candidates look to move into more digital-focused roles to avoid being ‘left behind’ in an increasingly digital media landscape.

Candidates avoiding TV for fear of being ‘left behind’ is a misnomer to many in the industry who over the past year or two have witnessed a pace of change in TV not seen since the advent of Broadcast VOD (BVOD) 12 or so years ago.

For the first time since catch-up TV emerged in the noughties, we have accurate reporting of total AV performance (linear TV, Video and even Subscription VOD [SVOD]) via BARB’s router meter data. Interestingly, the data proves that far from SVOD sounding the death knell of linear TV, SVOD is still only a small minority of the UK’s TV-viewing day.

Should SVOD ever replace Broadcast TV as the majority of people’s viewing, it still won’t mean the death of agency AV teams as SVOD could soon sit under these teams’ remit. Both Netflix and Disney+ have announced that they could implement advertising structures on their platforms within the year, meaning TV buyers in the future could trade spots in Stranger Things (Netflix) or The Kardashians (Disney+) in tandem with their Bake Off and Corrie spots.

What’s more, after years of calls from agencies and advertisers for an accurate reporting system for TV & Video campaigns, technological advancements have finally caught up with the demand. C-Flight is ‘the UK’s first unified TV advertising metric’ which now allows agencies to report on the actual TV and Video coverage of their campaigns.

We in the industry have always known that VOD adds valuable reach to TV campaigns but to date have not been able to prove it. TV has genuinely never been as accountable and measurable as it is now.

As these technical capabilities evolve, TV teams are starting to cultivate in-depth technical knowledge of programmatic and data. These days you’re as likely to hear AV teams discussing the merits of various DSPs or panel match rates as you are to hear them discussing the performance of top TV programmes.

AV is Digital nowadays; at Publicis Media for example, our advanced TV offering, PMX Lift, offers the same data-driven targeting to be applied across linear, addressable and video. Candidates certainly don’t need to abandon AV for Digital or Social to future-proof themselves for a digital future. Far from it, they need to apply their skills and approach to a new and ever-evolving landscape.

There will be a need for TV experts for many, many years to come and the number of agencies and media owners currently seeking out TV experts should demonstrate to junior members of our industry the long-term job security a career in AV can offer.

Let’s not forget that TV is still the most important channel to help stimulate short-term sales and long-term growth for brands, and it’s never been more effective.

Bryony Lawler is head of AV at Publicis Groupe’s Starcom.