Audio may be the big Metaverse and commercial winner 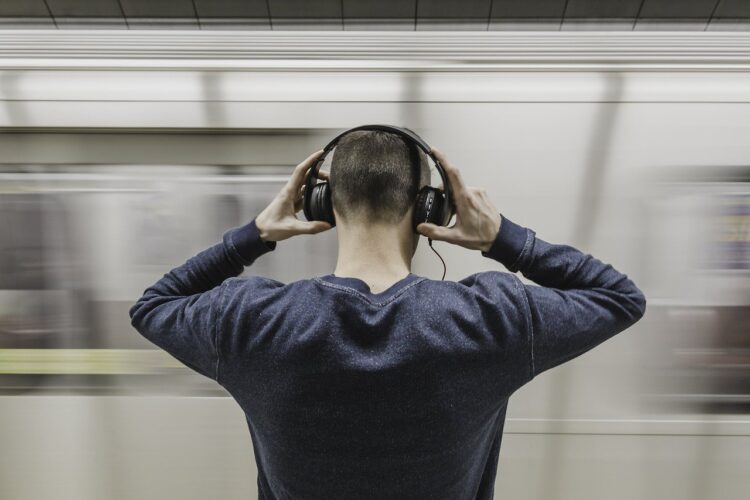 Exciting things are happening in audio but only one in every £10 spent on radio is digital.  Are things about to change, asks the editor.

My big problem with the Metaverse has always been the Zuckerbergian vision of mixed-reality media usually involves wearing a VR headset and doing activities I thought I had outgrew after puberty, like dressing up as a dinosaur.

Yes, our lives will become experientially more digital in the next few years, particularly as 5G and home internet speeds get better. But this has been happening for two decades already.  I bank online, I do most of my work online, and I shop online. The metaverse is evolution, not revolution.

But there is one interesting potential realm of the metaverse that I haven’t heard being discussed as much. Audio seems to be the natural next step in making the internet a more useful, dynamic and immersive part of our everyday lives.

Unlike a VR headset or AR glasses, all you need to enter the audio metaverse would be a pair of headphones. Most people on the daily commute are already wearing earphones, some of which cost a couple of hundred pounds, to listen to music, audiobooks and podcasts.

Disruption has been massive

It’s not so much of a leap to imagine a world in which headphones open up a new frontier in the so-called metaverse. It all depends on how much privacy you’re willing to give up to Big Tech.

For example, maybe you’re looking for new shoes but haven’t yet found the perfect pair; you might walk past a shop whose catalogue includes something perfect for you and then BEEP – your voice assistant tells you that it might be worth a quick look.

Perhaps an audio-version of Minority Report is a little far off, but I would happily bet on further disruption coming to the world of audio soon, given how much change there has been already.

Look at how streaming has completely upended the music industry in a way that just has not happened with TV. People can now stream virtually whatever they want through a single platform – usually Spotify or Apple Music – while TV content fluctuates in a constant dance of unbundling and rebundling.

This is having strange effects. It was particularly weird to see Neil Young announce recently that all his music should be taken down from Spotify in protest against Joe Rogan’s podcast for spreading misinformation about Covid-19.

There’s just one problem. Neil Young no longer fully owns his music and doesn’t have the unilateral right to allow where it is played. A year ago he sold half of his back catalogue to a London-listed hedge fund called Hipgnosis.

He’s not the only one: the Red Hot Chili Peppers did a similar deal with Hipgnosis last May, while Fleetwood Mac singer Stevie Nicks sold 80% of her song rights to publishing house Primary Wave in December 2020. That same month,  Bob Dylan sold his entire catalogue to Universal Music Group for £225m.

Hedge funds and record labels know that there is big money in having exclusive rights to mega-artists who won’t live forever and can’t benefit from film and TV royalties after they’re dead.

What’s more, a fascinating piece published last month by music blogger Ted Gioia explains how the market for new music is actually shrinking. Despite the internet creating an unlimited platform to find new artists, it seems most users just want to play their favourite oldies.

No wonder all the investment money is getting into bidding wars for old songs rather than find the new Ed Sheeran. Imagine how much worse this will be when deepfakes get so good that you can revive Elvis Presley and get virtual Elvis to go on tour and star in a Jailhouse Rock movie sequel.

A word of warning did sound last week from Lucy Barrett, the client director of Radiocentre who has just been appointed as the inaugural president of the World Radio Alliance trade body.

“Over the last decade we have seen the rise of more commercial audio formats such as music streaming services and podcasts, yet commercial radio’s dominance in the sector remains pretty much intact,” she said. “But, as is so often the case in the world of media, expectations and perceptions relating to the growth of the new formats are disconnected from this reality.”

Advertising expenditure forecasts, such as those from AA/Warc, show how right she is. This year, digital ad formats are forecast to be £73m, or 10% of the total commercial revenue for 2022. Digital remains small but has actually grown relatively quickly since 2015, when it was just £20m (less than 4% of all commercial revenue).

And it should grow at an even quicker pace in the coming years – the latest Rajar audience figures showed that digital streaming now accounts for two-thirds of all listening.

So we have a commercial audio ecosystem whose hardware seems ripe to enable access to the metaverse, music distribution seems settled for the streaming age, and digital listening has reached maturity (in the UK anyway).

It now depends whether advertisers will want to fully embrace this new world of audio. Radio has traditionally been seen as a ‘cheap and cheerful’ media channel that brands can use for incremental reach, but with digital you can create potentially thousands of different creative messages for a single campaign.

Is it worth the extra cost and complexity? That’s the key question that the World Radio Alliance or proponents of the metaverse will need to answer convincingly.

Start the Week: don’t miss Mediatel News’ Monday newsletter featuring the editor’s weekly column and a look ahead to what’s happening in the media world. Subscribe for free here.