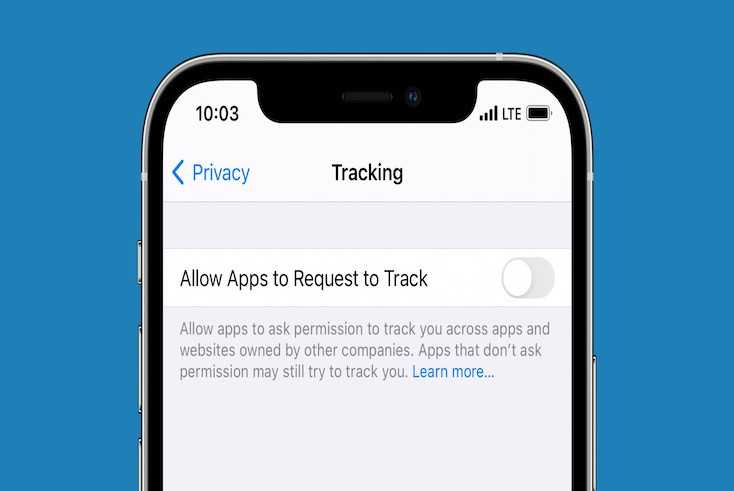 I don’t often read ad-tech stuff that makes me laugh out loud, but I did last week.

Discussing the impact — carnage might be a better word — of Apple’s App Tracking Transparency (ATT) protocol on targeted advertising, one practitioner gave this view:

“This is a really really great thing for the industry because it means we rely on 100% consented users that are high-quality.”

Another described opted-in users as both “disproportionately valuable to advertisers” — can’t disagree with that — and super-users “more likely to be very engaged with the brand or app”.

The latter point I do disagree with.

Even if you take out the inertia factor — ie those who haven’t or can’t be bothered to opt out — I can’t see that it follows that those who are engaged with a brand or an app will necessarily be engaged with the ads.

And carnage it looks like. There are various figures floating around but it appears that in the US around 5% have opted in, and worldwide, 14%.

Those who like granular detail can follow this daily on Flurry or Blis just a couple of weeks in when many, including me, still haven’t updated to iOS 14.5.

At worst therefore, the number of ‘high-value’ users might be a third or a half of previous levels, and perhaps at worst a fifth or a tenth.

So the claim that this isn’t too bad made me think of the scene from Monty Python and the Holy Grail in which the Black Knight has three of his four limbs severed by King Arthur. “It’s a mere flesh wound”, he protests as he loses yet another arm.

The core myth that is peddled here is that users want relevant ads, and tracking is at the heart of the mechanics that will allow advertisers to do just that.

So, as someone still being tracked, I thought I’d look at what I’m getting served.

On Pedometer (to which I am addicted), health insurer Vitality has me in its sights.

Fair enough, except it thinks I’m female; no prizes there.

Via LinkedIn, Barclays thinks I’m wealthy enough to want private banking — fat chance — while DynatraceGo thinks I need to know more about ‘full-stack-observability’. As if.

Via Shazam, I’m being sold Amazon Music (ok — but you don’t need to be a rocket scientist to work that one out), LG OLED TVs (got one a couple of years ago, thanks) and on BusLondon, a Visa debit card ‘powered by Crypto’ from a US bank I’ve never heard of.

So…if these are the benefits of tracking, either to me or the advertisers in question, then one of us is living in a parallel universe and I don’t think it’s me.

But the thing I find most strange is that, of all the app-related ads I checked this morning, none related to location, perhaps the simplest and least irritating form of advertising.

I can’t explain why, but the lingering suspicion I have is that it’s too old- fashioned and insufficiently whizzy. But so much more likely to be relevant and useful.

Like some, I was initially bemused by Warburtons latest ad featuring George Clooney. Once I’d got over the pornification of toast — talk about the product as hero — I kept asking myself a series of ‘why’ questions.

Why George? Why did he do it? Why does he need to phone Jonathan Warburton? What have they possibly got to talk about?

Why, as the Guardian noted, if they’ve gone to all the trouble and cost of hiring George, is he only on screen for four seconds and utters 11 words?

Details. Details. The real point of the ad is fame, and the fame game is the thing that in the last 30 years has turned Warburtons from a family-owned regional baker based in Bolton to a national entity and a powerhouse brand — most-loved bakery brand and #5 grocery brand (behind Walker’s), according to Kantar.

So the fact that viewers may be asking themselves if George is broke — as indeed turned out to be the case with Robert de Niro in the bagels epic — is to miss the key message here, which is that Warburtons’ brand magnitude is such that it both can afford Clooney and not be outshone by him either.

That’s a powerful pull to the average consumer.

There’s a lesson here for Warburtons’ rivals like Hovis and Kingsmill, which it has overtaken — despite, in Hovis’s case, a once-formidable advertising heritage.

Fame, consistently sought and expressed by high-profile TV advertising, makes a difference, all the more so if it is powered by intelligent use of celebrities.

I can’t think of another advertiser that has better deployed this strategy so effectively over the last few years, from the Muppets to de Niro and Sylvester Stallone. And they’re all still worth watching again.

But my favourite features the least Hollywood celeb of the lot, Bolton lad Peter Kay in ‘Pride and Breadjudice’. You can watch the full version here but I’d advise skipping the not-very- relevant pre-roll.

Hmm. Think I’ll have a toasted sandwich for lunch.