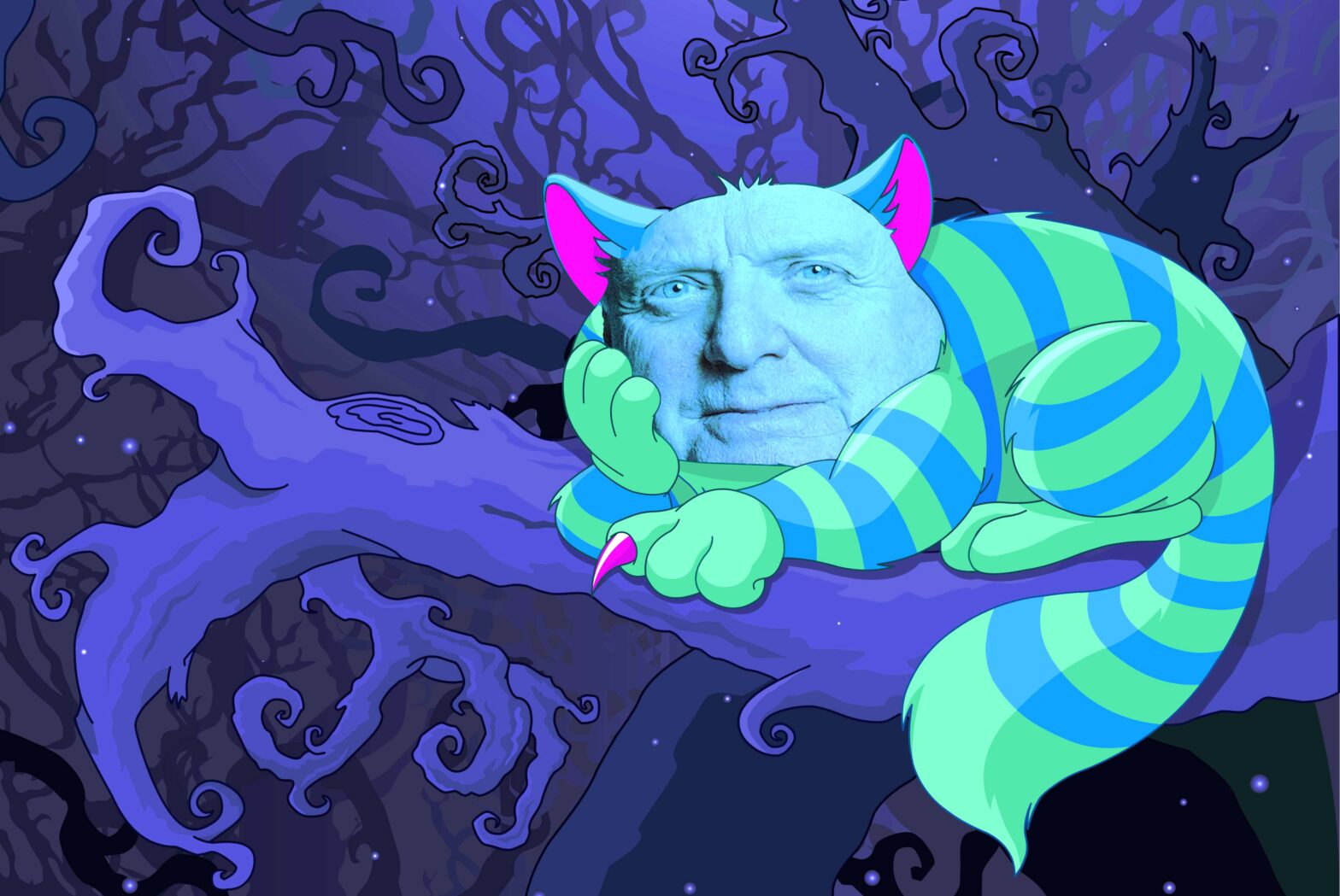 Grade has always been better at wheeler-dealing than big strategy. If he makes the right choices as Ofcom chairman, this role could be the honourable culmination of a long career in the media.

The likely appointment of Michael Grade, Lord Grade of Yarmouth, as the next chairman of communications regulator Ofcom is not all bad – certainly compared to what might have been.

He is not a sociopath and has never been responsible for authoritarian headlines such as calling judges “Enemies of the people” for exercising their professional judgement.

Grade after all has also occupied the summits of broadcasting and the British film industry – chief executive and chairman of Channel 4, chairman of the BBC, ITV and of Pinewood and Shepperton Studies.

He is also kind, has expert timing with the one-liners, and can be very loyal to people if not organisations.

His secretary, personal assistant and confidante Ros Slobada, has been with him for half a lifetime. Three years ago she nearly died of sepsis, the massive bacteriological infection that kills more than 52,000 people in the UK every year.

Grade joined her to campaign for greater knowledge about the killer and also started raising the issue in the House of Lords.

Slobada has, however, been known to raise an eloquent eyebrow in recent years over Grade’s move to the right as a Conservative peer and his support for Brexit.

So has the Government after more than two years of shady manoeuvring finally stumbled on what was always there all along –  the perfect candidate from their point of view?

Up to a point, Lord Copper.

Alas there has often been a bit less to Michael Grade than the titles and positions imply.

There has always been a splendid front of house act with red socks, red braces and the big cigar and an endless ability to deflect criticism with humour.

He is like Lewis Carroll’s Cheshire Cat: The smile lingers after the substance of the body has disappeared.

Grade has always been better at high-profile tactical coups, and wheeler-dealing than well thought through strategy, particularly noticeable in times of rapid technological change. Grade could never have been a digital native but he is not really an assimilated digital migrant either.

While working at his father’s theatrical agency he successfully negotiated the move of Morecombe and Wise from ITV to the BBC but the Charlton Athletic fan’s attempt to take Match of the Day from BBC to ITV – Snatch of the Day – blew up in his face.

A great entertainer, certainly, and the jibe by Paul Dacre’s Mail that he was Channel 4’s “pornographer –in-chief” was, of course, just ridiculous.

In his broadcasting days, Grade was greatly helped by two people: Slobada and Peter Ibbotson, a former editor of Panorama.

Ibbotson wrote the speeches and did the rigorous analysis. It is said that Ros, in the days before mobiles, listened in to Grade’s work calls so Ibbo could be alerted if Grade was heading for trouble.

That was then. Where is he positioned on two of the big broadcasting issues of the day, the privatisation of Channel 4 and the future of the BBC licence fee?

We need more than quips

Unfortunately this is where the superficiality kicks in.

When he was at Channel 4, Grade fought against privatisation. When he went to the BBC he was rapidly converted to the idea. In more recent times, he has been suspected of actively being involved with plans to privatise and perhaps even join a consortium to do so. That of course will be no longer possible when he chairs Ofcom.

The worry is that he will continue to reduce complex arguments to one-liner, childlike simplicity, such Channel 4 being “a corner shop” in an age of streamers. Up to a point, but it remains financially viable, technologically innovative and is a nimble operator making challenging, cutting edge programmes. In Channel 4 News it makes one of the best news programmes anywhere. All of this could be threatened by privatisation for no plausible reason other than Tory ideology, and possibly revenge.

Grade has also decided to attack the BBC licence fee which has funded the organisation for the past 99 years saying it is “a regressive tax” that people can’t afford any more. It has always been a regressive tax but the subscriptions to Sky or the international streamers, which offer nothing like the range of services provided by the BBC.

It is a lot easier to denounce the licence fee in quips than come up with viable alternatives for funding a national public service broadcaster designed to serve everyone.

The former BBC chairman has also been prominent in criticising BBC journalism from all the depths of his knowledge as a Daily Mirror sports columnist in his early 20s. His father got him that job and he must be the only Mirror journalist ever to arrive for work daily in a Rolls Royce, albeit one that dropped him off round the corner for the sake of appearances.

There is another huge problem facing Grade –  the ever- increasing scale, range and complexity of Ofcom’s responsibilities. Broadcasting regulation may generate the headlines and the intensity but Ofcom is just as much about telecommunications, broadband and spectrum licensing and protection. It is often forgotten that the organisation is also responsible for protecting the universal postal service.

While the Government rails about the size and bureaucracy of Ofcom it continues to impose more and more responsibilities on the organisation, the latest on the way the thorny task of online regulation with the Online Safety Bill.

There will be a steep learning curve for Lord Grade of Yarmouth.

At the age of 79, chairing Ofcom will probably be his last big job –  certainly in the pubic sector –  and at £141,000 a year for three days a week he cannot be doing it for the money.

Lord Grade now has a choice and one on which his lasting reputation will rest.

He can go in to Ofcom under instructions as a Conservative Party hack encouraging and promoting ill-thought out ideas such as the privatisation of Channel 4 and the financial undermining of the BBC and to “sort-out” the regulatory body- whatever that means. That would amount to little more than being a more genial version of the Daily Mail’s Dacre.

Or he can build again on his better, more idealistic days, such as when he claimed to have taken the biggest pay cut in history when he returned from the US to the BBC because he missed public service broadcasting.

Lord Grade now has the opportunity to eschew self-serving, tired media clichés and one-liners and add substance to the smile left hanging in the air.

Make the right choice and the Ofcom chairmanship could be the honourable culmination of a long career in the media.

Take the easy political road and many people will ask: why on Earth did Michael Grade bother?

Raymond Snoddy is a media consultant, national newspaper columnist and former presenter of NewsWatch on BBC News. He writes for The Media Leader on Wednesdays (today being an exception).