Is Sky’s Boris Johnson drama This England an ‘ill-starred’ idea? 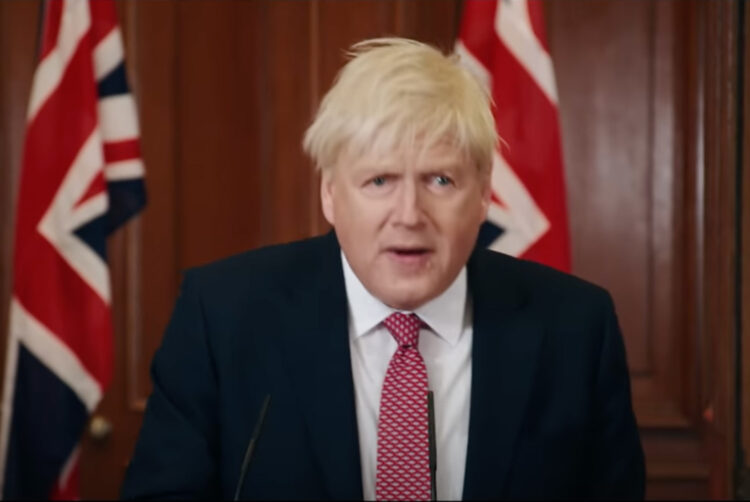 The desire to produce a drama about current events means filmmakers are forced to sacrifice depth and veracity for a ‘quick-hit’ stunt.

To twist David St. Hubbins’ (Michael McKean) line from This Is Spinal Tap referencing the passing of Elvis Presley, was Sky’s commissioning of the Covid-19 first-wave drama This England (formerly This Sceptred Isle, since dumbed down by Isleworth’s marketing team) a choice informed by “too little perspective”?

Certainly, it appears that way, especially in the context of recent comments by the mini-series co-writer/director Michael Winterbottom.

Speaking to Screen Daily last week Winterbottom (whose other credits include fact-based dramas Welcome to Sarajevo, The Road to Guantanamo and A Mighty Heart) left multiple hostages to fortune.

“Rightly or wrongly, I don’t know, but we decided not to try and revise what we’d done — this is our version of events. It’s a sort of fiction, the last episode is the most fictional — ‘lessons Boris Johnson learnt from the first wave.’ Which it turns out were not as many lessons as we thought he might have learned.”

Now Winterbottom may be misdirecting, in the hope of throwing the viewer a few curveballs, but it’s doubtful.

The full story hasn’t not been told yet

The whole concept of This England appears flawed.

From the viewpoint of bums on seats, I can’t see the appeal of the show, given the subject-matter, and a cursory trawl through many comments sections for newspaper articles seems to confirm this.

The rush to production was a poor decision — why not wait to see how events eventually played out and include Partygate and Johnson’s ousting? At least this would have given the drama some kind of narrative arc.

Partygate, in particular, was such a grotesque scandal that to purposely avoid adding extra scenes to include the affair is bizarre.

Likewise, the embarrassing spectacle of Johnson’s self-inflicted fall and Trump-like attempts to postpone the inevitable.

And I should note that the delayed official inquiry into the Pandemic has yet to really move into gear, let alone deliver its findings.

A little less haste and Sky may have landed something more substantial than a partially informed sketch of the Government’s response to the first wave of Covid during the opening six months of 2020.

In the US, the flawed 9/11 Commission Report was the source material for several dramatic reconstructions (including 2006’s The Path to 9/11), which at least waited for the publicly verified facts to become available.

By saying that This England is a  ‘sort of fiction’ does everyone a disservice if not billed as such — viewers, participants and especially relatives and friends of COVID’s victims. The latter group probably won’t be overjoyed with any attempts to empathise with Johnson, a character himself famously devoid of the ability. Witness his holidays and partying in his demob-happy weeks since getting the boot, as the nation sinks deeper into drought-stricken poverty.

And, at the risk of appearing snide, Johnson and current wife Carrie haven’t done badly in terms of casting in This England.

Ken Branagh and Ophelia Lovibond (Guardians of the Galaxy) star as the happy couple; a cut above the real thing, some might say. The director confirmed this when he said: “I hope Boris is flattered that we picked Kenneth Branagh to play him.”

My respect for Winterbottom has rapidly declined since he came out with that corker, ironically meant or not. For the roles of Boris and Carrie, I can only assume The Muppets were otherwise engaged – or refused the gig.

As with Oliver Stone’s W (2008) and the more recent Brexit: The Uncivil War (2019), the desire to produce a drama about current events sacrificed depth and veracity for a ‘quick-hit’ stunt. Incidentally, the actor Simon Paisley Day, who portrays Dominic Cummings in This England, played the peculiar UKIP MP Douglas Carswell in The Uncivil War.

But how will Winterbottom end the final episode?

I predict a slow endcrawl mournfully accompanied by the likes of Purcell’s Music for the Funeral of Queen Mary, Britten’s War Requiem, or Samuel Barber’s Adagio for Strings, whilst the grim Covid death toll is given, together with the results of the Johnson confidence vote and the date of the PMs non-resignation resignation speech.

As the credits finally come to close, Winterbottom ends with the audio of Johnson fatuously braying “Hasta La Vista – Baby” at his last PMQs.

What a prize ass.