Is HBO Max's retreat from Europe the start of a trend? 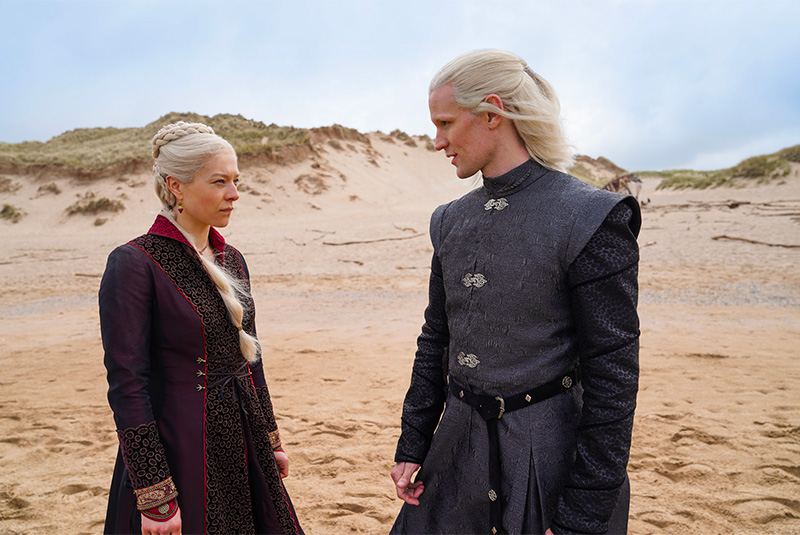 Inflation is partly to blame, but so is the limited appeal of generously-budgeted dramas aimed at small part of the global market.

Warner Bros. Discovery’s decision to cancel the global roll-out of HBO Max as a standalone service and call time on European Originals could signal a wider wave of retrenchment amongst streamers.

Despite recent hype about commissions such as Denmark’s Kamikaze, HBO will now no longer be developing bespoke shows in Central Europe, Denmark, Finland, the Netherlands, Norway, Sweden, and Turkey.

Which must be a metaphorical kick in the nuts for producers in those territories who may have hoped to get a slice of the lucrative commissioning pie.

Worldwide inflation, cost of living and other economic issues are part of the reason for this pull back, along with the limited appeal of generously-budgeted dramas aimed primarily at a comparatively small part of the global market.

In the case of Disney+, it’s difficult to see the logic in commissioning a one-off mini-series such as France’s Oussekine, which: “examines the terrible true events of 5 December 1986, that led to the death of a young student, Malik Oussekine.”

It’s not too far a stretch to posit that Netflix will in future concentrate on the ‘guaranteed’ hits such as Stranger Things (the streamers most-watched show since launch), rather than plough money into regional shows.

The news that Netflix’s Q2 subscriptions decline was ‘only’ 1 million, compared to the 2 million expected, will concentrate minds on pipelining viewers ‘must-see’ shows via franchises such as the new adaptation of Resident Evil, Enola Holmes movies, Rian Johnson’s Knives Out series, the long-threatened ‘Narnia-verse’ and Stranger Things spin-offs.

But, as Netflix is fully aware, nothing in life is certain. Witness the early cancellation of 2021’s Jupiter’s Legacy – the failed first step in a proposed ‘Millarworld’ of TV shows.

Likewise, Amazon Prime may want to capitalise on the success of series like The Boys and probable hit status of the Lord of the Rings sequel, instead of James May travelogues, foreign language series and the English language remake of Call My Agent! (the French hit rigidly adapted as Ten Percent).

The decision to cast Rupert Everett and Malcom McDowell in Italian production Everybody Loves Diamonds with “secondary roles that will add international heft to the high-end skein” (Variety) harks back to the days when Lew Grade thought he could shoehorn a few faded US stars into a GB show to ginger up international sales.

It looks like Comcast’s Sky will, out of necessity, continue to plough cash into regional productions such as Babylon Berlin, The Young Pope, Gomorrah, and Das Boot. But as a viewer, Euro puddings such as Ancient Rome drama Domina won’t be missed.

The launch of HBO Max in the UK in 2025 (in some form) will choke off a sizeable number of shows that would previously have been transmitted by Sky, so their Euro option guarantees some original series in the pipeline, if nothing else.

A concern for the TV industry in the UK should be whether the current UK production boom will come to an abrupt halt, as other streamers mimic HBO Max’s volte-face and turn to a strategy of retrenchment.

Paramount+ currently retains enough faith in the regional model (English language at least) to go big on UK productions. But, as with HBO Max, this could swiftly change if subscriptions fail to hit targets.

And finally, I mentioned Amazon’s lukewarm remake of Call My Agent! which has generally received mixed reviews.

Foreign Language drama service Walter Presents has (as previously threatened) branched out into adapting some of its shows into English language versions via its Eagle Eye label.

More than a few critics have complained that this derivative exercise seems fairly pointless, although it has undoubtedly filled the WP coffers and provided plenty of work for PR guru turned scriptwriter Matt Baker.

Over the last year or so, the industrious Baker has provided UK adaptations of Professor T (BritBox, ITV), Before I Die (Channel 4) and most recently Suspects (also C4).

He has also created and written this year’s Hotel Portofino for BritBox, making Baker a one-man drama machine for Eagle Eye.

This does come with drawbacks though, as it would be fair to say that Suspects (in particular) was not a hit with critics.

Writing in The Independent, TV reviewer Nick Hilton commented: “The writing and plotting are so trite that the series almost has the timbre of parody. The dialogue ranges from the hackneyed to just plain weird, via the deeply terrible. It all has the feel of a not-terribly-competent first draft of a script written by someone who has acquired Nesbitt’s phone number and has 48 hours to cobble together a project for him.”

‘Say what you mean,’ as the phrase goes.

One thing that does baffle me is that C4, the supposed champion of original ‘telly’, opted to commission re-dos of two Nordic Noir shows.

Above my pay grade, I guess.