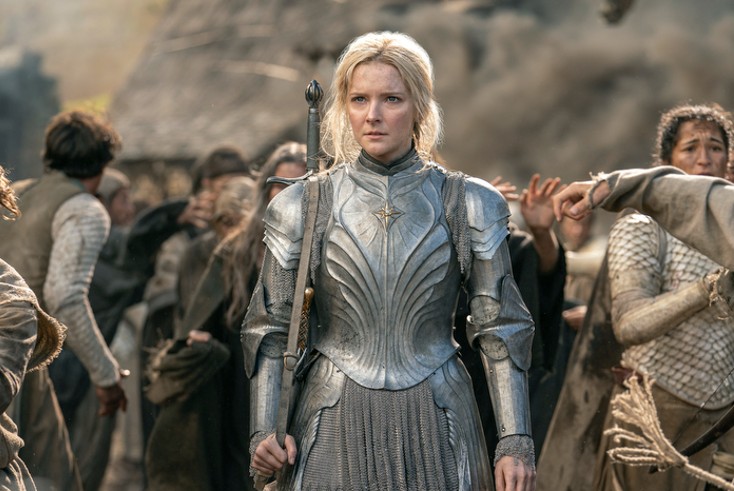 Have TV commissioners dangerously devalued the process with their clichéd insistence on ‘disruptive’, ‘ground-breaking’ and ‘immersive’ shows?

Netflix has had 10 years of innovation, and that’s an incredible story. It’s kinda easy to do it in the UK. This really is ours to f*ck up.

Brave words for Anne Mensah when recently discussing her ambitions for original commissions in the UK, only slightly undercut by the fact that at the time she was announcing a documentary series about Robbie Williams, the former “fat dancer from Take That”, (according to Noel Gallagher).

Her unveiling of a series based on Guy Ritchie’s The Gentlemen was hardly a ‘Eureka!’ moment either, one which filled those familiar with Channel 4’s godawful Lock Stock spin-off and Crackle’s Ron Weasley-led Snatch (2017-18) with an understandable feeling of dread.

I’m loath to use the term ‘creative deficit,’ but I call ‘em as I see ‘em.

Of course, there are exceptions, such as Epix’s Get Shorty series (2017-19), but significantly the show originated from the pen of Elmore Leonard, not Ritchie.

Mensah’s seemingly complacent attitude was also mirrored at the 2022 Edinburgh TV Festival by BBC content jefa Charlotte Moore, who had the moxie to claim rebooting a hit show was an act of creative innovation.

“I don’t think it’s that easy to bring titles back and be successful – I think it actually takes a lot of creativity and it’s a real creative challenge,” she told Digital Spy.

Admittedly this was before the “bright sunlit uplands” of Brexit, but (lest we forget) Waterloo Road was set in the 2010s and only ended in 2015.

Not really a case of wrenching the show from an era of mudlarks, cobbled streets, trams, ‘Touching for the King’s Evil’, and workhouses, although it’s depressing to note that child poverty, soup kitchens and cholera are all making a comeback.

As the phrase goes, ‘there’s a reason it’s called show business, not show friends,’ but the endless industry sophistry and BS that surrounds nakedly commercial moves becomes more than a little self-defeating.

Witness the tortuous ‘artistic’ explanations for Amazon and HBO cashing in on the success of Lord of The Rings and Game of Thrones with pedestrian (so far) prequels The Rings of Power and House of the Dragon.

Amazon recently revealed that they were making a TV series follow-up to Denis Villeneuve’s bum-numbing sequel Blade Runner 2049 (2017), not something I noticed a huge public appetite for.

The streamer is also reviving Butch Cassidy & The Sundance Kid for a series; let’s hope it’s an improvement on Richard Lester’s B&S: The Early Days (1979) where Tom Berenger and William Katt tried (and failed) to fill Newman and Redford’s charismatic cowboy boots.

The fight between creativity and commerce is a constant struggle, but depressingly, commerce seems to be the victor more often than not, with even the publicly-funded BBC wasting cash on re-dos of non-Corporation formats Survivor and Gladiators.

But, as previously stated (many times), if you hire a former sugared-water salesperson as editor-in-chief, what can you expect?

Have commissioners dangerously devalued the process with their clichéd insistence on ‘disruptive’, ‘ground-breaking’ and ‘immersive’ shows?

These have pushed aside more traditional programming that lacks meta-gimmickry but tends to be more repeatable than the likes of The British Tribe Next Door or upcoming new BBC1 series The Traitors.

Is it time for commissioning chiefs to possess (or seek) more expertise in their respective fields?

The BBC Writersroom has attracted some internal criticism as being a sausage factory geared to churning out product for soaps and generic episodic drama, rather than nurturing original voices as such.

Some might say working on these kinds of shows instils discipline, focus, and greater facility with dialogue and the mechanics of plotting.

Others argue they can have a stifling effect on creativity.

Down the Hobbit Hole

Although, to be fair, the system has its defenders, particularly Sir Lenworth Henry, who praises BBC drama commissioners willing to say, “We think this will be quite an interesting story to tell: you should tell that story,” whilst criticising streamers, “They want to know if it is going to sell before they think it’s going to be any good.”

It must be noted that Sir Lenny happily took the Bezos shilling to play comic-relief Irish-accented proto-Hobbit Sadoc ‘Sandy’ Burrows in Amazon’s Tolkien-lite epic The Rings of Power.

C4, which should be leading the field by virtue of the channel remit, made hay with last year’s It’s a Sin, but has little else of note to brag about — with (I suppose) the exception of the harrowing Covid-themed care home single drama Help (2021).

The series was penned by C4 fave playwright Lucy Kirkwood, who adapted her own geo-political stage success Chimerica for the broadcaster the previous year, to a minimal audience.

Is there a model for the future?

No one-size-fits-all, but streamers and broadcasters should take a look at companies such as producer/distributor A24 (Euphoria, Mo, Irma Vep Ramy) currently firing on all creative cylinders. BBC drama chief Piers Wenger departed for A24 last year, which may well herald an increased UK presence for them.

Maybe Ben Stephenson (another former BBC drama head honcho) can provide some much-needed advice to UK commissioners, now that he’s left JJ Abrams’ Bad Robot after a successful stint as head of television at the company.

With the departure of acting drama boss Ben Irving (Sherwood, Giri/Haji) together with colleagues Manda Levin and Tom Lazenby, the hire of comparitively untried Netflix executive Lindsay Salt as full-time head looks to be a big gamble for Auntie.