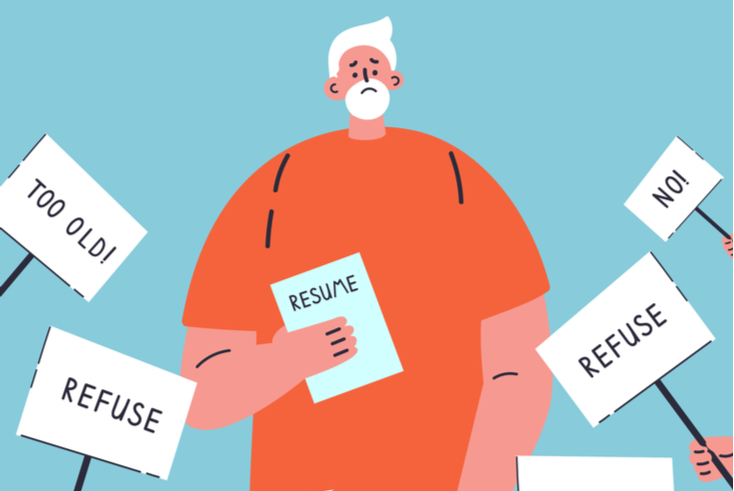 Dominic Mills offers other ways of looking at the ageism debate

The only way I can explain the furore which exploded last week about the ageism issue in adland is that we live in febrile times. Unexpressed anxiety sits so close to the surface for most of us that it can be set off by the smallest of triggers.

Such it was when WPP boss Mark Read noted, in answer to an analyst’s question, that the average age of the WPP employee was about 30. It was an unscripted comment and designed to show investors how Read was turning WPP around.

LOUD BOOM. The world goes bonkers and Read immediately feels obliged to prostrate himself before the court of public opinion, saying “people over 40 can do great digital marketing just as people under 30 can make great TV ads.”

And of course in this whole saga, Read handed the man with a grudge to bear the opportunity to throw a few more poisoned darts his way in the Sunday Times at the weekend. Here’s one of Sir Martin Sorrell’s more barbed comments: “A lot of people that have gone from WPP have a lot of history and experience and knowledge, which is extremely valuable. And when you throw them out, you throw out the corporate memory.”

Hmm…gosh…who in earth could he be talking about? (Some advice for SMS: time to move on).

Anyway, I’m with Havas’ Vicki Maguire on this. She thought Read should be cut some slack, and his mistake was to use age as a proxy for transformation. Maladroit and insensitive perhaps, but nothing like as bad as everyone made out.
[advert position=”left”]
The broader question, however, is whether adland has an age problem or, to be more precise, a bias in favour of youth. Just for a bit of perspective, let’s look at the wider world.

Two septuagenarians are vying for the most powerful job in the world and one, if he wins, will be 82 when he leaves the White House. The world’s two best footballers are the wrong side of 30, the age when Premier League clubs generally consider them to be ripe for the knackers’ yard.

On the other hand, the average age of Boris Johnson’s cabinet — and I offer these numbers in an apolitical way — is 47.7, younger than Theresa May’s (51) and David Cameron’s (53).

And as for the industry itself, the latest IPA census data shows that 44% of the industry was 30 or under, while 6.3% were 50+; so WPP is broadly in line with its peers.

I’d also point out that, broadly, the youthfulness of the ad industry matches that of its clients’ marketing departments in totality. In other words, they have a similar age pyramid, although in DTCs and start-ups it may be even more skewed to youth.

To me, the row highlights both an industry strength and a weakness. The strength is that age is no barrier to advancement. I love the fact that the industry is so youthful. All that energy, enthusiasm, fresh thinking and, yes, naivety.

The weakness is that it is set up financially in such a way as to penalise older, and therefore more expensive staff. Either they find they can no longer progress or the system grinds them down and spits them out. All that experience, perspective and institutional knowledge is at risk.

But not all of it is wasted — it just goes elsewhere. In previous columns I’ve noted how one of the differences in the industry now as compared to, say, 15-20 years ago, is how those older adlanders are finding opportunity outside the usual places.

That doesn’t solve the problems of the big agencies in retaining the 50+ cohort, but here are some things that might.

First, offer a career path that means staff, once they get to a certain point, aren’t forced to go into ‘management’ if they want promotion and more money. Managers stop doing what they’re good at or practicing their craft and become consumed by other things. I’ve seen this in journalism: great writers or news-hounds take on roles they’re often a) useless at and b) hate.

Second, accelerate (I think it’s mostly happening anyway, but it will certainly now post-COVID) flexible working arrangements to attract back returners or those who have left to parent or care for family. Most will be over 30.

Finally, note the profusion of industry 30 Under 30 awards (just Google it). Even actuaries have one. But don’t kill them. They’re vital.

If anyone wants to enter them, that is.

CarolineAistrop, Creative Director, Green Spark Marketing, on 07 Sep 2020
“A few years ago, a (female) friend told me that women become invisible after the age of 50. As I'm now a woman who's a few years over that boundary, I understand what she means. Does the same apply to men? I love the idea of the 50 over 50 awards. Could there be some young people on the judging panel? Then they'll learn what great experience and talent we older people have to offer, even if our fingers can't type a social media message at the speed of light.”
JohnBillett, Director, IDComms, on 07 Sep 2020
“And while you are fixing the 50+ and 60+ awards don’t overlook the 70+ group. If Dominic looks hard enough he will find several candidates. And we’re still creating business as well as doing business. JBGB Events led by a 75+ ad man has become a leading music concert promoter empowering some outstanding under 30 musicians”
JoTomlin, Communications Director, Magnetic, on 07 Sep 2020
“I'm all in for some '50 Over 50' awards. Just as long as the ceremony is online, I can wear my slippers and it finishes by 8pm.”