Advertising should treat downturn as an opportunity 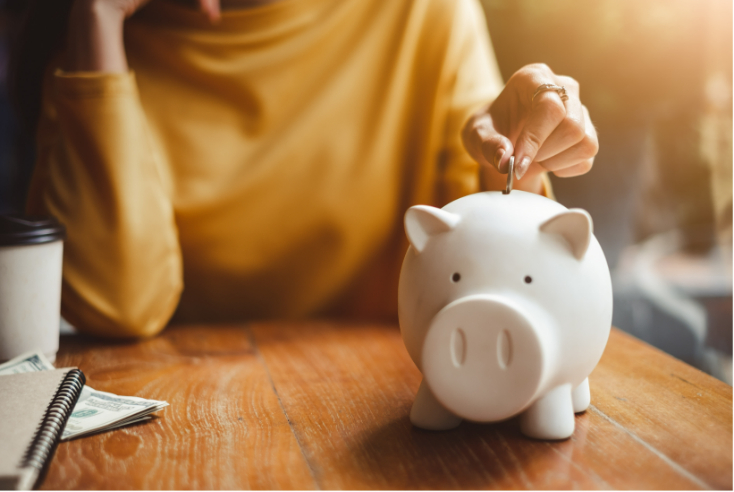 The downturn is an opportunity for the advertising industry to align more closely with clients’ business objectives.

We’ve been living with a looming energy crisis for more than year and it’s evidently rapidly worsening. This isn’t new news (although it seems to have taken the Government by surprise!)

The effect on consumers is going to be sudden, severe and we will see unprecedented changes in spending behaviour.

This will not be a ‘normal’ recession, if such a thing exists. The 2008 recession was caused by a banking collapse originating from bad sub-prime loans in the US housing market. World leaders had clear sight of what had caused it and some control of the levers that could help navigate out of it.

It won’t be the case this time. The causes of this recession are multi-faceted, ranging from gas supply issues, a downturn in the Chinese economy, problems with supply chains, a semiconductor shortage, and all exacerbated by a significant European war. None of these factors are in the control of western leaders.

And it could also last for, at least, a couple of years.

What has changed since the recession in the 1970s?

I grew up in the seventies wearing flared jeans, a tank top, and desperately wanting a Raleigh Chopper. I experienced the three-day week and doing homework by candlelight.

It was dire. Endless strikes and rubbish piling up on the street; there was an oil crisis and rampant inflation. The company that employed my dad went bust, we had to make significant cutbacks, sell our family home, and my parents rented a smaller house for five years.

Our family’s experience wasn’t abnormal, but that recession fundamentally changed society and there is every likelihood that this downturn could be tougher than the seventies and significantly shift the zeitgeist again.

Significant proportions of consumers are now going to have pay more for energy than they pay for their monthly mortgages. This is going to have profound effect on consumer spending and they will make choices that previously would have been outside of any predictive model of behaviour.

People will be forced to re-evaluate many brand choices that they were previously loyal to.

The advertising industry has developed in the last sixty years with the advent of mass consumerism supported by broadcast media.

Fictionalised in AMC’s Mad Men, it was almost a second industrial revolution driven by mass consumerism.

It has obviously evolved over time, especially with the rise of digital and the growth of international retailers from Ikea to Amazon, but the principles have remained the same.

The success of the business model may have led to some complacency within the industry; we tend to protect the status quo rather than quickly adapt to client needs as circumstances change, whether driven by technology or economic factors.

The current response to the cost of living crisis seems ‘naïve’

We are entering an unprecedented period of turmoil, yet the general response from the industry seems to be that successful brands should continue to invest in brand building and maintain share of voice. In essence, keep calm and carry on.

I think this approach could be considered slightly naïve. It displays a dissonance between the pressures that many clients’ businesses face and the advice that the advertising industry is giving them.

I don’t imagine, especially in an increasingly ‘direct-to-consumer’ world, that brands willingly cut spend, but if CFOs are faced with uncapped energy costs and collapsing consumer demand, they will have no choice but to reduce advertising budgets (and remember that unlike residential homes, company energy tariffs are not capped, leaving some business owners facing an increase in bills of more than 350%.)

The IPA’s advice on managing a recession is based on the research by Binet and Field, which has an almost messianic cult following. It’s based on analysis of the performance of around 50 IPA case studies covering the 2008-9 recession, and it shows that brands that continued to spend significantly on brand communication and maintained share of voice are most successful in the long-term. It also suggests that most recessions are usually pretty short, lasting for five quarters.

My concern is that using the outcomes of previous recessions to predict this one maybe invalid, we also may come across as out of touch with economic reality and not necessarily acting in our clients’ best interest.

What should the approach be?

My view would be that we look more closely at the fundamentals of the economic benefits that advertising investment actually delivers and how it can address short-term issues that brands currently face, namely acquiring and keeping profitable customers.

The effect of the downturn is not evenly spread. Our recent Energy Pulse research with YouGov shows that about 40% of consumers are hit really hard and it’s starting to impact middle income families. But there are also groups who are less affected: older people with savings or affluent enclaves around metropolitan areas, as examples.

The opportunity for brands should be to focus on the most valuable customers who will deliver the greatest return.

In the last year, we’ve been analysing millions of customer records across a wide range of brands in different categories.

If I were a CFO, this would really interest me. If I’m told I can identify who my most active and valuable customers are and then target similar ones who could be equally profitable, I would be prepared to invest.

Addressable media now has the tools, levers, and techniques to do this. In the downturn, I would be using as much data as possible to understand and identify core consumers and focus limited budgets on only targeting the highest potential prospects. This should be a real benefit for marketing directors, as they can show genuine value is being added and deliver an identifiable return.

Focussing on the fundamental economic KPIs of any media investment makes huge sense. We need to talk the business of the boardroom to justify expenditure.

This isn’t at odds with investment in brand communication, but it needs to be able to prove it delivers a return.

Understanding how consumers are likely to behave and changing the tone of communication will be critical.

Consumers will now incredibly aware of what brands do, it won’t be just about how brands talk about themselves, consumers will scrutinise how they behave. Inauthentic or cynical brand behaviour will be highly criticised, demonstrating empathy is vital.

I’ve sensed there has been a growing gap between the language of the advertising industry and commercial focus of clients, the downturn creates an opportunity to realign them.

Charlie Makin is the founder of Pintarget and a Director of the What’s Possible Group.