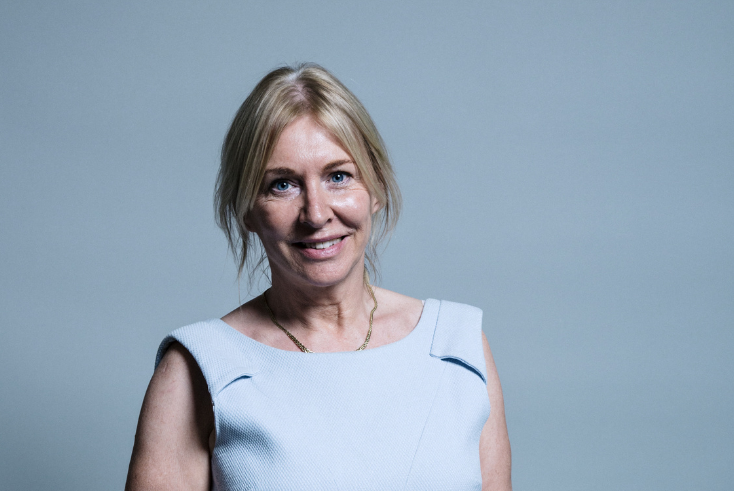 Senior industry voices have warned about a “revolving door” in the department of digital, culture, media and sport after Nadine Dorries replaced Oliver Dowden in a cabinet reshuffle.

Dorries’ appointment last night made her the 10th culture secretary in as many years after Boris Johnson reshuffled his Cabinet.

This is a first Cabinet post for Dorries who is seen as a pro-Brexit loyal supporter of Boris Johnson and an outspoken MP for Mid Bedfordshire.

She replaces Dowden who was made Conservative party co-chairman.

Paul Bainsfair, director general for IPA said: “As our extensive advertising research shows, to build your brand and to achieve the most effective and consistent growth, one must invest in the long-term. And I can’t help but apply this sentiment to the role of Culture Ministers.

“Unfortunately, it appears that this post seems to be something of a revolving door for Ministers; this being our tenth in 10 years.

“It would be good to get some longevity in order to work together to build Government’s understanding of and respect for the ad industry’s significant contribution to UK Plc.”

‘I hope she is willing to put in the work required’

On Dorries’ agenda at DCMS will be the creative industry’s recovery from the pandemic, social media regulation, and the future of the BBC license fee.

The timing of Dorries’ appoint is also “incredibly disappointing”, according to Jan Gooding, who was formerly  global inclusion director for Aviva and chair of the board of trustees for Stonewall.

Gooding, who is also a Mediatel News columnist, said: “This is a position that seems to go through constant change so there is an inevitable lack of continuity and experience.

“Once again, we have a new minister just as so many important reviews with regard to big issues like the future of Channel 4, the regulation of ‘junk food’ advertising and the harm caused by social media are coming to fruition.

“As an ex-nurse and author she will not be familiar with our industry and that concerns me more than her politics. I hope she is willing to put in the work required and gets good advice. Or we may get some unwelcome disruption.“

Phil Smith, director general for ISBA, said of the appointment: “Our members need certainty to enable them to help drive the economic recovery. They also need a government which engages meaningfully with industry to shape its future direction; which reaffirms its support for the gold standard self-regulatory system; and which is willing to hear evidence in order to make policy that will make a real difference.

“Advertising is at the heart of ‘building back better’. We look forward to discussing with the new Culture Secretary how the investment we make and the technology we employ can play their part in meeting the challenges that we all agree are urgent.”

Bob Wootton, was formerly director of advertising and media at ISBA, noted that the industry would have to restate current arguments over HFSS advertising restrictions and the proposed online harms legislation.

Wootton (also a Mediatel News columnist) explained: “The background to this is that government ministers move all the time. We have to reset the clock and make all the industry’s old arguments all over again. It’s a thankless task.”

While Dorries briefly lost the Tory whip for appearing on ITV’s I’m a Celebrity…Get Me Out of Here in 2012, she rejoined the party a year later and previous to this role was Minister for Mental Health.

Jon Mew, CEO of the IAB UK, added: “Our industry is undeniably facing a challenging regulatory landscape and there is a high degree of business uncertainty being created by developments such as the HFSS online ad ban and the ongoing Online Advertising Programme.

“We need a stable environment for businesses to flourish and we hope we can work with the new Digital Secretary to further the innovation and success of our world-leading digital advertising industry.”

John Whittingdale was dismissed from his role as Media and Data Minister today and a replacement has not yet been announced.

Before his departure, he made an announcement to the Royal Television Society that “distinctively British” programmes should be the focus for public service broadcasters.

Whittingdale has been widely seen as the driving force behind the government proposals to privatise Channel 4.