‘A transformational job’: how PPA’s CEO Sajeeda Merali is building for future 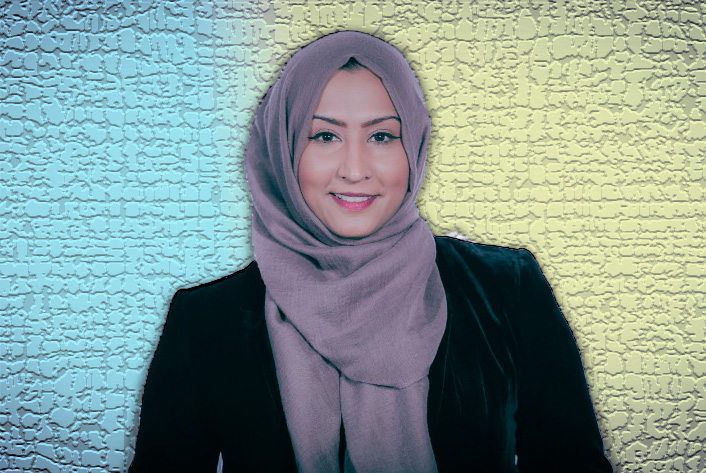 Sajeeda Merali, chief executive of the Professional Publishers’ Association (PPA), talks to The Media Leader about her forward-looking vision, starting out in publishing and observing Ramadan.

Sajeeda Merali could have gone in a very different direction with her career having studied chemistry and physics at university.

However, she quickly realised she did not want to spend any more time in a lab, with mostly boys at that time, and so was in a “limbo stage” after graduating like many others, before a friend convinced her to apply for a recruitment advertising sales role.

Merali says her friend “really sold up” the job, the fact it was in media, and based in Soho being its main appeals.

So started her journey in media and publishing and “the rest is history”, she laughs.

More than 20 years later she is the chief executive officer of the PPA, supporting more than 250 companies.

Between the two roles, she spent 15 years at Incisive Media moving to the insurance division which eventually sold to Infopro Digital, and then moved to Euromoney, and finally was chief revenue officer at The New Statesman Group before starting in her current role at the PPA in September 2021.

Throughout her previous roles, she says there was a a lot of digital transformation and she was “really lucky” to have some great leaders and good culture throughout her career.

She describes her time at Infopro Digital as when she started taking on bigger leadership roles and driving change with her team, while Euromoney was “a real career highlight” where two years in she had helped create an “amazing and diverse workforce”, making double-digit profits and “motoring” on US expansion.

Now, as CEO of the PPA, Merali has a “clear forward-looking agenda” and jokes she needs to go to Timpson to get her shoes re-heeled as she has been running around London so much. Merali has been busy meeting members to get under the skin of the different challenges and needs they have.

The PPA’s members range from huge consumer organisations like Future, Immediate, Bauer and Hearst, to mid-tier B2B publications and independent publishers who all have very different needs, she says.

The challenge Merali faced in the first 90 days after she started in the role in September was how to find “the strategic glue” that makes the PPA relevant for all of these diverse members.

Merali explains the common challenge facing publishers is they were all trying to create trusted content for a very specialist community. This content, she explains, is focused on what people do for a living, and what their interests are, because those concerns drive how they connect with others.

“That really gives us an edge as an industry that we’ve got that real deep engagement with these specialists communities,” Merali says. “That is very different to what the newspapers do, what broadcasters do and obviously what audiences get from the big tech platforms and it’s really what makes us really desirable as an industry.”

A transformational job and project

Part of Merali’s agenda now is carrying out a “transformational job and project”, which means rethinking some perceptions that other industries might have about the PPA.

The body is also rolling out programmes that speak to the challenges of multi-platform publishers, such as the recent launch of PPA Decodes in January alongside an MBA-style lecture series on data strategies.

PPA Decodes is a series of events centred on “binary topics” in the industry looking to demystify complex issues facing publishers with debates around buying or building your tech stack, reach or relevance with audience growth, or paid or organic sustainable audience growth.

She explains: “This programme is not going to be one or the other, you’re not going to build or buy right, but through that discussion, what we are trying to do is help members understand where they are on that scale and how they can take what they learned from those discussions and essentially, decide how to embed that into their own strategy.”

This is intrinsic to the role of the PPA whose role is not to fix the problem specifically, whatever it may be, but to facilitate discussions so businesses can access the right information to understand what is right for them, she says.

Merali is also spearheading the PPA Festival taking place at the Tobacco Dock on 19 May, which she will open with new chair Nina Wright, which she mentions as a source of pride that two women will front the festival.

“It is going to be ‘all of the above’ but on speed,” she laughs, with five stages related to the three pillars essential to the organisation’s mission which will be part of a rebrand later this year.

The main priorities of the PPA are going to be distilled in to people, products and audience later this year, which quite neatly fit in to the organisation’s acronym.

These pillars also link back to collaboration, progress and decode, explains Merali.

Collaboration means bringing together and facilitating discussions between groups of people that have shared interests and challenges, focussing on the PPA’s steering groups, and integrating Magnetic to help with conversations with agencies, commercial leaders, audience measurement, advertising space

Progress is about “moving the dial on the representation of the industry” and driving the EDI agenda,  a particular passion point for Merali, as she shares her enthusiasm for the latest Tesco OOH ad for Ramadan, as she confesses come sunset she will have her “face down in a plate of sandwiches” as she is currently fasting.

The PPA will also be rolling out a series of workshops on allyship, right language and behaviours for people managers which will hopefully help with talent retention.

Another side to this is carrying out an audit on content to make sure publishers are speaking to audiences in the right way and asking questions like are their websites accessible and what can they do to make the biggest impact.

Decode focusses on making it easy for members to understand complicated topics around what is happening across the sector.

It’s important for the PPA to be picking up on those topics as they appear throughout the year and most recently on this, it did a session on how to cut through misinformation and disinformation.

With all of these pillars and topics, Merali’s main objective is to prioritise with her team of 12 (plus consultants) what is going to make the biggest impact for PPA members and drive value for them.

Merali hosts board meetings every six weeks with 10 to 15 PPA members and in these sessions rather than just speak about goals and targets, she does a “pulse check” of what is happening in “the world” of those present and how the PPA can help.

Several topics consistently come up, but she says it’s important to look at the big picture.

“The cookie apocalypse is important at a level, but there’s also lots of other things going on. That’s really important, specifically for digital publishers that are doing a lot of programmatic, but what we represent at the PPA is multi-platform publishers so the things that are really coming up is that war on talent, attracting talent but also making them feel like they belong in this industry,” she says.

Offering new diverse talent a career path and thinking about the diverse skill sets publishing can offer is also important as she comments: “It’s not just editorial or sales any more, it’s data scientists and digital marketing roles that are really helping drive these businesses forward.”

Other headwinds that are coming through on costs are also part of the discussion, particular for businesses with a print element in their portfolio because of rising costs in the supply chain and energy increases.

On top of that, the current cost-of-living squeeze, with inflation hitting 7% today, is making people rethink what they are spending their money on, along with the war in Ukraine which will all have an impact in the business environment, Merali adds.

Not only that, but how to best compete for audiences is a priority.

“There is a real competition for eyeballs out there and we’re constantly being kind of bombarded with information and noise and getting the cut-through and making sure that we are able to grow sustainable audiences for our brands is definitely something that’s that’s high on the agenda,” she comments.

Alongside all of that, Merali does not want it to sound “all doom and gloom” so another element to her work at the PPA is celebrating exciting innovations across the sector as people “ride the storm”.

With her background in science, measurables and data points are very important in leadership for Merali.

“Being very clear on your vision, giving clarity to your team members on what good looks like, how are you measuring them, what can they do to kind of be great and be even better. They are measurables for me,” she says.

She adds: “It’s about making it really easy for my team to do their job well, so how do I make that as easy as possible and part of that is removing obstacles, creating that path and making sure that they’ve got clarity on on the direction.”

Additionally being able to “read the room” and have empathy, listening and communication skills are key to bring people with you in a particular direction.

She comments: “If I’ve got a team that is feeling really safe and is able to take a bit of a risk and doesn’t feel like they’re going to get bollocked if they do something wrong, all of those things are super important. That relationship between me and my team is super important because that’s where you get a team that thrives.”

Merali says these leadership focusses can change over time depending on the situation you are presented with and it’s important to be able to “flex” different skills throughout your career.

She explains: “There are times when teams need direct clear direction, and it’s not about consultative type of leadership. When you’re going through a transformational journey, at the beginning, people need to be told where you’re going and what’s the deal? What is that leader going to need from each of those individuals? Then you get to a point where people are working to their full potential and moving into a more consultative relationship, where the leader can say what’s your opinion and which direction should we be gearing in?”