A reality Squid Game? There’s more where that came from 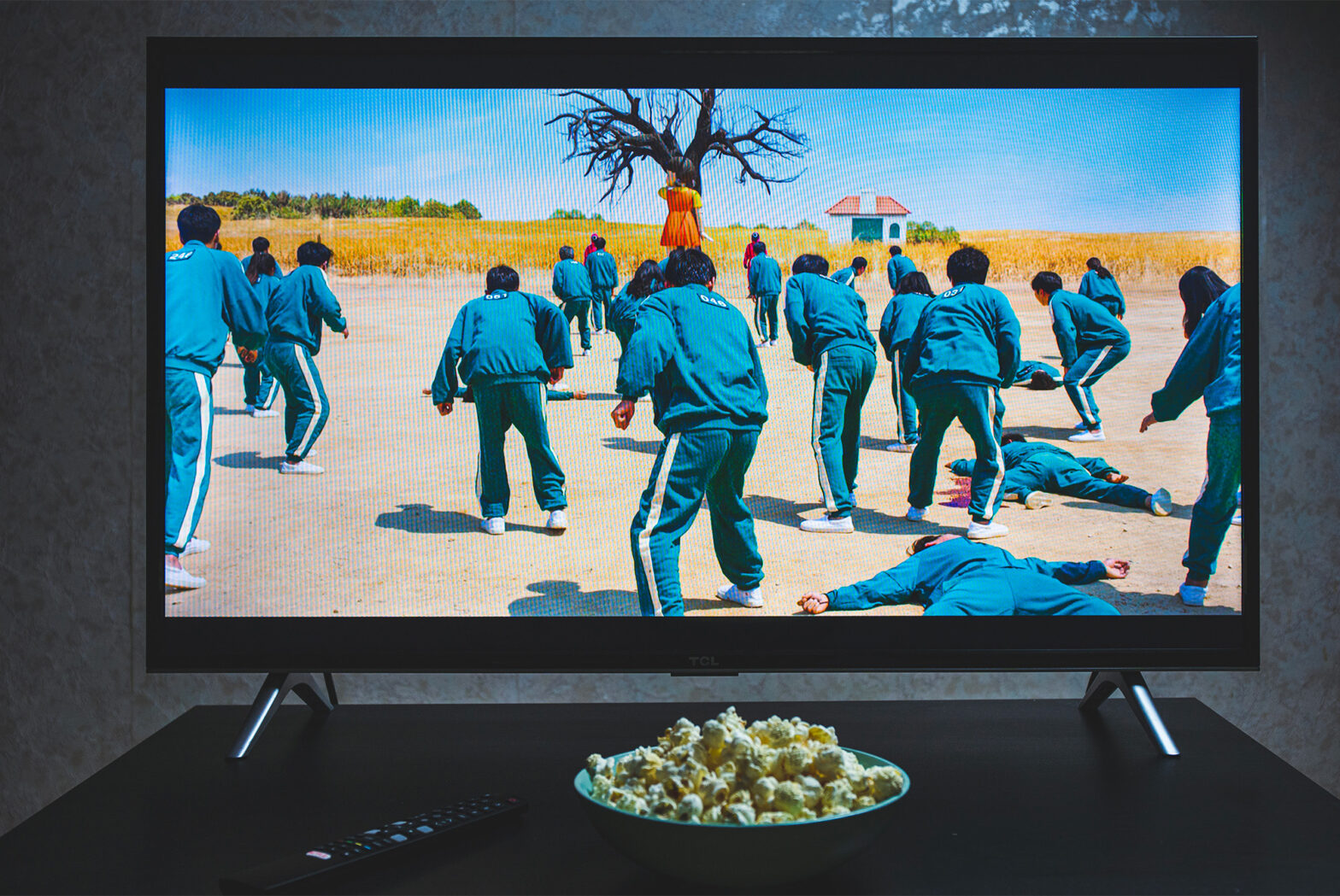 Knowing UK television executives’ general lack of imagination (I should know, I was one of them), I can confidently predict that they will be furiously searching for similar IP to exploit.

A commissioned Netflix game show based on hit thriller Squid Game will apparently not include the violent death of losing contestants, which kind of takes the fun out of the idea of a real-life version. For me at least.

Producers are hoping the £3.8m prize (the ‘largest cast and lump cash prize in reality TV history’) and the games inspired by the thriller series will hook viewers in, rather than prove a dud like ITV’s dismal, similarly hyped and simplistic Red or Black?.

The idea of a game show based on a movie property got me thinking of what a thrusting young TV producer/commissioner may be after.

Without further ado, here are a few ideas for them to mull over. (Creator’s fee 15% of worldwide sales, before tax, natch).

‘Just a bit of fun,’ as the saying goes:

Viewers can switch to ITV2 at 9pm, where Keith Lemon, Rita Ora and Brooklyn Beckham host an ‘Extra-Time’ show from the A&E department of nearby St Luke’s hospital.

A Celebrity 60+ version is planned as a one-off, with Eamonn Holmes’ team competing against Alistair Stewart’s grizzled crew – and there’s also a Love Island special in development.

Jamie Oliver and Gordon Ramsay form an unlikely alliance to take on the new breed of TV cooks led by Jack Monroe in an ultra-violent culinary contest.

The winner gets a lifetime contract with C4.

Can Mahon utilise the skills accrued through years in British ‘Telly’ to elude (Van Damme-style) the ravening mob and survive the day?

Amazon Prime Video extends its contract with the former Top Gear trio of unlovable misfits for this all-day live event. 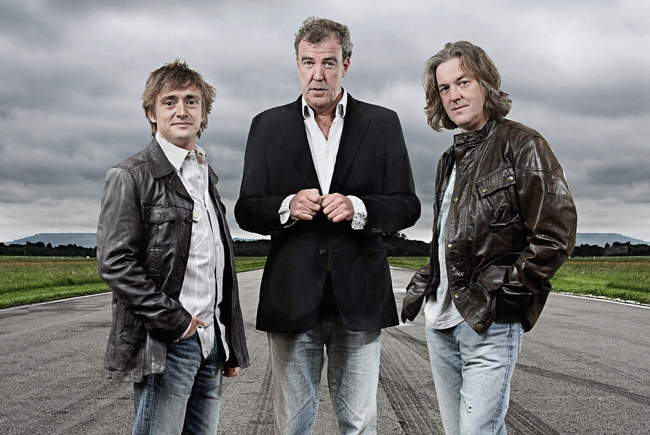 Clarkson and co try out a real-life version of the Paul Bartel’s classic 1975 satire, in an effort to run down all the neighbours who object to his various money-making schemes in the Oxfordshire village of Chadlington.

This innovative web series sees veteran UK television executive Dawn Airey transported into alternative reality where she is lauded for actually achieving anything of cultural worth.

A departure from the real world then.

The challenge? Will she ever be shaken out of her reverie?

Using the controversial ‘Woke vs White Nationalist’ movie as a starting point, this Fox News production flips the script as it’s Gammon against Gammon when GB News and TalkTV engage in a series of Ron Burgundy-style bone-crunching encounters.

Quoting a phrase from native Geordie homeland, Grimes declares to Graham “You’re a big man but you’re in bad shape” (Get Carter, 1971).

Wheezy Ofcom chairman Lord ‘Mick’ Grade espies the shiny object of another high-profile media job –  and off he goes –  can anything stop him?

Only the prospect of a role of even greater attraction to the attention-seeking oldster, it appears.

The PM’s wife Carrie Johnson goes back to her alleged college Satan-worshipping days in this Alistair Crowley-inspired knock-out contest, taking its cue from the enjoyable 2019 horror-comedy.

Can Carrie survive a night of riotous party games and become one of the demon Le Bail’s elect?

A Sky News Special. In an attempt to recapture his waning popularity, Prime Minister Boris Johnson hits on the notion of recreating this classic contest from 1985’s third Mad Max movie. 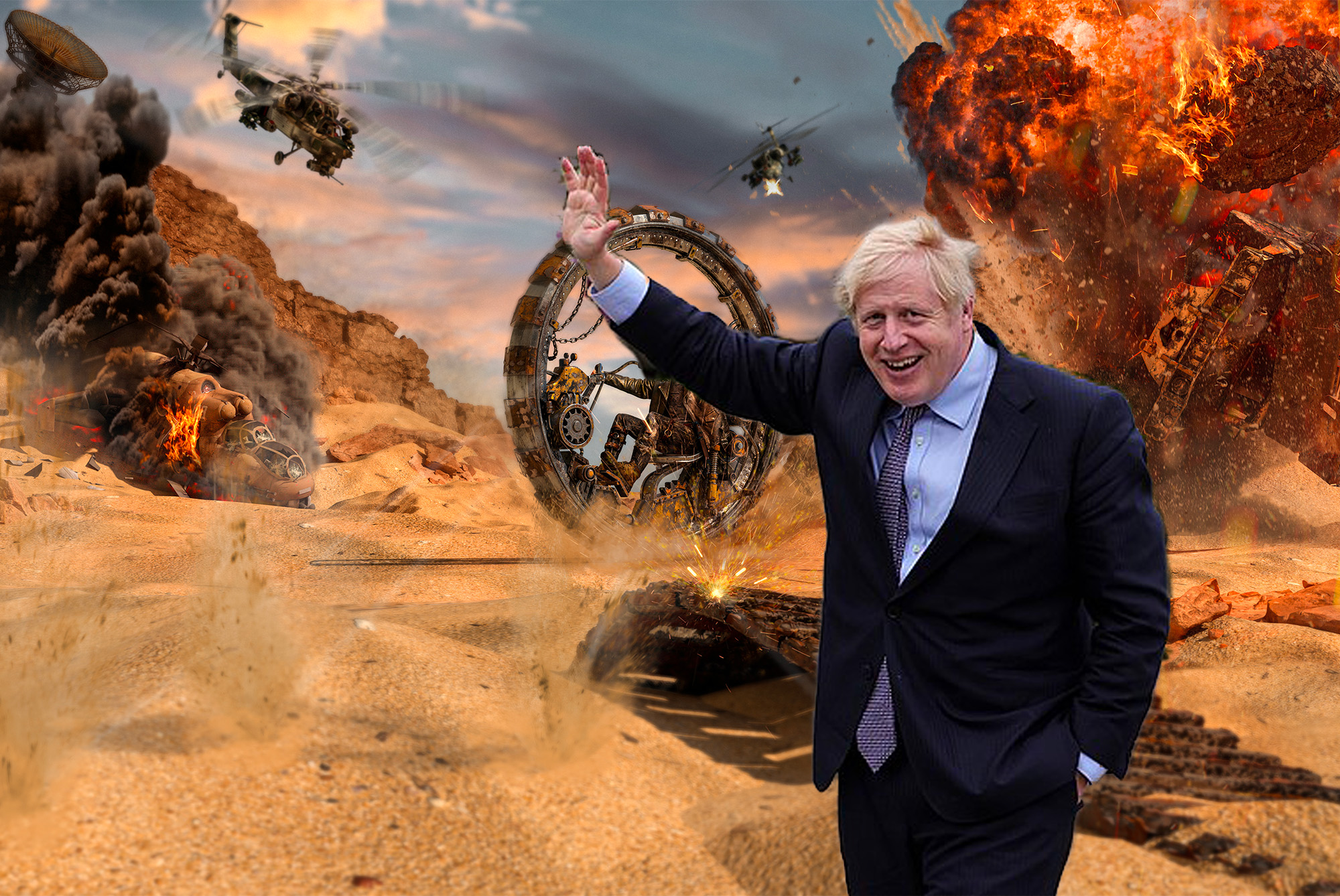 Johnson is the tubby Blaster; but without Master (Dominic Cummings) perched on his shoulder telling him what to do, can he outwit boring legal eagle Max (Sir Keir Starmer)?

The PM is banking on his Eton years playing rugby and more recent scratch matches against school children to put him over the top –  but will hubris entail nemesis?

This PPV event follows the outline of the movie, as high-level Disney+, Paramount and other executives are locked inside an office block when a mysterious disembodied voice announces that only one will be released.

Kill or be killed, so no change of corporate culture there then.

The bloodthirsty Japanese cult picture is adapted for the BBC’s Saturday night challenge to ITVs Rollerball.

Director-general Tim Davie’s peculiar view of public service broadcasting sees junior state school kids get to demonstrate their initiative in a fight to the death with each on the River Blackwater’s Osea Island (last seen in Sky Atlantic’s The Third Day).

The winner gets a year’s free school meals and a slap-up lunch (optional) with education minister Nadhim Zahawi.

HBO is developing a GoT sequel about his protagonist Jon Snow’s life post-‘mah queen’ Khaleesi.

Will it restore a measure of dignity to the tarnished brand (after its Season 8 debacle) –  or turn out to be HBO’s Joey?

We wait with breath unbated.