A bumper 2022 could make fools of us all 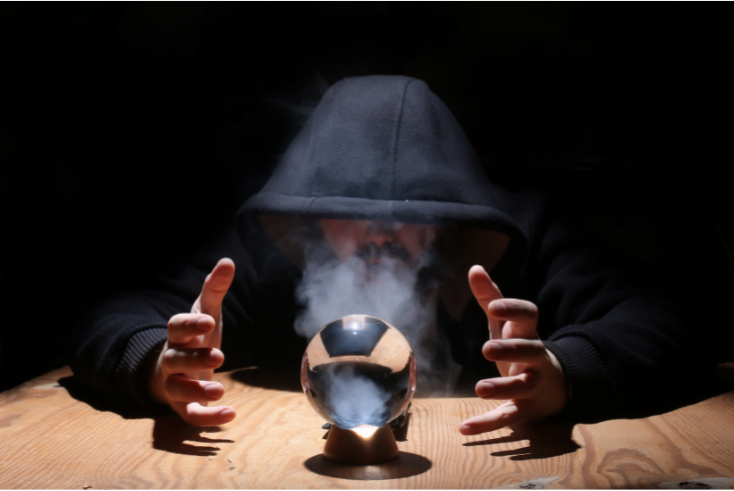 We’re being promised another big year of recovery for commercial media but this should not blind us to the forces of disruption that did not go away during the pandemic, writes the editor. It will also be a New Year in more ways than one for Mediatel News in 2022.

Predictions are a mug’s game. But we love them in the publishing business because it’s fun to speculate about the future and no one really holds us to account for making bad guesses.

After all, if life were truly predictable it wouldn’t be worth living. Getting predictions wrong, you could argue, is an implicit celebration of the human experience and its constant capacity to surprise. Being wrong is a source of existential comfort.

Industry forecasts based on research are different though, and we should note them with caution when the analysts behind them express surprise.

Take Group M’s Brian Wieser, for example, who described the UK ad market’s projected recovery last year as “the most surprising” of country performances given its marked economic hardship over the pandemic.

GroupM, WPP’s media-buying powerhouse, says the UK will have had the highest ad revenue growth total among major markets at 35.7% for 2021, well above its September forecast of 30%. Network agency forecasts by Publicis Groupe and Interpublic Groupe paint a similar picture.

And for 2022, we’re likely to see double-digit growth again. All three reports have pointed to the growing popularity of streaming, connected TV and online video as major areas of growth. This is despite cost-per-thousand (CPM) inflation and declining linear audiences.

Numbers may not lie, but they can disguise

In my conversation with Sir Martin Sorrell at our Future of TV Global conference last month, the S4 Capital chairman and former WPP supremo warned that agency forecasts are not appreciating the media industry has effectively split into two planets. One is a slow/no-growth analogue planet, and another is a high growth digital planet.

But Sorrell was even more circumspect about why there is such a strong commercial media rebound at all.

“I think we’re living in a little bit of a fool’s paradise at the moment,” he said. “Everybody’s luxuriating in the rebound this year in the traditional media, but that’s principally because GDP growth is being driven by fiscal and monetary stimulus.”

If, as many financial analysts expect, governments discontinue financial stimulus and tax rises at the end of 2022 or next year, this will be when “the rubber hits the road” and all this growth in traditional media spend will quickly evaporate.

So there is no room or complacency this year, even in the coming weeks and months we read reports about a bumper Q1 for TV broadcasters or market confidence returning to pre-pandemic levels.

Are you sure it ain’t broke and shouldn’t fix it?

The disruptive forces that engulf the media industry have not disappeared during the pandemic.

During the ‘good times’ is exactly when traditional media companies should be working hard to transform legacy operations into the kinds of digital businesses that advertisers expect. This is the moment when advertising agencies, which have generally struggled to hire all the talent they need during the 2021 recovery, should be forging more realistic relationships with clients instead of a “just give them whatever they ask for” mentality.

As pitch consultant Abintus co-founder Philippe Dominois reminds us this week, there is no longer an excuse for marketers to put up with a lack of media transparency when it comes to how their media is bought and sold.

And let’s not forget how stark the findings were of the first UK ad industry “All In Census” last year. This industry will only get better if it is more diverse, which shouldn’t just mean improving gender and racial-background percentages for staff, but also a meaningful effort to bring in talent with different points of view, life experiences and perspectives.

This means us, too

Some would argue resolutions are also a mug’s game at this time of year but I’m not one of them. It’s important for me to update readers on what our publication is about and where we are resolving to go.

Last year I outlined Mediatel News’ editorial mission to champion excellence, courage and inclusion in media. You may have seen our homepage logo now also makes clear we are part of the Adwanted Group and that “we are 100% Media”.

That means we strive to be 100% focused on the issues that matter to advertisers, practitioners, and consumers in this fascinating and quickly changing industry.

We will soon be changing many aspects of our content to reflect this as we aim to better champion and hold this industry to account through our journalism. You will see this in our newsletters, our everyday reporting and our thought leadership.

The look and feel of what we are doing may change, but our mission and purpose remains the same: stand up for excellence, courage and inclusion in media.

Leave a comment, DM me, or email omar.oakes@mediatel.co.uk if you have questions about what you think we should be offering as a publisher that covers commercial media, suggestions for themes, topics and stories we should cover, or new thought leaders who can offer a different perspective about what’s going on in this industry.